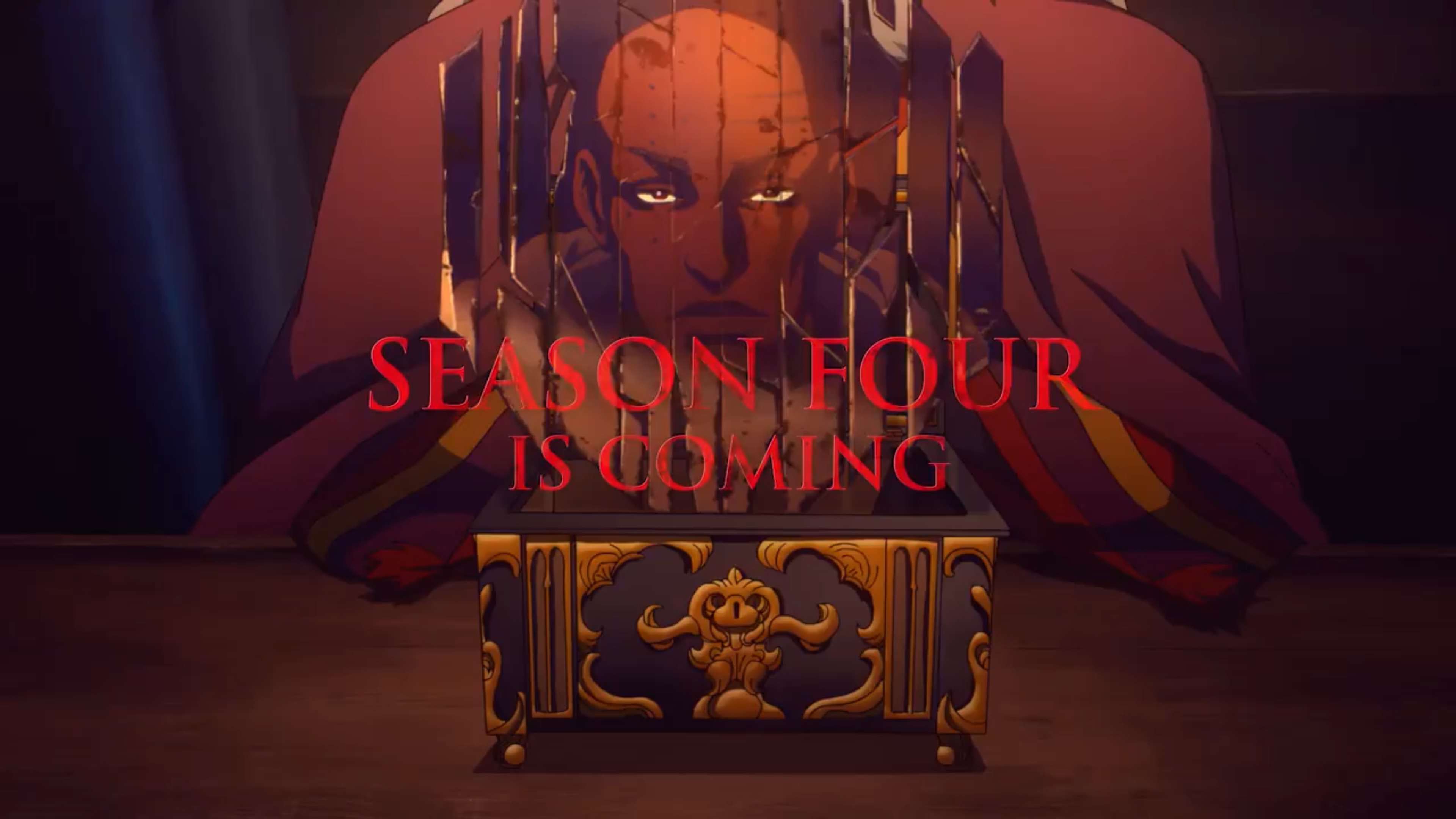 Castlevania will Return for a Fourth Season

While this is something a lot of us had hoped for and expected, unlike the likes of Season 2 and 3, which there were announced plans for, whilst eager fans were waiting for the first season to drop, today we have had official confirmation that a fourth series is in the works and it’s on its way.