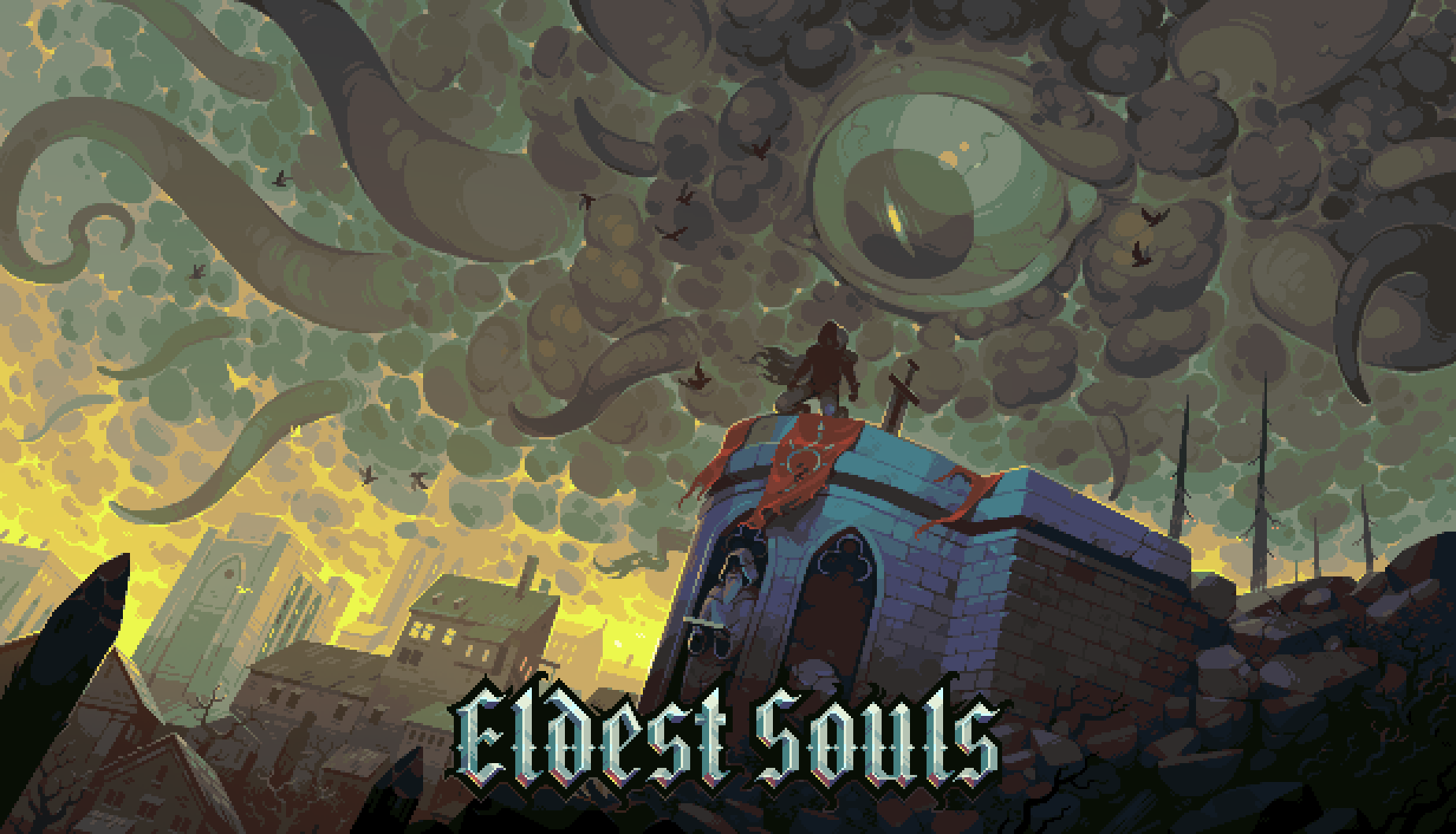 As announced during the Indie World Showcase yesterday, the Boss Rush action game from Fallen Flag Studio, Eldest Souls, is being published by United Label and releasing on Nintendo Switch this Summer. Prepare yourself and face off against ancient Gods and take their powers in pixelated goodness.

For more information, we have the official announcement below as well as a trailer for the Eldest Souls.

In Eldest Souls, the Old Gods have broken free from their long imprisonment, determined to wreak a terrible vengeance on all those who defied them. You play a lone knight, a great warrior, and the final hope of your civilization in the face of their wrath. Your mission: Slay them all.

To give players a more in-depth look at Eldest Souls, United Label and Fallen Flag Studio are participating in The Mix Live on Wednesday, March 18th. Watch The Mix Live here: www.twitch.tv/mediaindieexchange. Those eager to get their hands on Eldest Souls before the Summer release might get a chance sooner than they think.