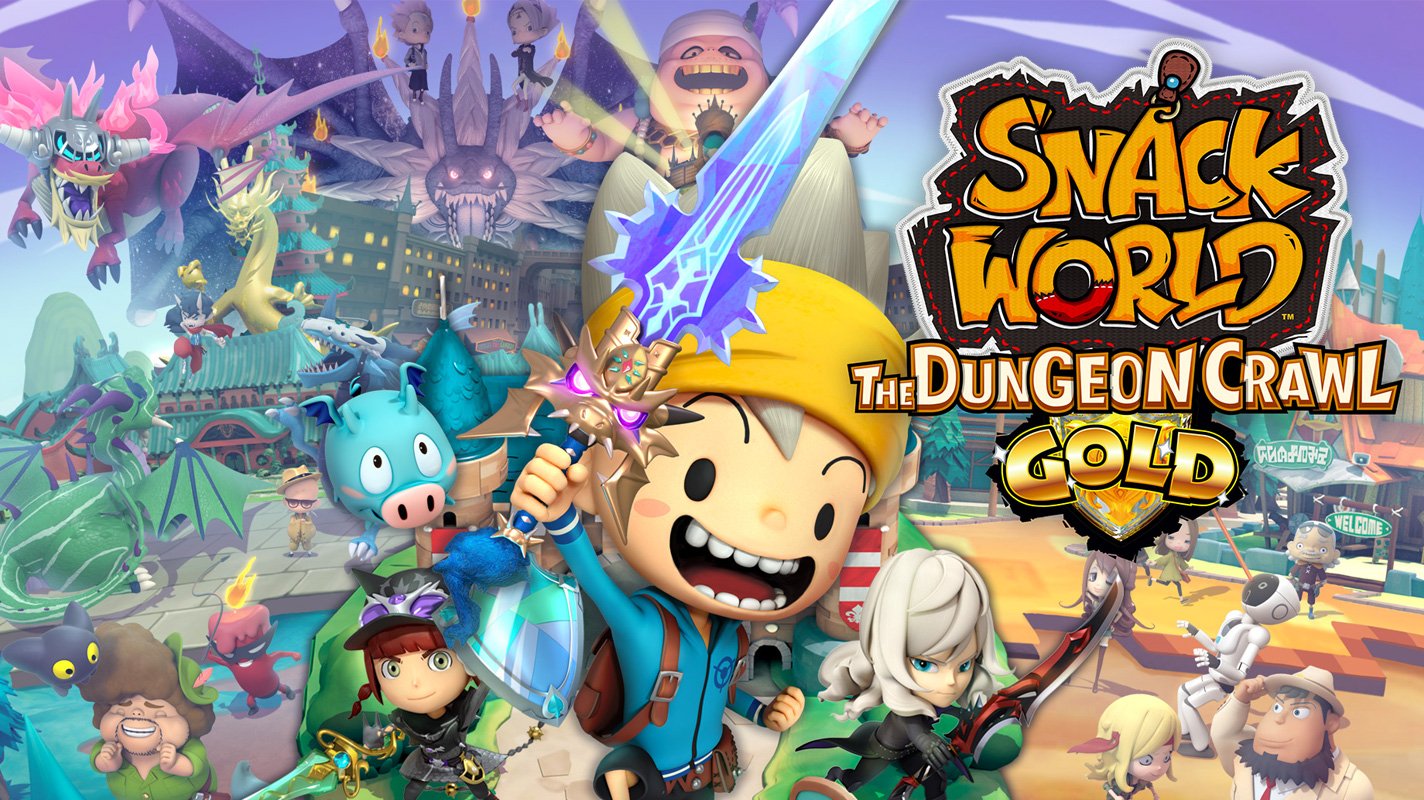 Snack World: The Dungeon Crawl Gold is an JRPG adventure game from Level 5 and is being published by Nintendo on February 14th. Level 5 is well known for their games like Yo-Kai Watch & Professor Layton. Snack World: The Dungeon Crawl GOLD is a re release Definitive version of the game that was only available in Japan on the Nintendo 3DS (which also saw a Switch release in Japan). Details including the official trailer and press release can be found below:

What is SNACK WORLD: The Dungeon Crawl?

Become a heroic adventurer in this roguelike RPG, crawling through dungeons in your search for rare treasure, on a mission to seek revenge against the villainous Sultan Vinegar that violated your village! You can even tag along in teams of up to four to take down tenacious tyrants!

You flop, inches from being a stiff, at the gates of Tutti-Frutti. You remember nothing…but at least you have fabulous new friends to adventure with!

You Are the Crawler of Your Own Dungeon!

Customize your hair, eyes, mouth, body, EVERYTHING into an avatar that best suits you, before heading out on your adventure!

Outfit yourself with “jaras”—weapons, shields, healing tonics, and status-buffing colognes with randomized parameters that can be shrunk down for ease of carrying—and switch them on the fly based on the baddies you’re battling!

“Snacks” are snapshots of quirky creatures and kooky characters that you can summon to your side in battle. Collect and trade snacks and jaras with your real-life friends…if you have any.

Bag Booty to Be the Star of Tutti-Frutti!

The more you achieve on quests, the more you’re bequeathed with chests! Each quest has varying conditions, with ultra-rare items up for grabs!

Lend a Hand to the Locals

Wake up Sloe White; aid the girl group Spicy Galz; help out a…vegetabulldog or a crock ness monster?!? Be the all-around good guy in side-splitting side quests!

High fantasy and high tech collide in this fourth-wall-breaking RPG with a modern twist for gamers of all generations!

What’s With the GOLD?

The GOLD version includes both expansion packs and other downloadable content from the original Japanese release of the game, free of charge!