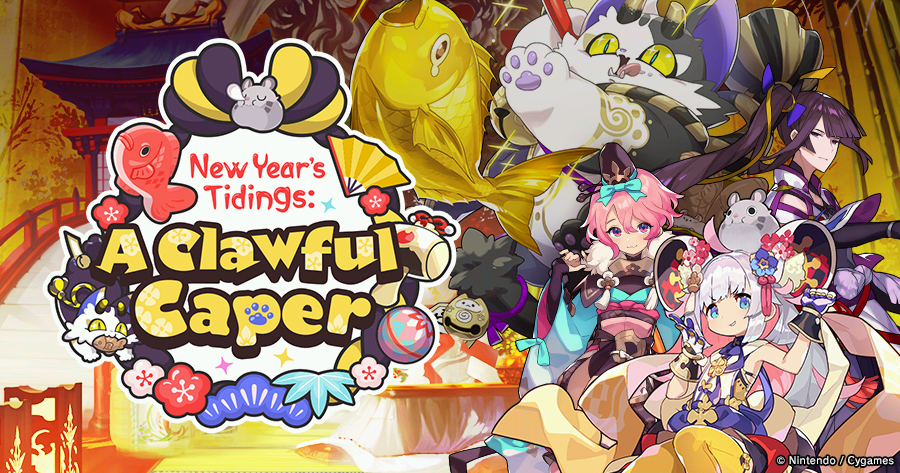 The “A Clawful Capper” raid event will start Dec. 30, 10 PM PT! Get ready for another frantic New Year’s at the Halidom!

A new summon showcase, the Prize Showcase, is live in Dragalia Lost as of Dec. 25, 10 PM PT! Appearance rates are increased for featured adventurers, such as the 5★ adventurer Naveed, 5★ adventurer Ezelith, and 5★ adventurer Cassandra!

Lucky letters have arrived in Dragalia Lost as of Dec. 25, 10 PM PT! Collect lucky letters and log in after Dec. 31, 10 PM PT to get randomly selected items depending on the number of letters you’ve collected!

The Agito Uprising, quests where you can fight against deadly foes from a new organization, are now live in Dragalia Lost! Clear them to get the materials required to craft 6★ weapons!

Starting Dec. 31, 11 PM PT, four Special Heroes ready to ring in the new year will be available in a Special Hero summoning event, Renewed Spirit! Also, in the next Tempest Trials+ event, you can earn 5★ Special Hero Eir: Renewed Life.

Alfonse: Askran Duo and Anna: Wealth-Wisher from the #FEHeroes game appear as New Heroes in the Renewed Spirit summoning event Dec. 31, 11 PM PT! Watch this video to learn tips from the Nintendo Treehouse.