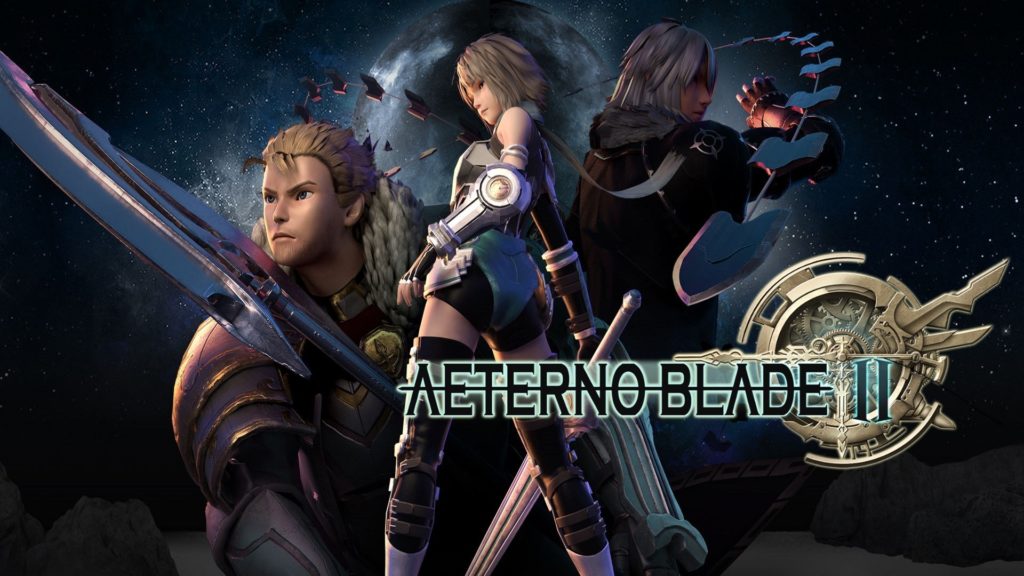 AeternoBlade 2 is the sequel to Aeternoblade, which launched on the 3DS, PS4 and PSVita in 2014. Having sold over 50,000 copies worldwide with the first entry in their franchise, the team behind it were aiming to delve deeper into the lore of AB. Through an Indiegogo campaign, the developers aimed to fund their new game and promised they would be able to right their wrongs from their previous title. Unfortunately, it seems that the first Aeternoblade wasn’t able to convince their community in following them once again and Corecell Technology wasn’t able to even reach 10% of its goal.

Corecell Technology is a small team composed of three members being their executive producer (Toptanian) who can boast of 15 years of experience in the industry, their programmer (Kurawado) who joined with the PsVita version in 2014 and their designer (Zeema). They have previously worked on other games such as Crazy Strike Bowling Ex (PS3, PS4), Wicked Monsters Blast! (PS3, Wii, Wii U), Deadly Premonition Director’s Cut (PS3) and B-Units Build it! (Nintendo DS, Wii).

The game quickly throws you into the frying pan, with only an obscure intro to make something out of the situation. Unfortunately, very little is explained and you will need to have played the first game in order to understand what is actually going on, who is who or what you are actually fighting against.

You later learn that Freyja, the main character, has to come back into the spotlight to fix dimension disruptions that started to appear in the Chronos Kingdom because of her previous actions in the first game. But even when you later get introduced to the two other playable characters, Bernard and Felix, nothing much more is said about them.

Whether it be their origins or relation to Freyja you can only speculate and wait for some more information. Only a few hours later will you get to know a little more about

the situation when the Time Lord actually takes some time to talk with you and explains the importance of Aeternoblades.
The main storyline is not bad per se, even though quite generic. But it feels like there’s a lot of information missing (at the start and throughout the game) and this makes it quite frustrating as you cannot completely enjoy the story right from the get-go.

The fighting mechanics are kinda similar to what can be found in Bayonetta (some other stuff as well, but we’ll get to this later). Each character has their own playstyle with heavy or light weapons and each has different combos available, with more to unlock later on.
You mainly attack with the X and Y buttons and attacks are different whether you are in the air or on the ground. Sometimes controls felt a little clunky, which made it difficult to chain those combos. You can evade attacks which is a must to master as you cannot just brute force through all the enemies.

What made the fights interesting were the time control mechanics. Some will let you “record” your actions and then rewind to attack with a clone of yourself while another will stop time and let you deal with your enemies. And some enemies even require you to use those time mechanics to get rid of them. Same with the boss fights! A slight concern is that to use those abilities you need mana energy and well, it kind of runs out pretty fast so you have to be careful while using them.
One big selling point, in my opinion, is the puzzles available throughout the game. They will also require you to use your time abilities. Although quite easy and optional, they were pretty fun and there was no reason not to have a go at them. Having to switch from a hack-and-slash game to a puzzle section was a nice touch and this helped make the game less repetitive.

There is sadly no extra content in this game, which is a shame since it could have implemented something like a multiplayer mode with all those time mechanics. Still, there are some challenges and upgrades to retrieve when unlocking new time powers and going back in unexplored sections.

You have various language options for the text, but the VA is only available in English. It doesn’t look like additional voice packs will be added either in the near future so those of you that are not well versed in English may have a difficult time understanding the VA.

Sometimes, less is more in video games and that is most certainly true in this case. This stood out because all lines were voiced, which in my honest opinion wasn’t necessary at all. And while I usually am pretty forgiving in regards to bad voice acting, I have to admit that the VA in this game was pretty bad. Zevil’s voice acting, in particular, was truly making the game not enjoyable whenever he was speaking and well, he is one of the main characters so…

I actually lost it when the Time Lord started to talk. This was atrocious and felt really amateurish, which is tragic because it took a lot of the game’s credibility away. What is heartbreaking is that the game’s start menu introduces us to such an amazing and beautiful song. I really do not understand how such a disparity could have happened.

My heart is divided in regards of the visuals of the game. There have been moments when the scenery was pretty creative or even inspiring. Every scene in the game is different from the last one which makes it quite entertaining. I also liked the fact that you sometimes switch from a metroidvania 2D scroller to 3D during some fights. Another Bayonetta-esque element that in my opinion was well implemented.

The problem comes when you start to look closer to the details. Then it starts to feel like you’re actually playing a PS2 game in 2019. Sadly, this is not an exaggeration and is in fact explained by the problems the development team faced when their art team left in March 2017. They had to hire new artists and tried to fund the new artwork through their indiegogo campaign but fell pretty short of their fixed budget in the end.

It actually gets worse when suddenly trees disappear out of the scenery and randomly reappear later, characters have some kind of mix between crazy eyes/horrible haircuts and bosses look unrefined. All in all, this will leave you with “a bad taste in the eyes” and a regret of what could’ve been if the art division was correctly funded.
At least the game has no frame drops and cutscenes run smoothly, but that doesn’t add much to the game if what you are seeing is not that pretty.

All things considered, this game is at the crossroads between good and bad. The main positive points are certainly the various combos, interesting time mechanics and puzzles. Unfortunately, this is mostly overshadowed by the game’s flaws. The unpleasant VA, unrefined graphics, sometimes clunky controls and most of all the lack of consistent storyline makes the game not quite enjoyable. I think I could have honestly overlooked most of the bad things that bugged me if the story was clearly explained right from the start.

Aeternoblade ll unfortunately suffers from the lack of support the developers received. I think the developers have the right spirit, but if in the future an Aeternoblade lll had to see the light they would have to take their time and not rush the final product like what they did here.