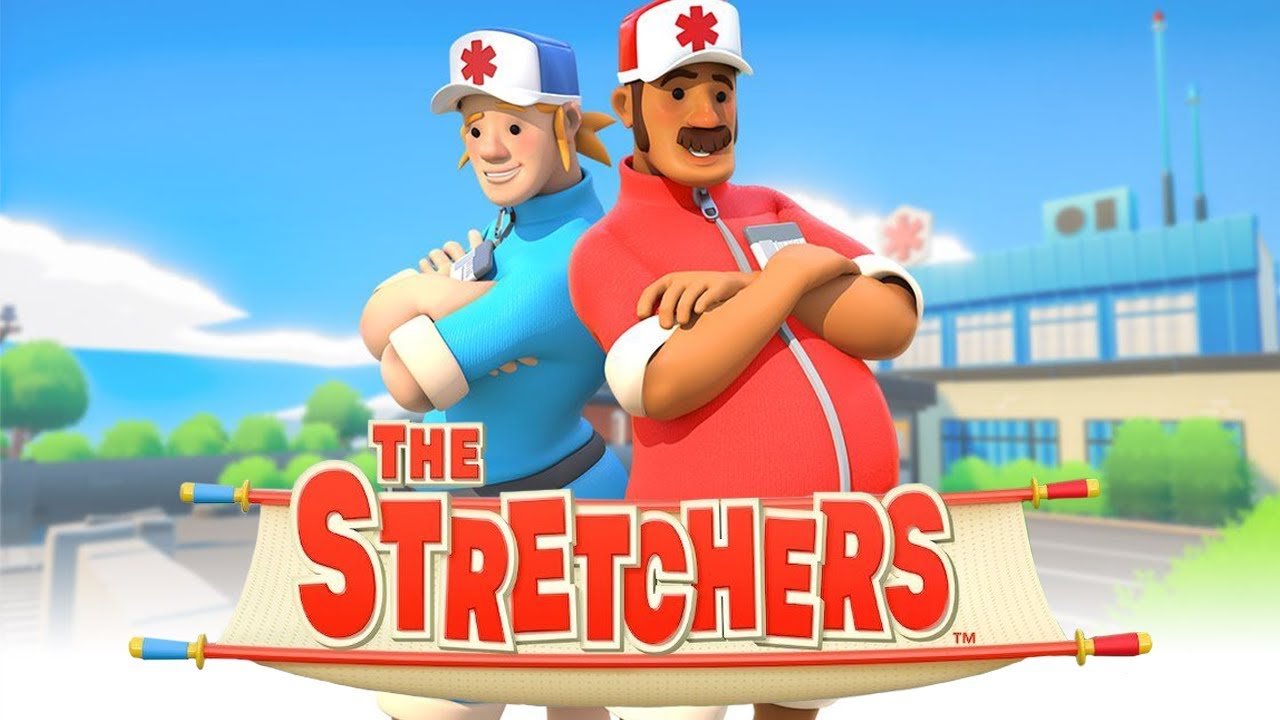 The Stretchers is an action-puzzle game that saw a surprise release on Nintendo Switch a couple of weeks ago. The game was developed by Tarsier Studios (creators of Little Nightmares) and published by Nintendo as an eShop only release.

What happens in the world when everyone has a strange case of the dizzies? Well, you and a friend are tasked with finding Captain Brains and rescuing those who have become dizzy. Using co-op, control two different medics and solve different physics-based puzzles by using the stretcher and saving those overcome by the dizzies by driving your ambulance to the rescue site and then bringing patients back to the medical center.

The gameplay of The Stretchers revolves around a mission-based system. Tackle missions by yourself, or with a friend, whether you divide and conquer or work together, your task is to drive your ambulance to different rescue sites and to save those who have been overcome by the dizzies.

Each mission requires you to go to a specific rescue point located on the map where it has been reported that people have been overcome by this mysterious disease. When heading out to an area, you are given free control of the surrounding area and can freely drive your ambulance on whatever path you’d like to take to reach your destination. The rescue site is always pinpointed with an icon on the side of the screen and you will always be directed to where you need to go next.

The Stretchers features a wide variety of rescue missions scattered throughout its overworld. Similar to the game Crazy Taxi, you are given the option to drive the ambulance throughout the entirety of the overworld and can freely travel wherever you’d like. When you first start the game you start at the “home base” where you can practice game mechanics and controls including Co-op with a partner.

While The Stretchers’ primary focus is that of a Co-Op oriented experience, the game does allow you to play solo and gives you the ability to control both medics via the control sticks. Another neat additional feature is that you are given the option to freely select the gender, skin color, etc. for each of the medics from the beginning of the game once you start a save file.

The audio in The Stretchers features various sounds and tunes that are upbeat. A variety of different sounds and tunes are played throughout the game, ranging from just driving the ambulance to a rescue site or from an encounter with the mysterious Doctor Brains.

The Stretchers features colorful visuals and an overall vibrant world. From the games characters, to the various locations, colors always popped and fit the games overall aesthetic fairly nicely. Performance in this game was great as well. For a detailed world, no major performance hitches were encountered and the FPS was stable throughout the entirety of play. In terms of performance everything within the game was fine, but loading times when booting up the game were slow (At least when playing in handheld mode).

Going into The Stretchers, I didn’t expect to enjoy it as much as I did. Playing the entirety of the game in co-op with a local friend was an overall blast and a pleasant experience (I’m not a big co-op gamer and often prefer to do things solo). Although preferred, the game can indeed be played as a single-player game if need be, except you should expect an inferior gameplay experience.

I tested the game in single-player and it was less enjoyable, and a bit slow, often with many mistakes from using the wrong button. As when played solo you are given free ability of both medics and one is attached to each control stick for overall movement.

Another thing of note is that the game is quite short on the gameplay side of things. In total, it took me around 5-6 hours to complete while playing its entirety as a co-op experience. Its gameplay is very similar throughout this entire experience as well.

The Stretchers is a game for those local co-op fans alike. Featuring a colorful world, humorous dialogue, and 5-6 hours of gameplay, this short puzzle game is not to miss!