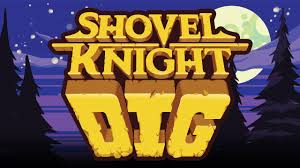 Hey folks! Another new change to Miketendo64, is we will be rounding up the weekly news into one article as opposed to the many that we do daily that clutters up our followers’ email inboxes. While there will still be so much to cover in one article, we will highlight our favorite news headlines and announcements and share them with you in a much simpler and hopefully easier to digest format.

Kicking off the first of many Weekly New Round-ups, Jumanji: The Videogame gets a new trailer and a bump up on its release date. Ice Age: Scrat’s Nutty Adventure release date is revealed and Yacht Club Games announce Shovel Knight Dig coming to consoles in 2019.

Outright Games has shared their first gameplay trailer for Jumanji: The Video Game onto their YouTube Channel. The game will be releasing on Nintendo Switch, PS4, Xbox One, and PC. Its release date has been moved forward a week, meaning that players will be able to jump into the world of Jumanji come November 8th, 2019.

The Ice Age may be over but Scrat has his own nutty adventure to contend with. Ice Age: Scrat’s Nutty Adventure has been given a release date and a new trailer. The game will release worldwide on consoles, including the Nintendo Switch on October 18th. Unfortunately, those of you in Australia and New Zealand will have to wait until December 6th.

Here is a an overview of the game:

In Ice Age: Scrat’s Nutty Adventure, Scrat, the calamitous sabre-toothed squirrel, will embark on an epic quest through classic Ice Age locations to recover his cherished acorn from the ancient Scratazon Temple. Only the legendary Crystal Nuts can unlock his prized possession, which Scrat will attempt to collect as he faces fierce prehistoric creatures, to return the missing relics to their rightful home.

And the game trailer:

*The following news was announced during the Yacht Club Games Presents Livestream on August 28th.

The knight of Shovelry returns in an all new adventure in Shovel Knight Dig. The titular hero must reclaim his lost treasures after they were stolen from him by Drill Knight and his crew. Yacht Club Games have teamed up with Nitrome to bring this all-new adventure into being. A playable demo will be available to play this weekend at PAX West.

That’s not all from Yacht Club Games though, oh no. They have also shared a new trailer for their upcoming arcade beat ’em up Shovel Knight Showdown. Players can Duke it out as some of their favourite characters and from the world of Shovel Knight including: Shield Knight, Mona, Plague Knight, King Knight, and of course, Shovel Knight.

Before we finish up on the Shovel Knight News, we have one more card in the deck. Shovel Knight: King Of Cards was given a brand new trailer, showing of the unique skills and techniques of King Knight. King Of Cards is the final hand to be played in the form of DLC for Shovel Knight: Treasure Trove. News of a release date has yet to be confirmed.

Activision have released a brand new multi-platform trailer for Spyro Reignited Trilogy. The game releases on Nintendo Switch on September 3rd s what better way to build up hype than with a snazzy new trailer?

The purple dragon is far from done for his big debut on a Nintendo console. Spyro is also joining CTR Crash Team Racing Nitro-Fueled with his very own Spyro & Friends Grand Prix. He will be bringing some friends along with him in the form of Hunter and Nasty Gnorc, not to mention the new Spyromobile.

Well that’s all the news we have for you all this week. We may add more to this article over the coming days so be sure to come back for the latest news.