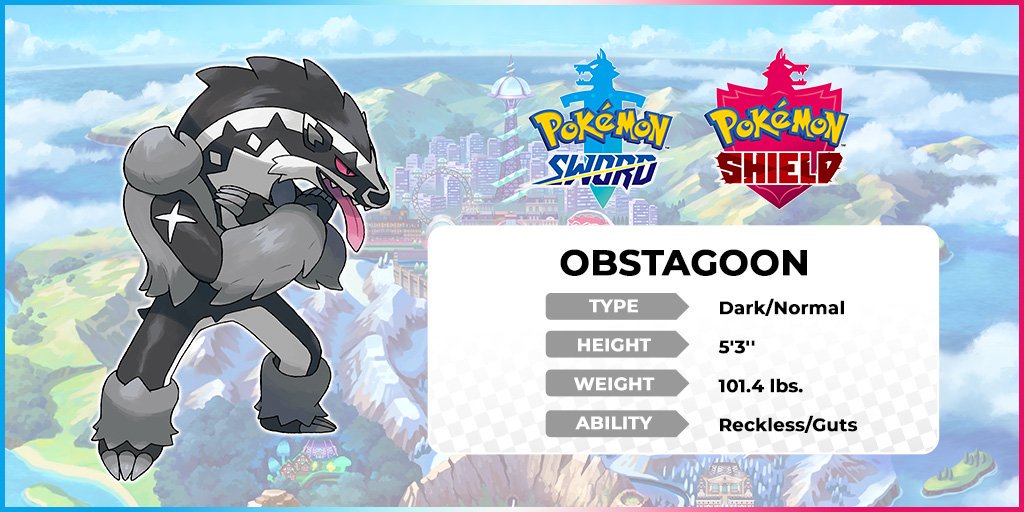 Now that the November 15, 2019  release date for Pokémon Sword and Pokémon Shield, is just mere months away, this August, new details regarding never before seen Pokémon and new regional form Pokémon have been shared and in this instalment of “Who’s That Pokémon?” we’re tackling the Blocking Pokémon Obstagoon.

Description:The Linoone of the Galar region live in harsh conditions compared to those found in other regions, with fierce competition against others of their species. Their survival instincts have been honed as a result, leading to their Evolution into Obstagoon.

Though Obstagoon is extremely combative, it seems that it doesn’t often launch the first attack. It will taunt an opponent, goading it into attacking. When it does, Obstagoon will cross its arms and meet the oncoming attack with its Obstruct move.