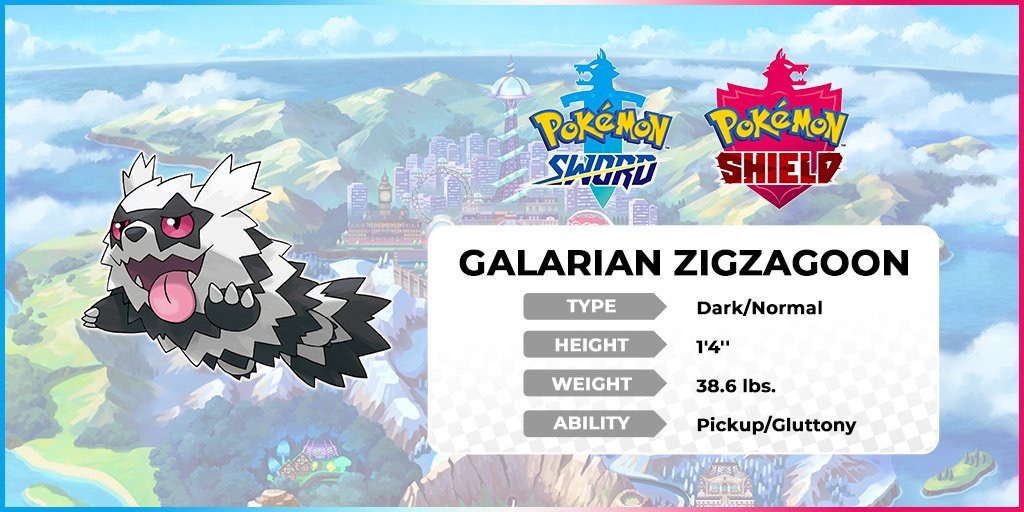 Now that the November 15, 2019  release date for Pokémon Sword and Pokémon Shield, is just mere months away, this August, new details regarding never before seen Pokémon and new regional form Pokémon have been shared and in this instalment of “Who’s That Pokémon?” we’re tackling the Tiny Racoon Pokémon Galarian Zigzagoon.

Description: The Zigzagoon of the Galar region move about however they like and never settle down. They’re known to inhabit all areas of the region, including fields, forests, and even towns! There is some speculation that the zigzag movements of the Zigzagoon in other regions stem from the restless nature of Galarian Zigzagoon, which is considered to be the oldest branch of the species.