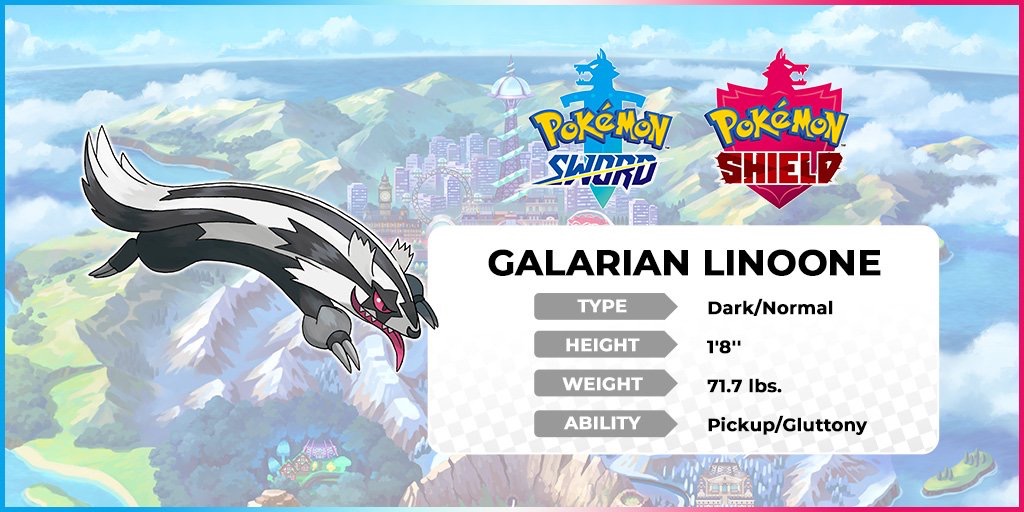 Now that the November 15, 2019  release date for Pokémon Sword and Pokémon Shield, is just mere months away, this August, new details regarding never before seen Pokémon and new regional form Pokémon have been shared and in this instalment of “Who’s That Pokémon?” we’re tackling the Rushing Pokémon Galarian Linoone.

Description: Galarian Linoone can reach speeds of over 60 miles per hour and can deliver devastating Tackles and Headbutts. These attacks have enough destructive force to even knock a car away, but they can also throw Linoone off balance if they miss.

Galarian Linoone are rash and fearless, and they will recklessly pick fights even with opponents stronger than themselves. Their fearlessness, as well as their tendency to attack opponents head on, make Galarian Linoone very popular among the disaffected youths of the Galar region, who have nowhere to direct their frustration and anger.