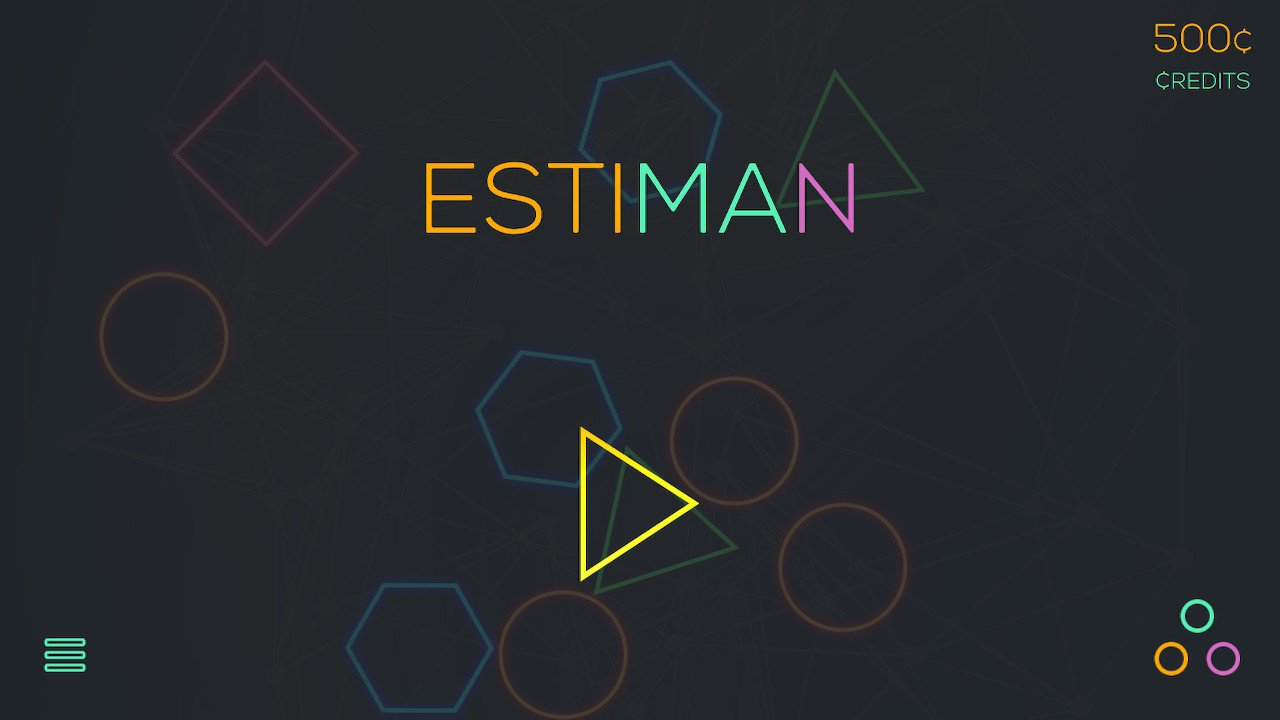 If you’re looking for small and affordable indie games to play on your Nintendo Switch, look no further than the titles brought to the console by indie developer Kool2Play. From IHUGU, to Nice Slice and Clock Simulator, they’ve plenty of variety and now here they are with Estiman.

Estiman is a simplistic arcade game based around estimating the number of objects presented on screen and taking the different groups down from “more” to “less”. Because of this, there is no apparent plot to the title. To make sure if there is or isn’t a story, we asked the team at Kool2Play on the matter, and they confirmed there isn’t.

Gameplay is addictive and a lot of fun because it tests your brain, your trust in yourself and your concentration to successfully move on. There’s a timer that slowly goes down, to stop it from dropping to zero the player must do combos and have quick reactions to beat it. It’s an endless loop of gameplay that increases in difficulty the farther you are into the run.

The objects are distinctive with their colors or shapes, or sometimes both. Most objects look similar but are unique enough to stand out from one another. The difficulty goes up by making them the same color or having similar tones like light and dark blue, as well as having the timer drop faster than usual.

In the bottom left and right corners there are two helpful “power-ups” that can help when in difficult scenarios. One of them adds additional time to the clock and another clears the objects on-screen. I almost never resorted to them as most of the time I was too concentrated on the shapes that I forget I have them. These are limited however, to get more you have to buy them in the store.

Coins appear randomly inside the objects throughout the playthrough and you collect them by touching it. You use these coins in the in-game store to purchase different objects (like numbers or hearts) and backgrounds (such as one that resembles a spider web or another that looks similar to the matrix).

These have no function aside from having a different aesthetic and it’s a good enough change to keep the game from looking the same all the time. The objects you purchase can make the difficulty harder for you, though it depends on what is more comfortable for you to play with. Buying everything takes roughly an hour, and getting it all is what motivated me to keep on playing.

The soundtrack is relaxing, which works great when concentrated in the gameplay. The addictive gameplay and music put the player in an almost hypnotic state of concentration and thinking.

Visually, the game tries to be as simplistic as possible. There isn’t anything distractive on-screen to keep players out of focus, there’s only the various shapes and colors. The different backgrounds look great, although there are some preferences with one over another.

There’s a sense of beauty with some of the objects; some glow, while others have a bubbly water effect. The game runs smoothly and I never encountered any hiccups or glitches, which isn’t all that surprising seeing as how minimalistic the game can be.

Although Estiman supports playing with a controller, the gameplay always felt slower than when touching the Nintendo Switch’s screen. Additionally, the different shapes that can be bought in the store are quite expensive compared to the backgrounds. It would’ve been a lot better if these prices were lowered down a bit.

One final aspect to notice is the lack of modes or leaderboards. The core gameplay is fun but if you aren’t going for 100% completion or don’t have much interest in the gameplay itself, there’s nothing else to do. A co-op mode or online leaderboard registering all the points made would’ve been a fantastic addition, but for now, the base game is pretty shallow.

When going into Estiman I was doubtful on whether the title would be unique and interesting, and if it’d stand out from the other games Kool2Play has made; and to my pleasant surprise, the game is very enjoyable. Addictive, simplistic, and great for short bursts of playtime. Estiman is a cheap title that can offer a lot of fun with the rather small content that it has.