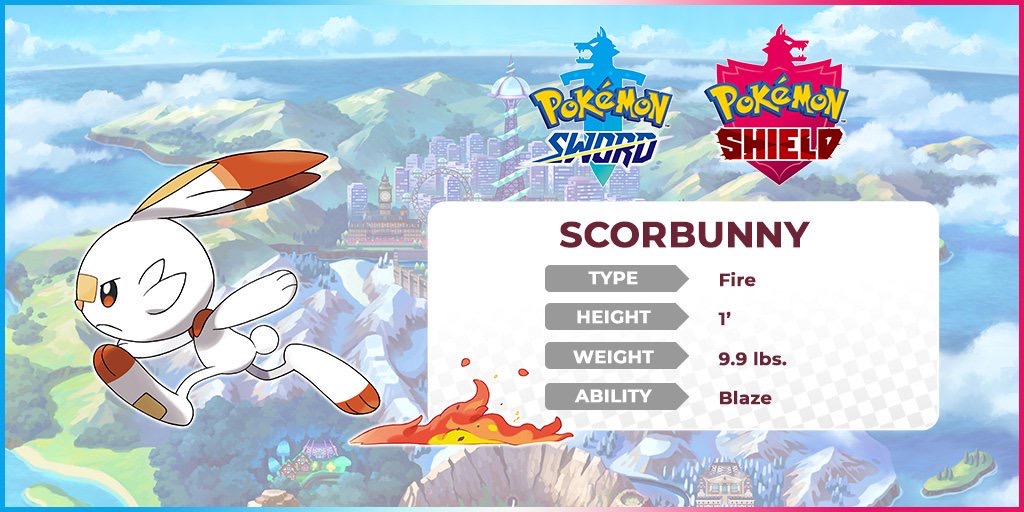 As the November 15, 2019  release date for Pokémon Sword and Pokémon Shield draws even closer, more details pertaining to the new Pokémon who call the Galar region home, are continuing to arrive, which means it’s time for some more “Who’s That Pokémon?” and in this instalment, we’re tackling the Rabbit Pokémon Scorbunny.

Description: Scorbunny uses its powerful legs to run and jump around its opponents, confusing and disorienting them. The soles of its feet can become very hot, and Scorbunny can kick opponents to damage and burn them, too!

Scorbunny has a fire sac in its chest, which contains viscous fire energy. If Scorbunny is able to increase its heart rate and body temperature by running around and warming up properly, the true power of its fire energy will be awakened and its physical capabilities will greatly increase.