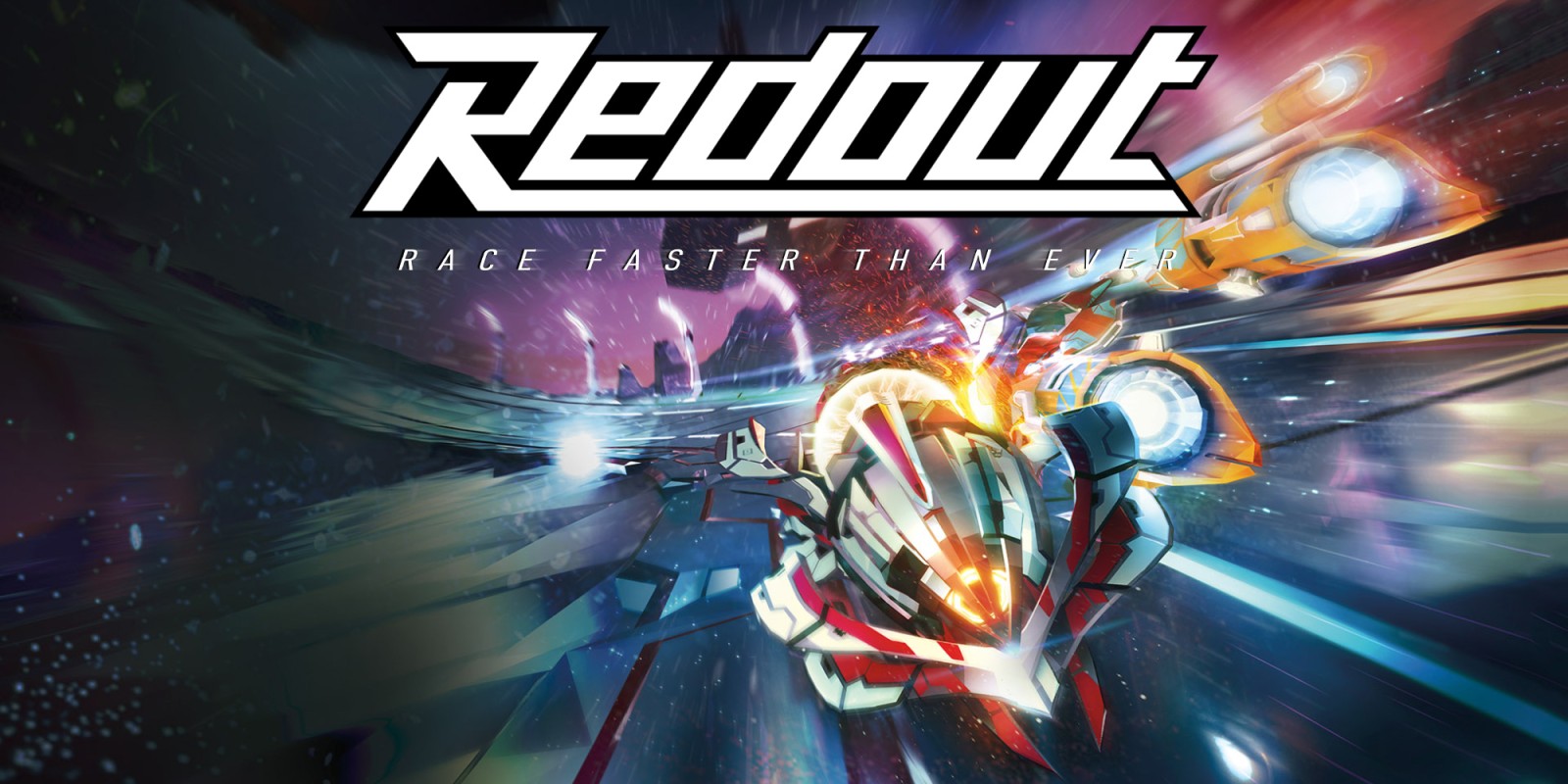 Remember F-Zero? Since Nintendo killed off the beloved series in 2004, futuristic high-speed racing junkies have been forced to get their fix elsewhere. Sony’s Wipeout series seemed like a solid contender, yet even that has fallen by the wayside outside of an HD collection in 2017.

Instead, indies have had to take matters into their own hands. The coding wizards at Shin’en brought us the excellent Fast RMX for the Switch’s launch, but you may have forgotten that there was another adrenaline-pumping racer announced for Switch before it was even released.

Redout promised gorgeous visuals and blazing fast action with a trailer back in 2017, only to drop off the face of the earth for two years. Versions for other consoles came and went, but finally, the Switch port of this long-anticipated game has arrived. How is it? Well, if I wanted to spoil that in the opening paragraph I wouldn’t have written the rest of the review. Read on, knave!

In Redout, you are a driver racing in the Solar Redout Racing League in the far-off year of 2560. This is the extent of the story contained in the game. I suppose you’re free to come up with an interesting backstory for your unseen protagonist. Mine is Zordon Polonius, a hotshot racer with a chip on his shoulder.

He comes from money, but wishes to win the tournament to prove to the world that he’s more than a simple trust fund baby. Will he be able to overcome the machinations of his devious rival Tergion Bladmier and secure the admiration of the public? Tune in next week to… uh… yeah, I’ll just get back to the review.

Before I even get to the gameplay, I should mention a strange issue I had. When booting up the game I was greeted with a whopping 37 second load time, then an error message before finally loading into the main menu. I was also completely unable to connect  online.

After doing a hard reset of my console however, this load time (which was actually the game connecting to a server) dropped to a second or two and online worked again… only to happen again later on. I don’t know what exactly causes this problem, but if you get the same annoying issue, resetting your console seems to be the immediate fix.

Anyway, onto the game. If you’ve ever played F-Zero, Wipeout, or another similar racing game, you probably know what to expect. Your futuristic vehicle hovers slightly above the track, so the driving has a very floaty feel to it. You’ve also got a health bar that depletes when you smack into a wall and takes a while to recharge, so precision turns are a must.

There’s no dedicated drift button, so you’ll find yourself turning into curves long before you would in other racing games to make those turns. Redout also adds another wrench into the works by requiring you to use the right analog stick to give yourself a little extra oomph when turning, or to hold the stick down when approaching sharp hills to avoid scraping your vehicle.

Of course, there’s more to the game than just steering. You have a boost meter that slowly recharges when not being used, as well as two power-ups that you can bring along with you into each race. Active power-ups can only be used if your boost meter is full and offer an immediate benefit.

For example, the EMP blast freezes your opponent’s boost meter, the Extra Magnetic Grip gives you improved handling for a short time, and the Turbo Boost spends all your meter at once for a big super boost. There are also Passive power-ups, which work without needing to be activated. These offer buffs like increased stats and faster respawn time. There are twelve powerups to unlock, and each can be upgraded multiple times.

The career mode is where you’ll spend the meat of your time in Redout. Pick your car, pick your powerups, and get racing in a variety of events. The events include your typical Grand Prix cups across multiple tracks, Time Attack runs, Pure Races where you can’t use any power-ups, Last Man Standing challenges where you have to stay ahead of the pack to avoid being eliminated, and more.

Doing all of these will unlock new events as well as earn you money to spend on new vehicles, power-ups, and upgrades for each. Lastly, you can also take on randomly appearing Contracts that ask you to perform a task like “use this manufacturer’s car in your next race and get a gold medal” for some extra dosh.

I’m not always a fan of these types of futuristic racing games, but Redout managed to win me over. The physics and handling take a while to get a handle on, but once you figure it all out, it’s a lot of fun. There’s just one problem – in the vein of its long-dead brethren, this game is HARD.

I got about 12 events into the Career mode before Redout decided to stop playing around and put me in a Last Man Standing race where hitting a wall sealed my doom not because I ran out of health, but because the AI would instantly capitalize on my brief decrease in speed and blast way ahead.

Thankfully, you’re not gated by linear progress and can jump around between events as you please, but make no mistake – Redout is not for the faint of heart. If you’re not ready for white-knuckle racing where victory can be achieved by the skin of your teeth, don’t even bother with this game.

I was just about ready to throw in the towel early on and accept that Zordon was never going to stick it to the haters when I decided to peruse the options menu and… what’s this? AI DIFFICULTY SETTINGS? Apparently I had been on the default “Redout” option, with alternate Veteran and Rookie choices. Upon switching to Rookie, the game was instantly more manageable

The event gave me a run for my money regardless, but this time I was duking it out with first and second place instead of desperately trying to catch up to 5th the whole time. I still don’t recommend lightweights even consider checking out Redout, but know that if you do buy it and find the developer’s recommended level of difficulty is still too much for you, there’s a bit of hope.

Redout claims to have 28 vehicles, but this is a little like when Ridge Racer Type-4 claimed to contain 320 cars. Yes, there are technically 28 vehicles, but they come from seven manufacturers who each have a set of four hovercraft ranked Class I to Class IV.

The first vehicle of each manufacturer has low stats, but the higher the class, the higher the stats. So really, there are seven unique vehicles with three enhanced versions of each. Likewise, its eleven different events tend to double up, with five variations on Time Attack and six spins on the standard Race mode.

With 60 tracks and over 100 events in the Career mode however, it’s unlikely that you’ll run out of stuff to do for quite some time. For those wondering about the additional DLC released for other versions, worry not – it’s all included at no extra charge in the Switch release.

There’s no local multiplayer, but there is online play for up to six players at once if you’re into that sort of thing – unfortunately it doesn’t seem like many players are, since the lobbies were a ghost town whenever I tried to get a game going.

If you love pulse-pounding techno rhythms, then boy do I have a soundtrack for you. Redout’s OST is absolutely perfect for this type of game. You may have trouble noticing it while you’re concentrating on the bone-crushingly difficult gameplay, but each of the twelve track themes have their own set of music that draws you into the world and keeps you pumped up.

My personal favorite was probably “On My Own” from the Alaska tracks, with its ethereal vocals and wailing guitar solo. The sound design is no slouch either – you won’t be hearing much more aside from the calming female voice that announces things during the race and the sound of vehicles boosting and hitting walls, but what’s there is nicely done.

The two year wait for Redout seems to have been well worth it, because this game looks fantastic. It runs at a rock solid 30 FPS in both handheld and docked mode and has a gorgeous art style that’s amazing in motion.

My personal favorite would have to be the Vertex courses, which look like an abstract computer wallpaper got turned into a race track. By the way, you’ll note that I said it looks amazing “in motion”, and I say that because in still images like the ones in this review, it doesn’t look nearly as nice.

In a game as fast as this, most of the time the environments are a blur, which means you won’t see things like the pixelated textures on the intentionally low-poly environments that you do in a screenshot. Handheld mode, in particular, looks like a blurry mess in stills (see the image below), but rest assured that the game looks fine when playing. Not remotely as good as the PS4, Xbox One, and PC versions mind, but last I checked I can’t take my PlayStation with me on the bus.

Let’s face it: fans of futuristic racing on Nintendo consoles are unlikely to get any attention from the big N, but Redout fills the void. It’s got the looks, the sounds, the gameplay, and the content.

It doesn’t do anything particularly new or innovative, but when it comes to a genre that’s been mostly dormant for so long, is anyone really looking for this type of game to reinvent the wheel? If you’ve played Fast RMX to death and want a new game to sink your teeth into, definitely check this one out.

While the lack of decent multiplayer is a bummer, fans of futuristic racing won’t want to miss Redout’s rock-solid gameplay and hardcore single-player challenges.