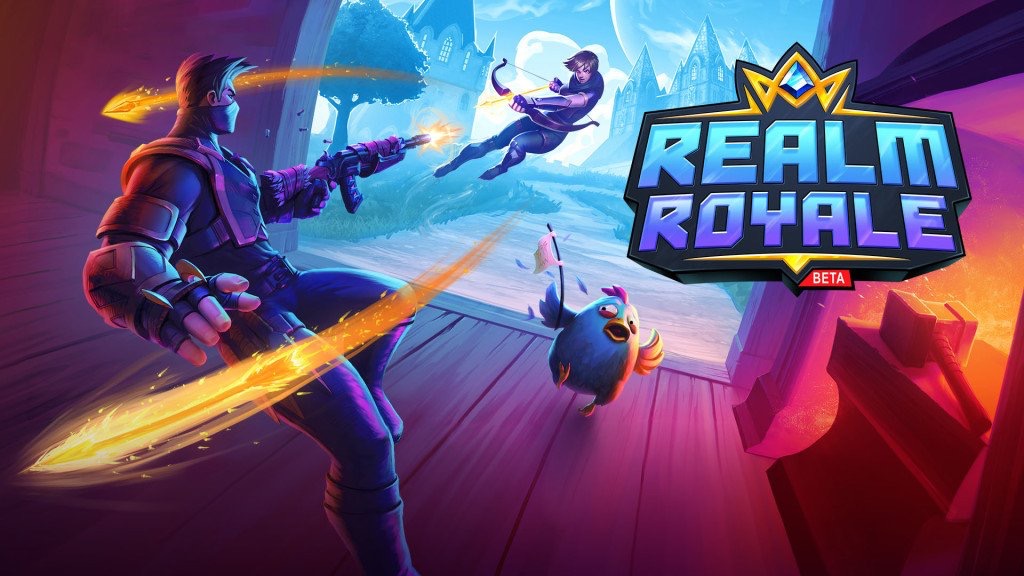 For those fans of HiRez Studios, their hit game Realm Royale has had a surprise release on Nintendo Switch today! Fans who want to try the game out before it becomes free later this year can now pick up the Founders Pack. The Founders Pack will cost you $14.99 and will offer exclusive cosmetics for you to use in the realm and in battle. Checkout the details and the games trailer below:

Nintendo Switch owners can now join a community of over 10 million Realm Royale fans.
Players can choose a class — Warrior, Mage, Hunter, or Assassin — then dive into battle and
start looting powerful weapons and abilities. As players fight to survive, they’ll mount up to
escape the fog on horseback, craft game-changing weapons at forges, and maybe even get turned into a chicken as they pursue the coveted Crown Royale.

All features of Realm Royale are fully accessible without a Nintendo Online Subscription —
including PC, Xbox One and Nintendo Switch crossplay multiplayer.

“Between traversing the massive
world by mount and engaging in magic-filled combat, the Nintendo Switch is an ideal platform to experience the excitement of Realm Royale.”

Items contained in the Founder’s Pack are: