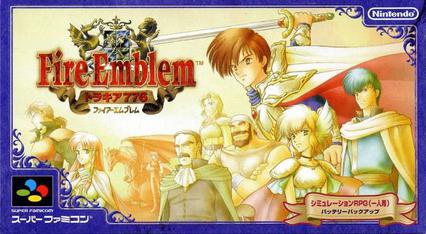 [Feature] Fire Emblem Frenzy #5: The Many Styles of War

Looking at the state of the Fire Emblem fanbase, it’s easy to assert that the 3DS games polarized it. However, division among the fans has been an issue since the series inception. Even a title as popular as Genealogy of the Holy War created dissent, as some fans felt that the ambitious story led to flawed gameplay. So, it’s no surprise that Thracia 776‘s development prioritized gameplay above all else. As a result, it has become infamous for its challenging and ironically divisive gameplay.

Originally designed as a counterpart to Genealogy of the Holy War, Fire Emblem: Thracia 776 would mark the end of an era. Its 1999 release made Thracia 776 one of the final SNES titles, which was caused by a long development process and ever increasing scope. This was also the final home console Fire Emblem until the release of Path of Radiance six years later; Fire Emblem 6, 7, and 8 would release on Game Boy Advance. Most importantly, this is the final Fire Emblem game that was led by Shouzou Kaga, who is often attributed as the father of the series. No matter one’s view of Thracia 776, it’s hard to deny that it was significant to Fire Emblem‘s history. As a result, it’s no surprise that many consider

it one of the best games in the series.

Before reading the segment on story, it’s best that you have read Fire Emblem Frenzy #4: The Scale of a Genealogy. Many people and places from the last episode will be mentioned.

As Seliph raises his Liberation Army in Isaach, other rebellions begin in response to the Grandbell Empire’s expansion across Jugdral. After the death of Quan and Ethlin during Chapter 5 of Genealogy of the Holy War, the Manster District undergoes invasions and drastic political shifts. Eventually, it is incorporated into the Grandbell Empire, and Raydrik is placed as duke of the territory. However, during Raydrik’s reign, Leif is raised in hiding by Finn. As the son of Quan, Leif is hunted by Grandbell’s forces, creating a difficult childhood characterized by running from town to town with his father’s closest soldier.

During Leif’s stay in the town of Fiana during Gran Year 776, Raydrik’s forces kidnap Finn’s daughter Nanna as well as Mareeta, the daughter of Fiana’s leader, Eyvel. His journey to save them will lead to a quest to liberate the Manster District from Grandbell’s control. Leif will encounter many familiar characters from Genealogy of the Holy War, though there will also be new allies. The story will ultimately converge with Seliph’s, with the final fourth of Genealogy concluding the

The story of Thracia 776 is noticeably minimal, especially compared to Genealogy of the Holy War. There isn’t much backstory for the playable characters, but each typically has just enough to keep the player invested. This is meant to be played after Genealogy; characters such asSeliph, Julius, and Travant make appearances, but their importance is assumed to be understood. Some of Genealogy‘s playable units are also playable in Thracia, most notably Finn. Seeing Finn as a mentor and father figure to Leif is much more impactful after seeing how Quan helped Finn in the same way during Genealogy.

The story also develops the peninsula of Thracia, which was mostly alluded to until Chapters 8 and 9 in Genealogy. Witnessing the horrors of Grandbell’s child hunts and oppression makes Genealogy‘s plot far more enjoyable in retrospect. Whereas that title focused on large scale wars, Thracia‘s smaller scope allows for a deeper look at the transformed Jugdral. The ideas of manipulation and morally grey characters that I praised Genealogy for including are expanded upon with characters such as Xavier.

My main issue with Thracia‘s plot lies in the fact that Raydrik is a truly reprehensible villain. He lacks any redeeming qualities, which I feel is a regression from the writing of Arvis and Hardin. An apt comparison would be to Don John of Shakespeare’s comedy Much Ado About Nothing. Since it’s a comedy, the play’s villain is intentionally kept one dimensional, especially when compared to the writing of Iago from the tragedy Othello. Raydrik’s simplicity is due to the fact that the game is gameplay driven, which brings up a pattern seen throughout Thracia 776.

Looking at Fire Emblem‘s history, Thracia 776 seems to be the only game that focused solely on gameplay. Besides the Jugdral games, most direct sequels have continued what their predecessor started. Genealogy and Thracia are meant to be enjoyed as a pair. I assume the main reason this strategy has not been tried since is due to the fact that the fanbase is extremely fractured. Any significant shift towards gameplay or story would alienate a portion of Fire Emblem fans. This game attracts players through new mission types and combat systems, and many of these will become staples of Fire Emblem.

Going from Genealogy of the Holy War to Thracia 776, the most apparent change is the map size. Maps have returned to the smaller scale found in Mystery of the Emblem. Genealogy‘s Love System is also missing, but the weapon triangle and skills return. The magic stat now accounts for both magical attack and defense.

There are two new stats: fatigue and constitution/build. Most actions a unit takes adds to their fatigue. Once fatigue exceeds a unit’s maximum HP, they will be unusable for a chapter. Not deploying a unit for a chapter will automatically reduce their fatigue to zero. With the exception of Leif, all units have fatigue, so it forces the player to be much more thoughtful with deployment. Most Fire Emblems encourage the use of one main party throughout. Fatigue would be great in a game with a large playable roster, such as Fates. It had appeared in a modified form in Shadows of Valentia, though it only affects dungeon crawling and can be treated with provisions.

Constitution, or build, as it’s referred to in Thracia 776, appears in many Fire Emblem games, though it was removed in Shadow Dragon. It reflects a unit’s size, which in turn can lead to a modification of combat speed. It also allows units to be rescued by those with a higher constitution. I suspect it was removed in Shadow Dragon since Path of Radiance assigned many of its functions to other stats. Constitution doesn’t have much of a reason to come back, since Pair-Up has replaced rescuing and is independent of any stats.

There is one more system that constitution plays a role in: capturing. In Thracia 776, units can capture enemies with A lower constitution. Both playable characters and enemies can do this, and some recruitment requires capturing. While a unit is captured, their equipment can be stolen, and they can be freed when the player desires. Player units that are captured are lost until Chapter 21x, making the system much more ubiquitous and impactful. Capturing returned in a limited form in Fire Emblem Fates, where Orochi and Niles can recruit enemies instead of robbing them. While some story segments involved capturing, Fire Emblem hasn’t had too much use for the capture mechanic since, so I doubt it will ever become a staple.

Thematically, systems such as capturing and fatigue make sense. Like Genealogy, Thracia 776 manages to incorporate the story into the gameplay quite well. As a rebel band, Leif’s army starts with no funds, and there is no time for the army to test between each skirmish. The robbery of captured units is arguably the only way to pay the high prices demanded on the black market. Few Fire Emblems manage to balance the distribution of money; by the end, the player has plenty of funds for equipment. Thracia keeps players in their toes the entire game, forcing planning rarely in the series.

If you ask a Fire Emblem fan to choose a single adjective to describe Thracia 776, “challenging” will likely be their response. Perhaps the unorthodox play style required is part of it. Regardless, Thracia 776 is difficult to begin with, as its many systems can be overwhelming. Battles can rarely be won with brute force, partially due to the many new types of missions introduced.

In the first four Fire Emblem games, every mission tasked players with either routing the enemy or seizing a certain point. While these make a return in Thracia 776, there were also new mission objectives that have remained with the series. The first is Defend. The player is tasked with defending a certain point from advancing enemies for a certain amount of turns. These test unit placement and hardiness. Missions are thought out completely differently, since every move is planned with long term survival in mind. The second type is Escape. The player must bring the entire army to a certain point in order to escape the mission. Instead of planning an assault on a boss, strategy in these missions focus on haste, as dawdling often leads to death. Finally, Thracia 776 introduced Fog of War, a battlefield condition that reduces map visibility based on player unit positioning. However, Fog of War doesn’t hinder the enemy, making it unpopular.

All three of these styles have reappeared in later installments. Intriguingly, Defense missions only appear three times in Fates when accounting for all path routes and DLC, and before that, had not appeared since Radiant Dawn. As a result, I hesitate to say that it is guaranteed to reappear in Three Houses. However, instead of being a traveling caravan, the player army stays in the school for much of the game, so a “holding the position” mission will likely appear somewhere.

Escape missions have appeared a bit more frequently, so there is likely to be at least one in Three Houses. An escape mission is even present in Fates: Birthright, the game designed to have simple maps, so an escape mission is all but guaranteed. Fog of War will likely not appear in Three Houses, as it hasn’t appeared since Radiant Dawn. However, if the AI is affected by the fog as much as the player, I would love to see a new Fog of War mission. If it is onesided, then Fog of War ought to remain in the past.

Thracia 776 added one last feature: Gaiden chapters. These are optional missions that have certain prerequisites to be accomplished in the prior chapter. These are typically obvious; they usually involve saving a certain NPC. These are in almost every Fire Emblem game, and remakes often receive new content in the form of Gaiden chapters. In Awakening and Fates, Gaiden chapters typically aren’t tied to a specific chapter, instead being accessible anytime after the unlock. These will most likely be present in every future Fire Emblem, unless the main plot is unusually long.

The visuals of Thracia 776 are a bit more detailed due to the smaller map size. Villages have detailed houses instead of being blips on a grid, and the overall sprite quality has improved. I prefer the look of Genealogy, but Thracia looks nice. The music of Thracia 776 isn’t much of an improvement upon Genealogy‘s, but both games have great soundtracks. The development of presentation has stagnated with Thracia somewhat, though it doesn’t

Fire Emblem: Thracia 776 took risks. It is a challenging but revolutionary entry, which featured both successful and forgotten mechanics. The focus on gameplay can be a bit jarring for modern fans, since most Fire Emblem games find the right balance of storytelling and battles. Its unique design has led to some of the most enjoyable scenarios in the series, and its influence is still felt today. However, the next entry in the series, The Binding Blade, would revert back to the basics as Fire Emblem made the jump to handhelds.