[Feature] Is it Time for a SteamWorld Racing game? Hell Yes! 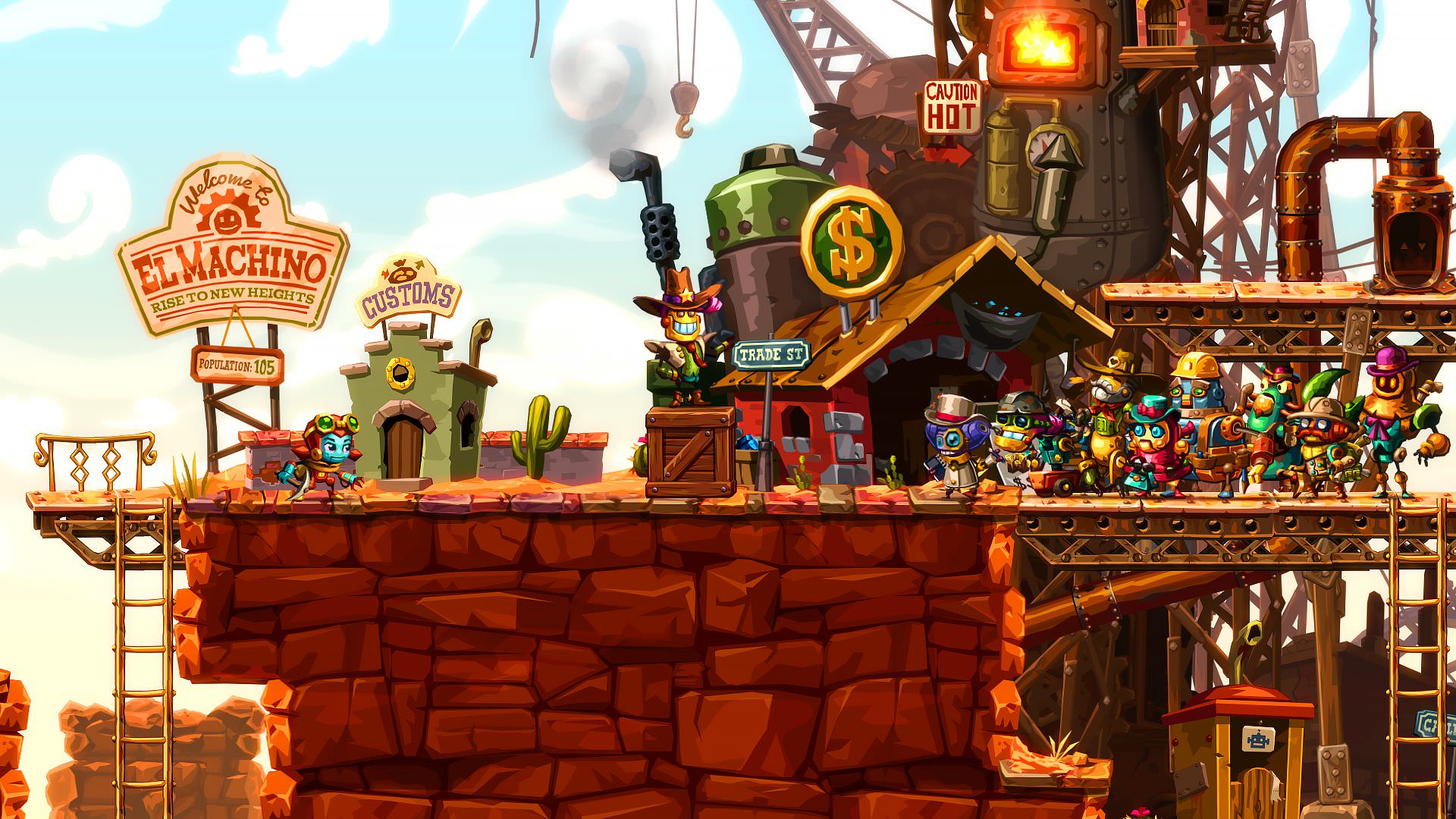 It’s because of said nature we’ve seen them release the likes of metroidvanias in the form of Dig 1 and 2, a card-driven RPG with Quest, a tower defense game and even a turn-based strategy shooting game, but what direction should the developer take the series next? What genre would even be suitable?

Naturally, we worked it out a long time ago and hands down insist on wanting a SteamWorld racing game. Unlike the other games which canonically fit in, a SteamWorld Racing game could be free to be whatever it wanted.

There is no reason why Image & Form Games couldn’t make a steambot version of the Mario Kart games and just fill the roster with various characters from each game. Sure, the likes of Piper, Dot, Rusty and the cast of Quest are shoe-ins, but give us The Outsider. Give us a Voltbot and most importantly, give us Red Queen.

With a roster full of heroes, villains and unexpected NPCs, a game such as SteamWorld Racing: Full Steam Ahead!, would certainly be a game that has something for everyone who plays it, but what about the content?

Firstly, in keeping with Mrio Kart fashion, instead of having a story mode, you could have a series of cups, with one or two cups, based on locales from each game. Not only would it allow players to revisist familiar places, but we’d get to see them in a whole new light.

Secondly, even the Image & Form opt to exclude an online mode, at the very least, local multiplayer could be supported, thus allowing SteamWorld to be sharable with another player for once and on the subject of vehicles, anything and everything could be used.

From mine carts to small spacecraft, there is no reason for the game to consist of the usual car and bike, when anything capable of movement, could be allowed in, including a small train.

I realise it would be a huge undertaking and that these ideas of mine are bare bones, but a racing game would fit the SteamWorld series nicely and things like items, could be based on weapons and power-ups used in the games.

Plus, if the likes of Mario, Sonic, Crash and Diddy Kong can all have racing games, why not SteamWorld? It’s certainly a logical step that I’d love to see happen one day, what about you? Now that I’ve laid the groundwork, what are things you think should be implemented in a racing game? The only limit is your own imagination.

One thought on “[Feature] Is it Time for a SteamWorld Racing game? Hell Yes!”