Hellmut: The Badass From Hell Launching On Switch May 3rd 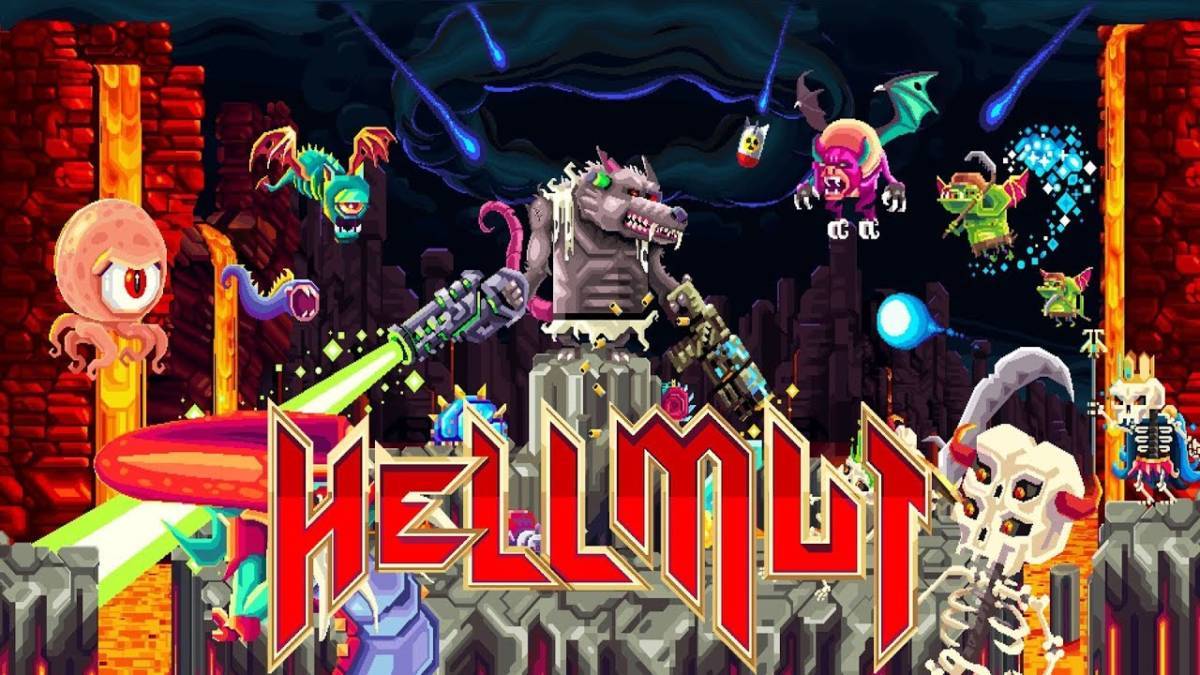 Feel like there aren’t enough pixelated Dungeon crawling Roguelikes on Nintendo Switch, well get ready for another as Hellmut: The Badass From Hell is coming to Switch on May 3rd. With a retail release yet to be announced, the digital version will set you back $29.99. Commit demoncide with an array of weapons and take over the bodies of other monsters. Helmut: The Badass From Hell will certainly give you the means for a pixelated mass massacre.

You can check out the official announcement below.

“Hellmut: The Badass from Hell”, the craziest roguelike ever comes to Switch on 3rd of May 2019- crazier, with insane pixel gore, fresh new couch coop mode, Tournament party mode and mini-game Invaders from Hell on the top!

Magdeburg, Germany – April 30, 2019, Publisher 2Tainment and Grindstone/Volcani.cc announce the digital release of their long awaited title “Hellmut:The Badass From Hell” for May the 3rd 2019 on Switch. Hellmut is a pixel art Roguelike praised by gamers since its first release on PC in 2018 for its wacky spirit and fast-paced gameplay in which you play various improbable creatures and slaughter furious demonic hordes!

New features include insane pixel gore level, couch coop Gauntlet mode for two players, Tournament survival mode for your parties and minigame Invaders from Hell. In addition to a large arsenal of weapon to collect, you amass souls, gold and unlock diverse ludicrous characters to incarnate. Embody monstrous entity such as the Rat King, Ghost Walker, Demonspawn, Orc Fairy, Slimeball…or any other characters born in the strange minds of developers.
Storm the dungeons and achieve a demonicide using powerful weapons and surreal special abilities. Experiment the massacre of fiends in absurd and funny ways: Cast bizarre orc spells, lead an army of rats or dip your enemies in some kind of questionable goo…

“I’m sick of this schizophrenic guy blowing up everything around even if I have to confess that I love his style!” – Lord of Hell

Explore randomly generated levels set in diverse environments and exterminate repugnant epic bosses. During your mass destruction process, you may open the dark portal leading you to challenge king Ka-ra and face some hell of a confrontation!

“Controlling a swath of monsters, machines, demons, and other oddities to dive headfirst into a frantic fight and deftly swapping bodies to overcome the challenge is a very solid and fun core mechanic.” – Wes Maulby (Cubed3)