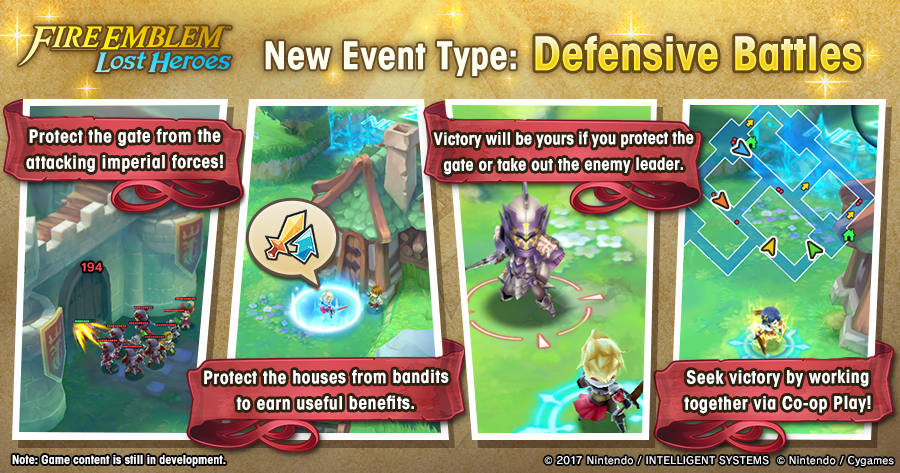 Dragalia Lost has announced the latest details for the Fire Emblem Heroes Crossover! A new event type dubbed “Defensive Battles” will debut during this event. Protect the gate/houses from foes and victory will be yours! All you gotta do is work together in co-op play. Alfonse will also be joining you’re group of Adventurers during this week and if you max out you’re friendship you will get to keep him!

Defensive battles are here! Work together in co-op to cover ground and protect the castle gate.

Alfonse, the first prince of Fire Emblem Heroes’ Askran Kingdom, has arrived in the world of Dragalia Lost!

Alfonse, who has the power to open gates to other worlds, will temporarily join your roster as you participate in the event. Gain friendship with him to recruit him for good!

・When you complete quests with Alfonse in your team as a temporary adventurer, you will increase your friendship.

・If you maximize your friendship with him during the event, he will permanently join your roster.

・If he permanently joins your roster, you will be able to include him in your team after the event ends.

・If he permanently joins your roster, his level, stats, equipment, and position in your team and collection will be maintained.
Note: Even if he isn’t permanently added to your collection, any items used to upgrade his level and unlock his mana circle will not be returned.
■Event Duration