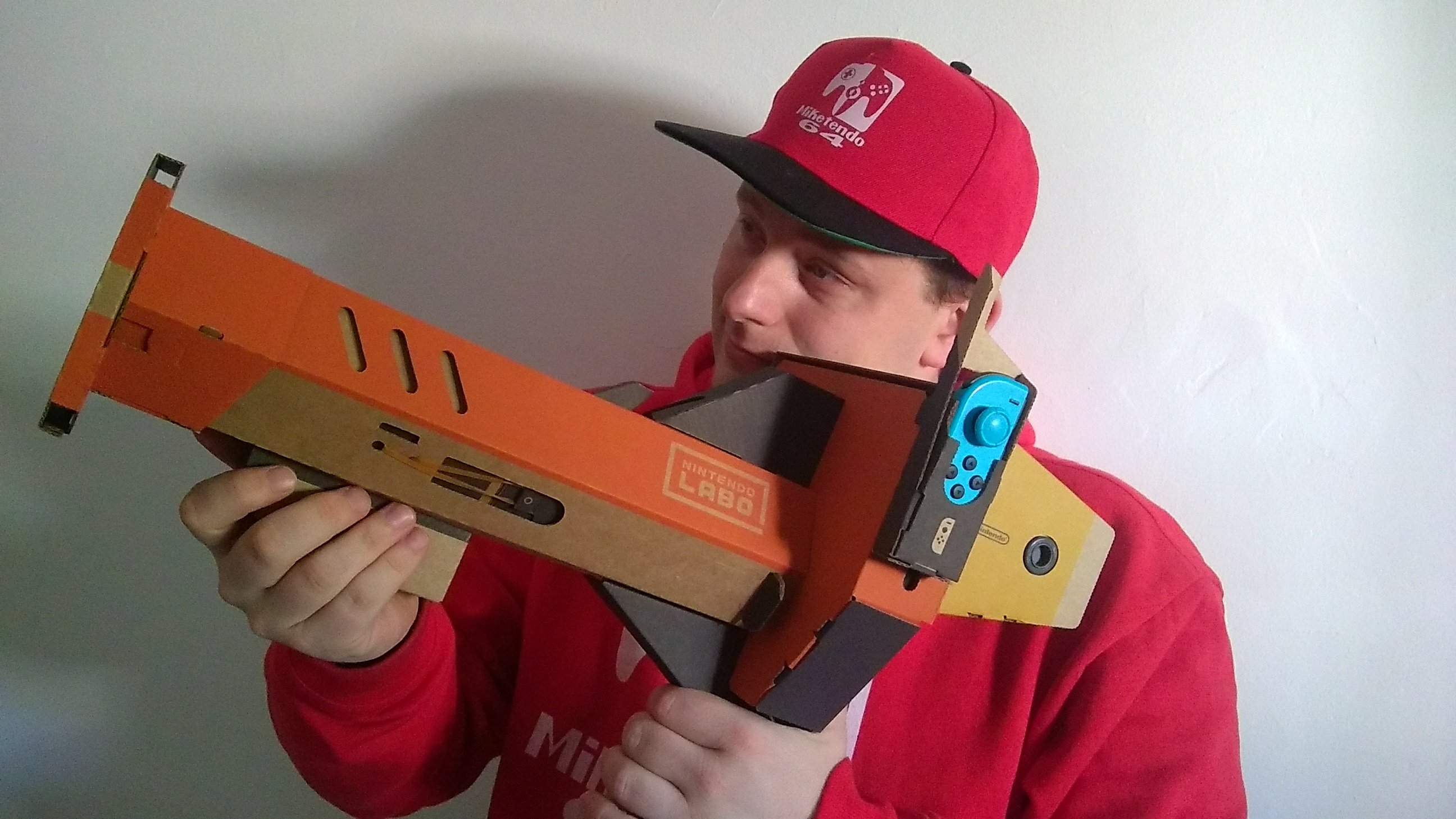 What with the release of Nintendo Labo VR and games like Super Mario Odyssey and The Legend of Zelda: Breath of the Wild getting some kind of Labo VR support, I began to think of what other games could get the same treatment. The Labo VR Toy-Con Blaster and the Labo VR Camera have too much potential to be kept restricted to Nintendo Labo VR.

We have compiled a list of games that we feel should get Labo VR functionality. Some of these games are available already. Others are games that have not even been confirmed for development but would certainly make good use VR should Nintendo decide to make such games. We also add which Labo VR Toy-Con we think would work best with each game.

Captain Toad Treasure Tracker might not be everyone’s cup of tea (though it should be), we think this game could benefit from partial VR in the same vein as the new Super Mario Odyssey VR update. Most specifically, we feel that the Mine cart levels would make good use of the Toy-Con Blaster as you load and shoot turnips at enemies, gems and coins. With these levels being on rails, much like the alien invasion game on Nintendo Labo Toy-Con 04: VR Kit. The Mine cart levels could be played in the same way.

Even without the Toy-Con Blaster, the mine cart levels could be played simply with the Labo VR Goggles and full access to the Joy-Con buttons. The levels could also be available in a separate “book” like the latest DLC levels are in the game. This would allow players to easily access the levels without having to search through the other chapters and constantly toggling between normal and VR mode.

Splatoon 2 – Riding The Rails With The Toy-Con Blaster

Splatoon 2 is a gift that keeps on giving and what better way to carry on that trend than with its own separate VR style missions. Riding the rails around levels whilst shooting at targets or Octolings and Inkling alikes would certainly be a cool and nifty feature for the game. Though playing in this mode would probably be best with the Labo VR goggles alone to maintain access to full controls. The Toy-Con Blaster would certainly make for optional extra to paint Inkopolis red, orange, green, purple or whatever other colour you happen to be sporting at the time.

These missions could be accessed in another part of Inkopolis, much like how the Subway missions and the main campaign missions are in separate areas of each other. Maybe a new town will open up and a new NPC could emerge?

Pokémon Snap – Get Snapping With The Toy-Con Camera

While this spin-off has not seen the light of day since the N64 era, it still pops up in forums and in comments in Social media. What better way to bring back the series though with full VR compatibility. While I would be more than happy with just a new instalment or remaster of the original that could simply be played on Switch. An optional feature to play the game in full VR would be incredible. The Toy-Con Camera could be used to full effect, you could zoom in, throw bait and snap away at your favourite Pokémon.

Again, the Toy-Con Camera could be an extra feature rather than limiting the Game to only work soley with Toy-Con. If the game only workd with the Toy-Con Goggles, I would still make Pokémon Snap on Switch a Day One purchase.

It is no secret that our Editor-in-Chief Jack and myself are Scuba Diving Professionals with a profound love for the sea and everything in it. Even on days when we weren’t diving, Endless Ocean on Nintendo Wii and its sequel were games we would regularly play. If Nintendo were to release Endless Ocean 3 on Nintendo Switch, we would be all over that in a flash. To the point that people would start referring to us as “EndlessOcean64.com”.

The Ocean Camera Minigame with the Nintendo Labo Toy-Con 04: VR Kit is a very immersive experience but rather than scratch the itch we have for an Endless Ocean successor, we want more of it. Even if Endless Ocean 3 were to come to Switch and had optional Labo VR support, you can bet your last dollar that Jack and I would almost never return to the real world again.

Luigi’s Mansion 3 is on its way to Switch. While no exact release date has been given, we would love to see some kind of VR support for the game, The Toy-Con blaster could double as the Poltergust 300 and could be used to suck up ghosties providing it is properly charged of course. Another little VR mode could use the Toy-Con camera to take photographs of things that go bump in the night.

If the many peripherals are not your idea of fun though, the standard Labo VR goggles with full access to the Joy-Con buttons would certainly make for a new type of experience. Jump scares abound!

Mario Tennis Aces – Mario’s Tennis VR 2 Because Why Not?

While full VR functionality is probably not a good idea, a separate mode like Swing mode would add another feature to the game, which could have users play against Mario and having to volley back the Tennis Ball. This of course could be done in full colour as opposed to the Red and Black visuals of the Virtual Boy. We don’t need people to start bleeding from their eyes again, it would ruin the cardboard of the Labo VR.

These are just some games we think would make good use of Labo VR. What games would you like to see get the VR treatment? Feel free to let us know in the comments below