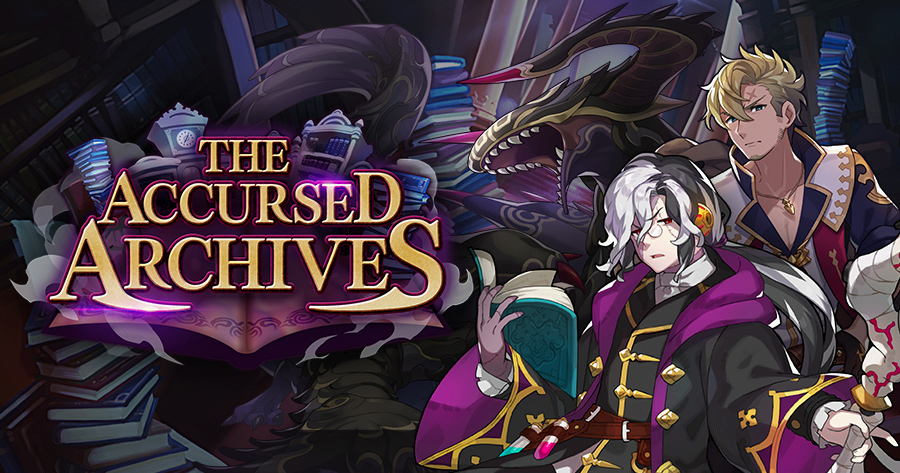 The latest event in Dragalia Lost is now taking place, but be fast as you only have 7 days to complete it! The Accursed Archives features a new story, facility, and a shadow element summon showcase to help boost your Shadow element teams! Can you defeat the enemies at hand?

One fateful day, the entire population of a small village vanishes seemingly without a trace.

In order to figure out why, the prince and his friends break the seal on a mysterious library… But this led to greater mysteries still.

What awaits them is a garden of madness beyond description. Absolute and nightmarish chaos.

In a library enveloped by riddles and fear, can they discover the ultimate truth?

In The Accursed Archives, you can acquire an event-exclusive facility: the Library Obscura. If you play the event, you’ll have the chance to build one for your Halidom!

Adventurers can equip event-specific wyrmprints to receive more arcane tomes from these quests, which are used to upgrade the Library Obscura. Wyrmprints are good for more than just that, though, so try to get a hold of them to get the most out of this event!

Featured adventurers, dragons, and wyrmprints have an increased appearance rate.

Note: For information about other featured adventurers,dragons, and wyrmprints, tap Summon on the in-game footer menu, then check Showcase Info.