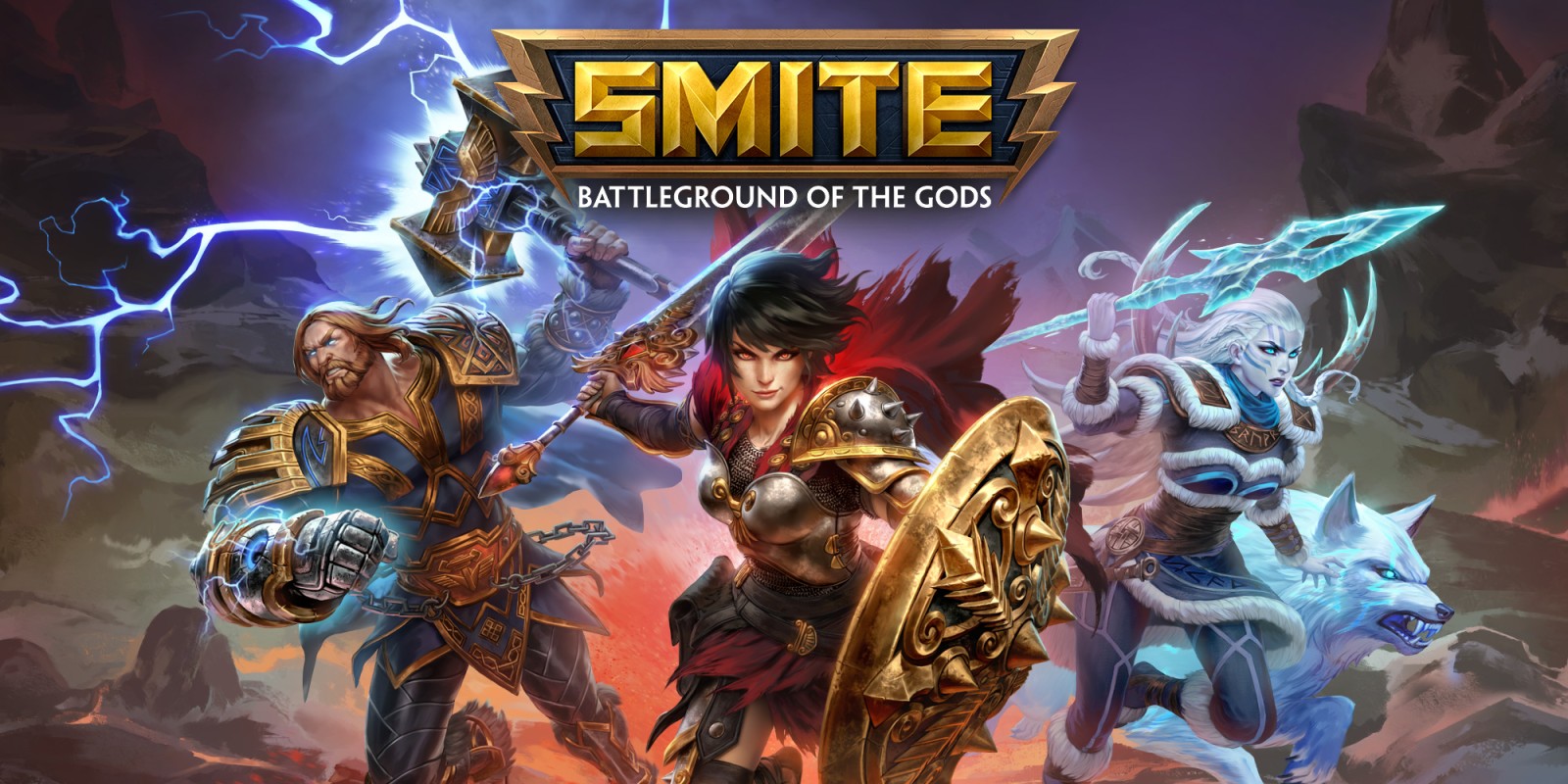 More free-to-play, epic multiplayer goodness awaits on Switch and this time, we have SMITE to thank for it!

With Paladins becoming such a hit on the Switch, providing a much needed First-Person-Shooter experience on-par with the competing consoles, it was only a matter of time before Hi-Rez transferred over their critically acclaimed god-fighting MOBA to the console.

SMITE twists the classic multiplayer online battle arena genre of games and gives it a fresh and unique take. With a triple digit roster, eSport support and many themed events, SMITE brings to the Switch an already flourishing online community and along with it, a fleshed out gaming experience accessible to any fan of the genre.

SMITE, while having a lot of differences with existing MOBAs, employs a lot of familiar mechanics that any MOBA fan will feel right at home with, a large roster of characters, towers, minions, lanes and even the salty fan base to boot. The one thing SMITE does noticeably different however is it’s camera placement.

The first thing any fan of the genre will notice is that SMITE has a completely different angle of the action; rather than being a birds-eye view of the battlefield, the camera is instead set just behind the player, giving a more immersive view to what a traditional MOBA map feels and plays like.

Because of this, moving is no longer a simple click, since it instead requires full use of the analogue stick, similar to any third-person shooter. While SMITE’s movement may be affected by the camera placement, its other traditional MOBA mechanics are still as pure as ever, with abilities, heroes and gameplay being just as functional, if not, more with the new view and easy-to-understand controls.

Over my time playing video games, I’ve never been able to get into MOBA games. I’ve tried League of Legends, DOTA and Arena of Valor and none of them ever managed to capture me visually or mechanically as well as SMITE did.

Granted, SMITE still has the traditional learning curve a MOBA has, but it was a lot more forgiving and inviting with its noob-friendly gameplay modes and styles. In regards to this learning curve though, I would really recommend the gameplay modes Joust and Arena first. I feel like these game modes offer the best experience for newcomers as they give the best overview of the game mechanics from the get-go.

Conquest is there too, and it is unlocked at level 5, but this is the more traditional MOBA game mode and is a bit more difficult and requires a lot more thought, planning and skill than any of the other modes and probably isn’t the best until you’re comfortable with the game completely.

The other game modes, Siege, Assault and Clash are also there, however, I felt like they were only there to help players understand how to play the game (which Joust and Arena already do effectively enough).

Once you’ve explored all of these modes enough, you’ll find yourself feeling knowledgeable enough to tackle the main game mode of Conquest, and this is something I’d highly recommend.

As far as character roster and general gameplay are concerned, SMITE does an amazing job. With a base roster of 100 different gods, the action fluctuates and changes with each game. Every SMITE god feels actually balanced for gameplay.

Each class and hero plays differently in comparison to each other and some are easy to pick up, but hard to master and some are difficult to pick up and easy to master. No matter your play style, there is a playable character for you, which makes SMITE a very rewarding game.

Each one suits a different play style, and much like other MOBA and class-based games, finding the right balance for a match-up is crucial. If you have too many or too little of the same class, you might find yourself at a sheer disadvantage, so team communication or at least finding some flexibility in your character choice may allow you to have an efficient and prominent team composition.

Much like traditional MOBA games, each character has a set of skills that, throughout the match, can be bought and upgraded by spending the gold you earn from killing enemies or capturing objectives.

As well as skills, you can purchase items to help buff or restore stats, but this will take you back to your spawn point, so it’s wise to do this at the right time as to avoid the enemies from pushing forwards.

While the item buying is by far more complex than something like Paladins, it still flows really well, and if you spend that extra time trying to master the system, you’ll be rewarded greatly.

The maps in SMITE, while still obtaining a similar layout to games like League or Dota, feel a lot different due to the camera angle.

Since pulling the camera back to a bird’s eye view is a no-go, the battles become a lot more strategised and require a more constant presence of awareness and communication with your teammates as the advantage that normal MOBAs allow you to have, such as the ability to look further into the map (to find out locations of enemies and towers) is a lot more restrictive.

In light of this, characters that rely on a ranged load-out of skills will have to do so with more caution, and ambushes and sneak attacks can be even more rewarding, as they can genuinely surprise the enemies more than in games like League and Arena of Valor.

In terms of a Switch port, just like Paladins, Hi-Rez did a spectacular job. The extreme graphical and mechanical demands a game like SMITE entails seems like it would be near impossible to pull off on the Switch, but most of the assets in the game look damn near incomparable to their other platform’s versions and during my time playing, I never noticed a smidge of lag or frame rate drop, which is a definite and welcome surprise.

While the game is currently available for free, the question is: is the Founder’s Pack worth it? From the premium Founder’s Pack, you get yourself access to every single available god in the game from the get-go, allowing you to experience every character for yourself and allows you experiment with your favourites straight away.

In addition, you’re given access to every upcoming god for no added cost and thrown in are some extra goodies like gems and skins.

If you’re an existing SMITE fan, getting right back into the action on the go might be annoying, as you’ll have to either grind all over again or pay for your existing gods – but if you’re a fresh player and you’re looking for a fresh take on the MOBA that isn’t the already existing Arena of Valor, then the Founder’s Pack is a pretty good deal for what it offers.

SMITE on the Switch really packs a punch. Once again, it’s proved that multiplayer-heavy games really do have a place on the Switch and if you’re a MOBA or existing fan of the game, SMITE’s foray onto the hybrid Nintendo console is a real treat, since it allows an entirely fresh take on the MOBA genre, and does so spectacularly with a port that feels out of this world. The game is free-to-play, so it’s worth the download – and if you enjoy the content you see, then maybe the Founder’s Pack is for you after all!