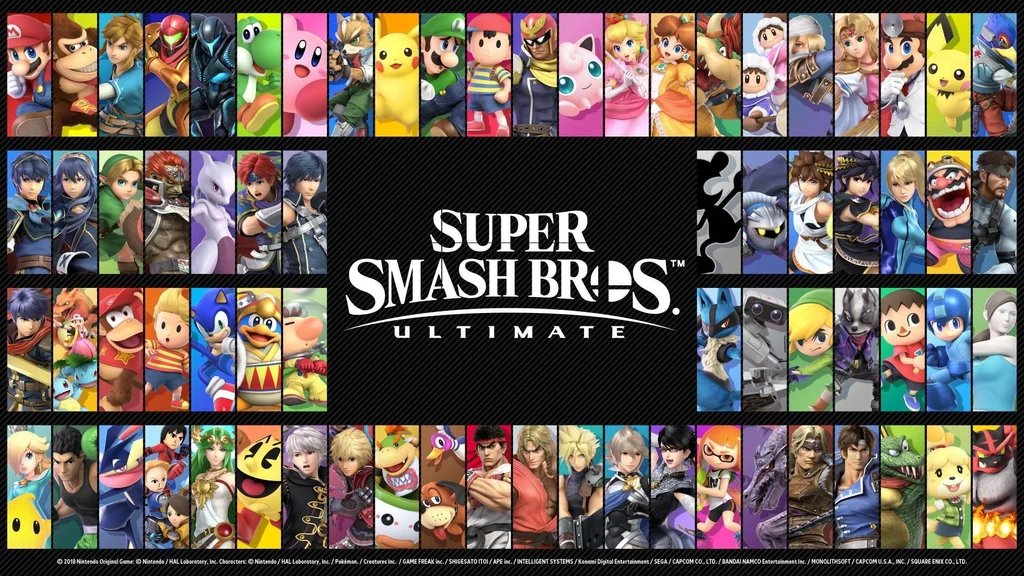 In the first issue of Nintendo Dream for 2019, Masahiro Sakurai talks in-depth about the deciding factors of the inclusion of new characters, tweaking of old characters and much more for Super Smash Bros Ultimate. Piranha Plant might not look much like a fighter but he was chosen for his looks, as he is one of the most recognizable characters in Videogame history. Incineroar bested Decideuye as the Gen 8 Pokémon representative with a moveset inspired by Pro Wrestlers.

The whole feature is in Japanese but the folks over at Nintendo Everything have translated the article. We have a couple of excerpts below.

The Inclusion Of Piranha Plant

I remember thinking “Seriously!?” when Piranha Plant was first announced for Ultimate.

Sakurai: There really isn’t any unique appeal to a game where it’s just a lineup of heroes. Since it was a bonus character, my options were relatively open. In terms of the “marketable” characters, Piranha Plant is just one of them – there are plenty of others. If you spin it as a bonus character, though, there’s a lot you can do with it.

Seeing the disconnect between Piranha Plant’s jump and dash moves and his appearance is pretty amusing.

Sakurai: For instance, differentiating the sword users’ individual characteristics is quite difficult – them seeming similar isn’t unlikely. Protagonists sure do love their swords – you’d think using an axe from time to time would be okay, wouldn’t it? (laughs) Even excluding swords, if a character’s just using punches and kicks it doesn’t really illustrate their respective game’s individuality. Piranha Plant, on the other hand, has a whole host of skills that are unique to it.

So, you’d say that a character’s variety of skills in their original work is a deciding factor as well.

Sakurai: There’s all kinds of varieties, but you’re typically apt to forget about them afterwards. Piranha Plant, though, is super famous. (laughs)

Sakurai: You’d think, but everybody seemed to have forgotten about it, right? That being said, even people who don’t play games know what a Piranha Plant is; it might even be more popular than a few of the other fighters in terms of recognition. It has a history, too.

The Choice Between Incineroar & Decideuye

So, Incineroar was taken from the newest Pokémon games.

Sakurai: While I was having talks with The Pokémon Company, they had shared with me some of the development details for the upcoming Pokémon Sun & Moon games. Up until the very end it was between Decidueye and Incineroar – which one should I choose? I felt like I could do interesting things with either of them, but in the end, I went with Incineroar.

What led you to the deciding between those two?

Sakurai: They were both strong as characters – had it been Decidueye, I could’ve done a variety of things with projectiles and the like.

There hasn’t been a fighter that fights like a pro-wrestler.

Sakurai: Part of what they showed me had an image of a fire vortex coming out of Incineroar’s belt, but that didn’t really go with the pro-wrestling image, so I didn’t use it. I thought it would be more fun if the character revolved entirely around the wrestler concept. That being said, pro-wrestling can be completely different depending on the generation, right? I grew up in All Japan Pro-Wrestling and New Japan Pro-Wrestling’s heyday, when they were still being broadcast on Golden. As of today, though, it seems like there’s a lot of people that don’t really know much about pro-wrestling.

Sakurai: There might not be many people out there saying “I saw a pro-wrestling match yesterday!” (laughs)

Ganondorf And His Mighty Sword

There were also a significant number of changes among existing fighters movesets – one being that one of Ganondorf’s smash attacks involve him swinging a large sword.

Sakurai: In terms of requests, there were a lot that entailed wanting Ganondorf to use a sword. I felt like renewing a few of the fighters was a good decision but changing them too much would have made them completely different characters. So, I opted to focus on the characters’ Smash Attacks instead. The Twilight Princess version of Ganondorf used a sword that didn’t feel quite right – a thin sword doesn’t give off the impression that a strong arm is swinging it, and you could see that a bit in his taunt. I felt like Ultimate was a good opportunity for Ganondorf to bring back the sword that Ganondorf had originally used.

Up until now, Ridley has only appeared in the Smash Bros. series as a boss character. What did you have in mind when you were turning him into a playable fighter?

Sakurai: How huge he is, for one. You can see him standing up straight for a moment in one of his taunts – compared to any of the more ordinary fighters he really is colossal. Ridley had to be big, that’s who he is; any smaller and he starts looking more like an imp. I turned to the NES and SNES games for inspiration as to how to implement him in a way that was feasible; using those games as a reference is what led to his current hunched-over appearance. He’s bigger when he stands upright, but his base appearance is based in the quadrilateral sprites of the NES.

If you would like to read more of this interview, we suggest that you hop on over to Nintendo Everything for the full translated interview. It is four pages long and covers much more including differences between Toon and Young Link, why Sakurai went with Zelda from A Link Between Worlds as opposed to Breath Of The Wild, online matches and much, much more.