Travis Strikes Again: No More Heroes Out Now On Switch 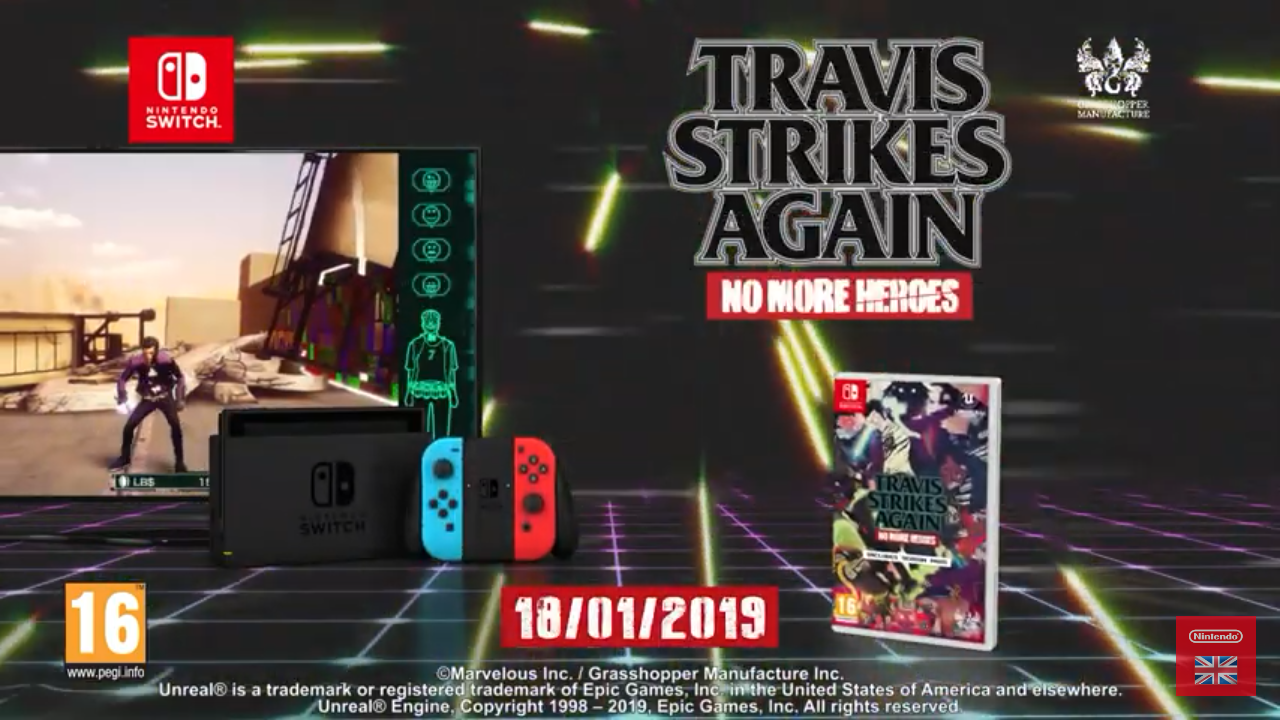 Get ready to hack and slash whilst tripping balls, Travis Strikes Again: No More Heroes has finally been unleashed onto the world. Join Travis as he goes on perhaps his most weirdest adventure yet as he gets sucked into the Deadly Phantom Games console, the Death Drive Mk II.

To celebrate the release, a new launch trailer for Travis Strikes Again has been uploaded to YouTube

We also have the official press release for Travis Strikes Again: No More Heroes. It announces that there is a patch on the way which will include a new opening cut-scene and some information about a particular stage in the game.

The return of Garcia & Johnson: One of the game’s stages, “Serious Moonlight”, is based on the hit title Shadows of the DAMNED!
“Serious Moonlight”, one of the games playable on the in-game console of legend known as the [Death Drive Mk II], is a battle-action game based on the 2011 release Shadows of the DAMNED, for which Goichi Suda took the helm as Executive director.

This stage was created from the world of Shadows of the DAMNED. In this game, main character and demon hunter Garcia has died and his former partner Johnson the skull, reborn as a hero, appears as the character Eight Hearts.

Additional patch “Day 7 Patch”
A patch will be made available seven days after release, and will add a new opening movie.