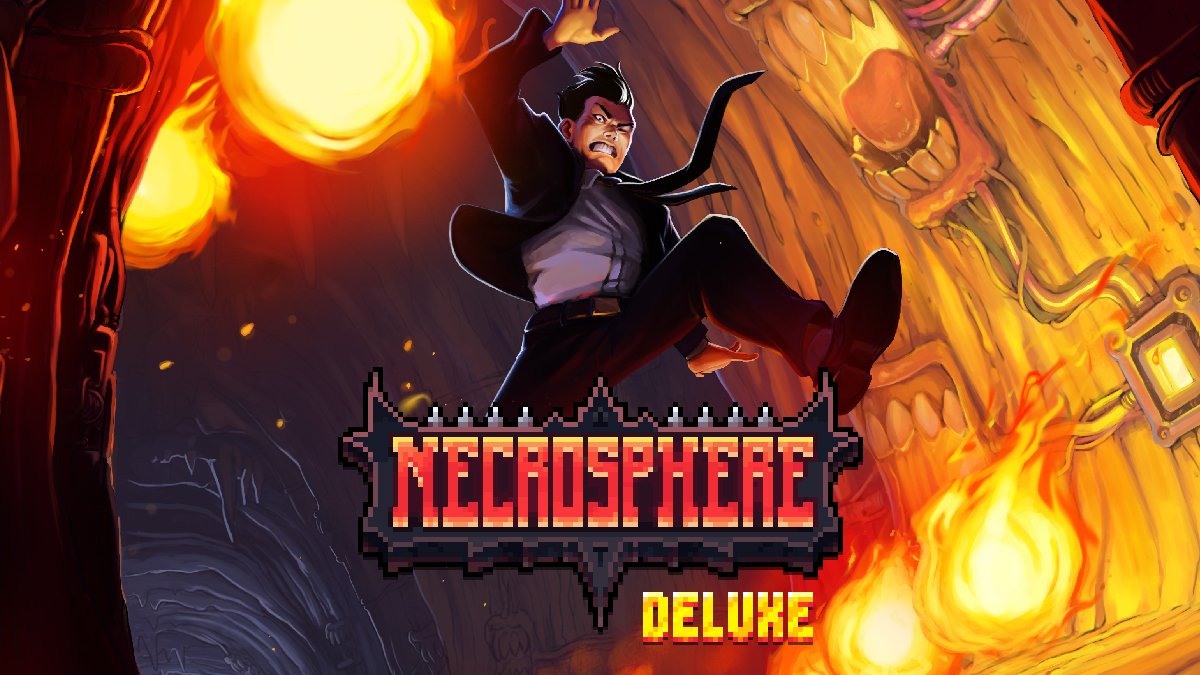 UNTIES are releasing Necrosphere Deluxe to Nintendo Switch this January

Having previously brought a selection of games to the Nintendo Switch in 2018, Sony Publishing label UNTIES is looking to do the same again this year and it all starts with Necrosphere Deluxe.

Developed by indie studio Cat Nigiri, Necrosphere Deluxe is a two-button metroidvania that will launch on Switch, PS4 and Vita, two weeks from now on January 31. The full announcement can be seen here:

FLORIANÓPOLIS, Brazil – Jan. 17, 2019 – Necrosphere Deluxe, the retro adventure-platformer with minimalist controls from Sony publishing label UNTIES and indie studio Cat Nigiri, will dodge deadly spikes to land safely on Nintendo Switch, PlayStation 4 and PS Vita on Jan. 31, 2019. It will elude flying fireballs and duck onto Xbox One in Q1 2019.

When super-secret agent Terry Cooper dies on a failed mission, he awakens in The Necrosphere. This afterlife is bursting at the seams with dangerous obstacles, devious traps and deadly enemies all working together to stop Terry from escaping. Soar to new heights with a jetpack, bounce sky high off gravity bubbles, and collect game-changing items, all while utilizing an intuitive two button control scheme, to return to the Normalsphere.

Frequent respawn points drop Terry right back into action, allowing him to quickly learn from his mistakes and re-tackle the challenges of the Necrosphere. Even with his partners sending him messages from the Normalsphere to guide his journey, he’ll need to make the most of his abilities to escape the Necrosphere and stop the Istanistani from carrying out their evil plans.

“We designed Necrosphere Deluxe to challenge the masters of super-hard platformers while being approachable for people new to the genre,” said Caio Lopez, founder of Cat Nigiri. “Necrosphere Deluxe’s simple controls and bite-sized but devilish trials will help new players improve their skills while simultaneously presenting hardcore platformer fans with the most difficult game they will ever play with two buttons.”Necrosphere Deluxe will be available on Nintendo Switch, PlayStation 4 and Xbox One for $9.99 in English, Brazilian Portuguese, Spanish, Italian, French, German, Russian, Korean, Japanese and Simplified Chinese. The game is currently available for Windows and Mac via Steam. The upcoming console versions of Necrosphere Deluxe will feature improved graphics, optimized performance, and additional languages compared to the PC version.