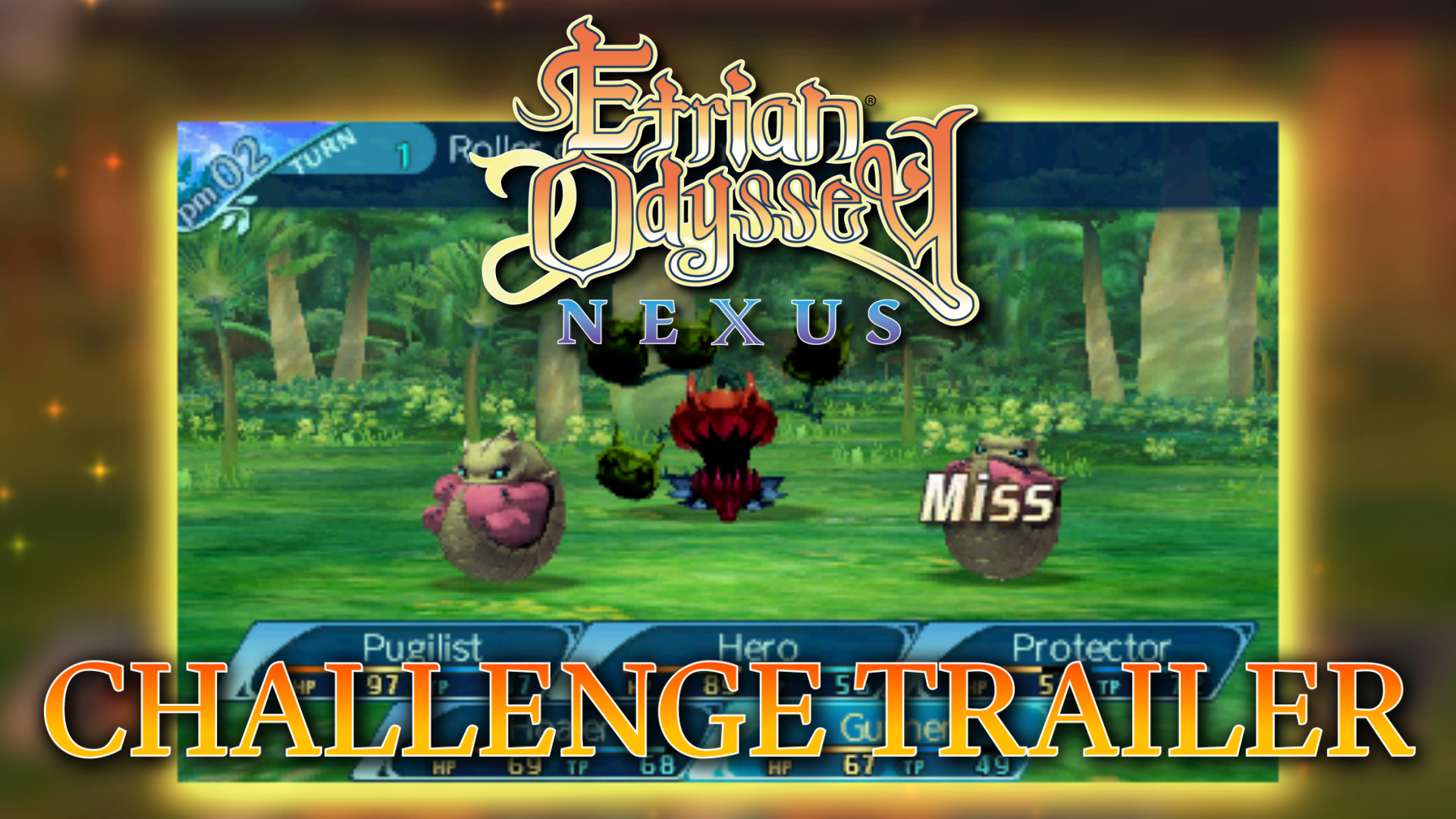 The 3DS may be on its deathbed, but it’s not dead yet and on February 5, 2019, it will see the release of Etrian odyssey Nexux. Ahead of the game’s release, a new website has been launched, and a new trailer has been uploaded.

Catch all of the new details right here:

IRVINE, Calif. – February 17th, 2019 – Etrian Odyssey Nexus launches for Nintendo 3DS™ on February 5, 2019! As you carefully explore the labyrinths found on the continent of Lemuria, you must learn to adapt to the challenges you will encounter. Otherwise, you will face almost certain defeat at the hands (or jaws) of the beasts and FOEs lurking within. Find out more by checking out the latest trailer!

As part of today’s update, we are proud to announce the full official website for Etrian Odyssey Nexus has launched! Inside, you will find more details regarding playable classes, important characters, the systems in Etrian Odyssey Nexus that we touch on in the newest trailer.

The Definitive Etrian Odyssey Experience – With more classes, characters, gameplay systems, and labyrinths than any other game in the series, Etrian Odyssey Nexus is the ultimate dungeon-crawling adventure.

Customize Your Perfect Exploration Party – Create and customize characters from 19 playable classes, then take on the dangerous creatures of Lemuria’s labyrinths with your perfect party!

Both Newcomers and Veterans Welcome! – With the ability to swap between four distinct difficulty settings, auto-mapping settings, and a grand standalone story, there’s something for everyone from series newcomers to experienced veterans.

All pre-order and first-run copies of the game will come with an exclusive art book featuring the incredibly-detailed character art of Yuji Himukai and monster art of Shin Nagasawa and the game itself.