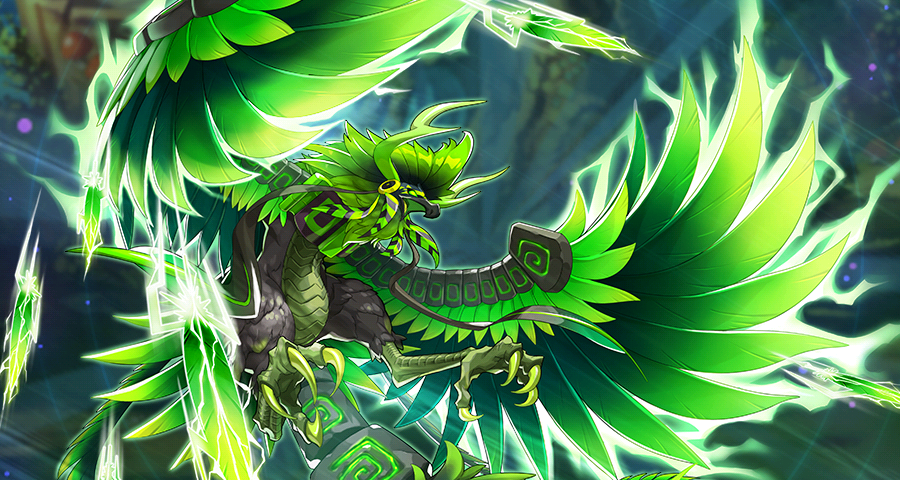 What’s Ahead for Dragalia Lost has been posted from the games director and it’s chalk full of improvements and new features! Find out below about the various topics at hand, and even a new event type “Void Battles”.

What’s Ahead for Dragalia Lost Part. 2:

Hello, everyone. This is Matsuura, the director of the Dragalia Lost game.

First, I’d like to thank everyone who is regularly playing the game.

This is Part 2 of What’s Ahead for Dragalia Lost.

It features a Gala Dragalia version of 5★ Sarisse!

She’ll have two 100% resistances in a single ability, so she should be a great addition to your team.

Currently, the plan is to hold Gala Dragalia approximately once every two months.

The Dream Big Under the Big Top facility event and the Circus of Dreams summon showcase will start at Jan 14 22:00, 2019(PT).

The circus is the theme for this event, meaning it features some pretty vibrant and lively characters. I hope you’re looking forward to it!

■Reflecting on Part 1 and the direction for future updates

We’ve implemented all but one of the topics discussed in the previous What’s Ahead for Dragalia Lost, and I’m very relieved to see that players are receiving the changes favorably.

The one remaining point from the previous What’s Ahead for Dragalia Lost is new content, and I do have some information I can share about it. You can read about it below.

Regarding Treasure Trade, we have received a lot of requests for us to add Insignias to the Treasure Trade lineup. While this is not something we will be adding immediately, we do plan to add it at some point in the future, so we hope you look forward to it.

In current events, I believe that the thing most in need of improvement is the co-op matchmaking environment.

This content has already been shared via notices, but I’ll reiterate it here.

First, hosts and guests both will use getherwings when playing co-op.

Stamina will not be used (you will no longer be able to play co-op by expending stamina).

Along with this change, in raid events hosts and guests will both use otherworld fragments, and we will do away with host rewards.

We think that unifying the resources expended by hosts and guests will make matchmaking easier.

We will also adjust the recovery time for getherwings and the amount of getherwings expended in each quest.

Additionally, we are looking into instituting a penalty for players who are repeatedly inactive during co-op games. We view co-op as an important part of Dragalia Lost, so we will continue to strive to improve the experience and create a comfortable co-op environment.

Though these changes will not be implemented until later, we will also make it so that multiplayer quests do not get interrupted when disconnected from the host by having the AI take over the other adventurers in your squad, and make it possible to set a goal when playing co-op so that you will match with players who set the same goal.

These improvements will be implemented over time, so we thank you for your continued patience.

2. About summoning when starting the game

We plan to make it so that a 5★ adventurer will appear in each new player’s very first summon when starting the game for the first time. The adventurer will be one of the nine adventurers from the initial release.

We want new players to be able to enjoy playing the game for a long time and hope this will help.

We’ll post a notification when this change is implemented. We also plan to send everyone already playing the game a 5★ Summon Voucher.

We’ve finalized our direction for the new content mentioned in the previous What’s Ahead for Dragalia Lost, so I’d like to talk a little about it.

The new content, Void Battles (name not final), will unlock upon clearing Chapter 7 of the main story.

The enemies fought during these battles are a type of fiend that have transformed due to the effects of black mana, or dragons who have been corrupted by black mana and have lost themselves as a result.

(For example, this type of enemy includes Hypnos, who appeared in a previous raid event.)

As explained before, the difficulty for these quests would fall between Advanced Dragon Trials and Dragon Trials: Master / Imperial Onslaught.

Bosses will be added periodically.

You’ll also be able to use the materials collected here to create new weapons.

New weapons appearing in this event have special abilities, so they should expand your options for creating teams!

We’re currently planning to open up this new type of battle at the end of February. Only a little while longer to wait!

This is something that will be addressed even later than the addition of these new battle types, but we plan to change the way that wyrmprints work.

Currently you can equip one wyrmprint per adventurer, but we are investigating the possibility of equipping a second wyrmprint.

We are considering restrictions of some sort along with this, but it would vastly increase options for building teams and raise the overall importance of wyrmprints.

This could even create new ways to challenge Advanced Dragon Trials!

We’ll share more details when we’re ready to implement this change, so keep an eye out for more information.

These four points are all I can talk about for now. In summary:

First, we will work on improving co-op play.

After that, we will expand your options for building teams and create a way for you to use those adventurers.

I hope you’re looking forward to it all!

So, what did you think of What’s Ahead for Dragalia Lost, Part 2?

We want to do all we can to make this game more fun for you to play every day.

Thank you for playing!

1. Any adventurers and game screenshots shown are still in development.

2. Summon showcase, event, and update content may change without notice.