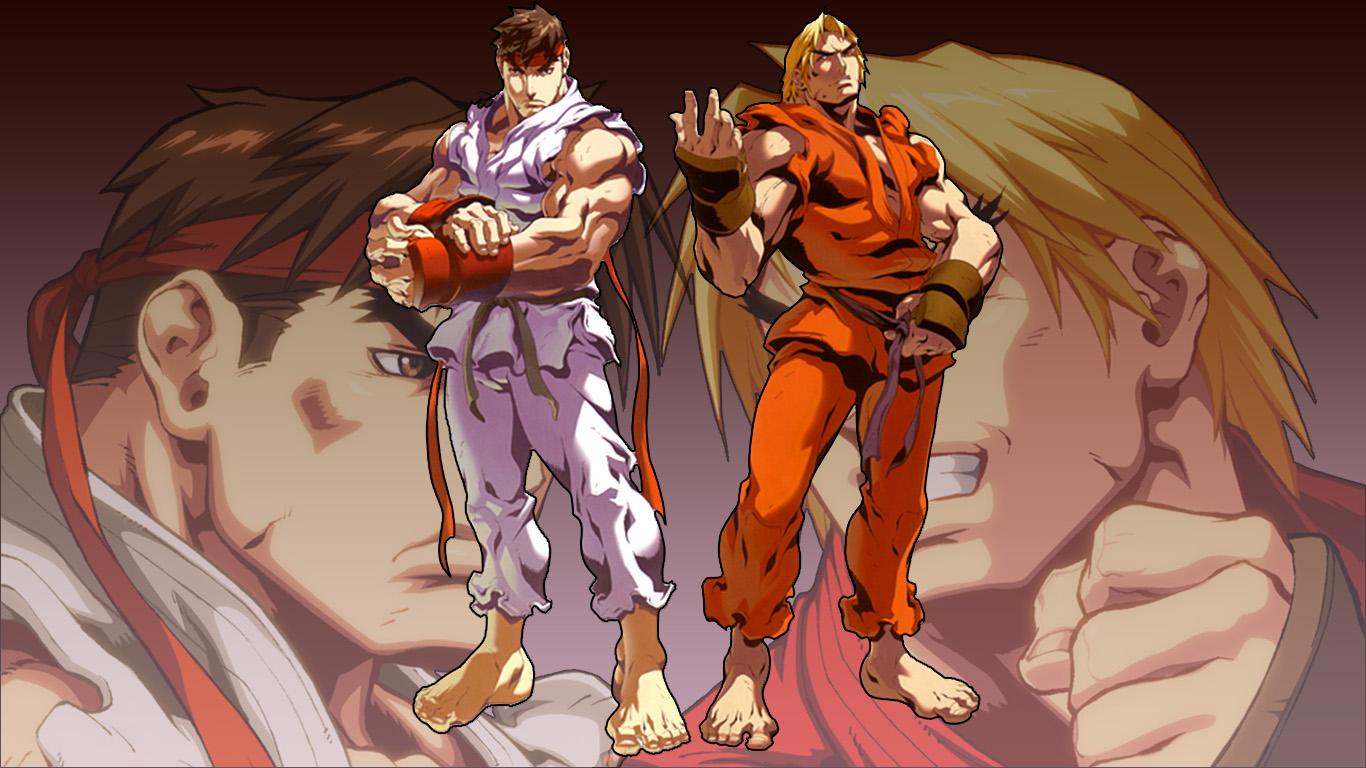 As part of our #BrosWeek celebration, we are looking into the back story of some of gaming’s most famous videogame Bros. The Super Mario Bros. will get plenty of attention this week but in this article, we will be looking at the original Smash Bros. before Smash Bros was Smash Bros. That’s right, we are talking about Ryu and Ken

Anyone who has played a Street Fighter game will know who Ryu and Ken are. Though they have become part of a much bigger roster of fighters since Street Fighter II, they were the only 2 available fighters in the original Street Fighter. Much like the Mario Bros. Ken was a color palette swap of Ryu. As time has gone by, back stories have developed for each character and has built on the relationship between the two fighters.

According to lore, Ken and Ryu were best friends since childhood. They also trained together in the Martial art of Ansatsuken under the guidance of their Sensei, Master Gouken. The red headband that Ryu wears was actually a gift from Ken. This was after Ryu gave his own headband to Sakura, who is fixated on Ryu and has learned his fighting techniques.

Both characters come from very different backgrounds. Ryu is of Japanese origin and came from very humble beginnings. Ken on the other hand, is American and was raised by rich parents. Ryu was taken in by Master Gouken when he was very young and has no memories of his parents or why he was orphaned. Ken became a student of Gouken shortly after, when Gouken’s friend asked him to train his spoiled son.

Ken became more than just a sparring partner for Ryu. Ryu considered him as a surrogate brother and friend. The two share a strong bond that even extended to Ryu being invited to Ken’s Wedding. The Wandering Warrior Ryu of course, attended the occasion.

Where They Are Now

Ryu & Ken have appeared in over 60 games together in the 30 odd years since the debut of Street Fighter back in 1987. Their latest appearance is in Sora Ltd and Nintendo’s very own Super Smash Bros. Ultimate. They have gone their own way multiple times over the years. However, they have always found a way back to each other. The original Smash Bros are together again for the Ultimate fight alongside the Super Mario Bros. and company.