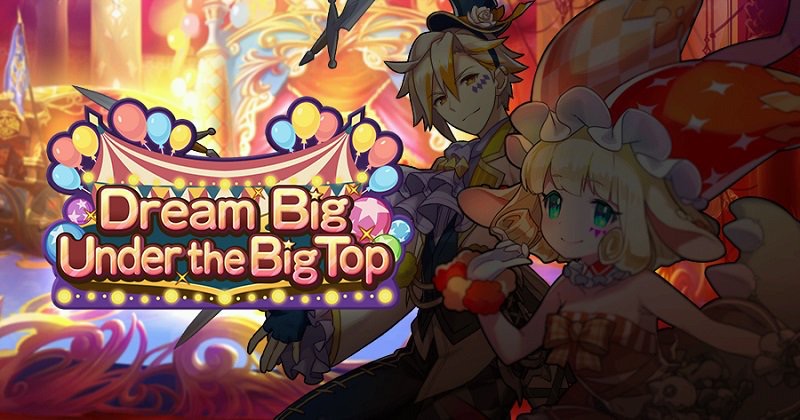 Dragalia Lost has dropped its latest teases for what’s coming next to the hit mobile game. Gala Dragalia, a new Facility event, 1/2 stamina on Imperial Onslaught, and more are all at hand!

First up, the Dragalia Festival or “Gala” Dragalia rateup Summon showcase is now live featuring the 5* Limited adventurer Sarisse. All 5* units, dragons, and wyrmprints will have a 6% rateup chance. Sarisse is of the Fire Element and is a bow user who will be available until January 15th.

Next up, the next Facility event has been announced dubbed “Dream Big Under the Big Top” it’ll feature light based dragons/adventurers. Like most Facility events, a special facility will be available to level up to five star boosts to the Light element.

Finally, they round off the updates with a 1/2 stamina event for Imperial Onslaught.