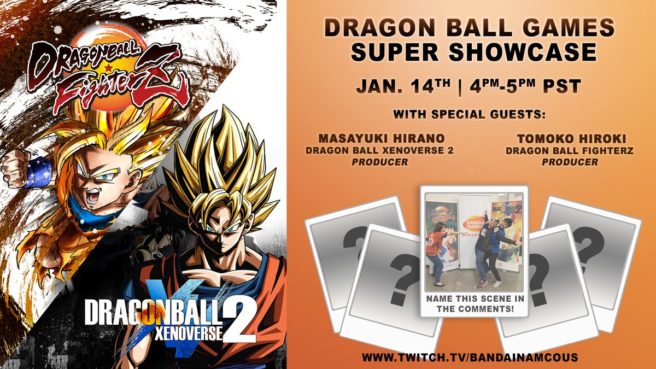 Bandai Namco has announced that next week, they will be hosting a new Dragon Ball Games Super Showcase. The Showcase will last for an hour on January 14. Big news and reveals have been teased by Bandai Namco to be announced during the showcase. There will also be interviews with Dragon Ball FighterZ producer Tomoko Hiroki and Dragon Ball Xenoverse 2 Producer Masayuki Hirano.

The showcase will go live at the following times depending on your region:

If you would like to watch the Showcase, you will be able to catch it on Bandai Namco US Twitch Page.