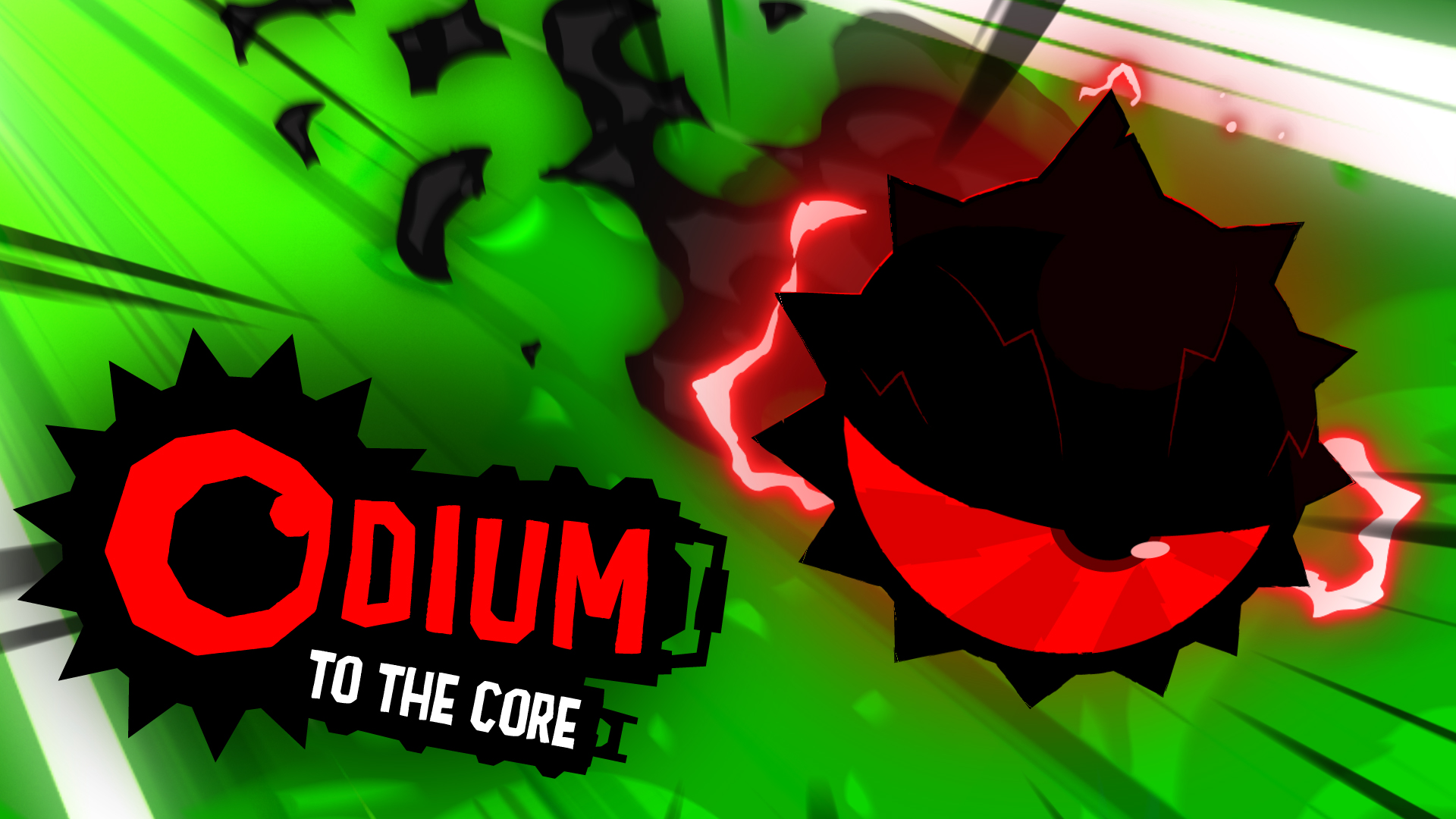 Odium to the Core, from developer Dark-1 and published by QubicGames, is not your traditional one-button endless auto-runner. This is as a hardcore runner with some rhythm elements and a deceptively insane learning curve. If you can stomach the immensely challenging gameplay and difficulty curve, you have a solid and addictive experience that will keep your curse words flying, but comes with feeling of unmatched jubilation upon completing a level.

The gameplay is about as simple as it can get. You take control of a monochromatic, black circular creature known as Odium and your goal is to reach each stage’s end seeking out cores to help stop the spread of corruption and save the world. Movement is regulated to just tapping A to ascend and letting go to descend. Unfortunately, you are not able to use the touchscreen in handheld mode like the iPad version. I appreciated the overall design of the world with in-game cartoony graphics mixing with a monochromatic art style to provide the Odium with a unique aesthetic.

While you only use one button to manipulate movements, you actually don’t have direct control over Odium. You instead control the movement of the stage while Odium is in a constant trajectory forward. The rhythm elements come into play with how speed can be altered depending on the beat of the song playing. This adds a great amount of tension and requires quick thinking to understanding how Odium is moving throughout the environment. There is a steady progression in thanks to the well-designed levels and new obstacles are introduced at an adequate clip as to not get too frustrated.

Orbs are scattered along your path and aren’t necessary to gather for completing a level, but are essential if you want to get the highest score possible and fulfill the gear at each level’s end. Another way to get a higher score is by tapping less, which in turn requires you to be more skillful in how you move Odium through a stage as tapping makes the game easier. There are hidden padlocks in tricky places and collecting them all will unlock new cosmetics and nightmare levels, which I can only imagine how difficult those must be.

This world of Odium to the Core is strange indeed, but there is a certain beauty to the choreography of it all. The single button control is incredibly tight and it’s neat to see how Odium seems to dance through a stage. There are plenty of things happening in the foreground and background, including ancient technology, shrapnel, and other creatures, to provide a sense of stimulation and make things more exciting than being a simple corridor runner.

Difficulty is graded on a skull level with five skulls being the greatest and it was on these levels that I wanted to pull my hair out (or beard hair, since I have a buzzed head). Some levels required literally hundreds of time to make it through as some button presses have to be absolutely precise to make it through. It’s unfortunate there is no way to make Odium to the Core easier, as I feel many will simply give up once they make it to the five skull levels. It was like hitting a brick wall, especially since everything before was challenging, but only gradual on the difficulty curve.

Outside of the main campaign, there is an endless mode in which you are tasked with staying alive for as long as possible. Boss battles are also present, although they are more based on maneuvering through a level while a boss appears throughout to dodge in awkward routes. This comes down to playing the same as any other level for the most part, and if you follow the path of the orbs you’ll be safe. it would have been nice to have more variation with the boss implementation, but they still are a nice change of pace.

Where Odium to the Core truly shines though, is in its EDM, heavy bass/drum soundtrack. You really have to feel the rhythm of a song and not be as focused on the beat to make it through a level. The orbs land on snare and bass drum beats, helping to provide a rhythm to your movements. Smooth animations further assist with manipulating the environments and makes for an engaging experience.

Overall, Odium to the Core is perfect for those looking for something different in an auto-runner. The controls while simple, provide enough tactile feedback to make maneuvering through an environment unique and challenging. I wish there was a way to earn currency for skipping some of the later stages, as I feel many will not finish Odium due to the ridiculous difficulty spike further into the game. Regardless, for the price, this is one experience that’s worth checking out for the music and art style alone.