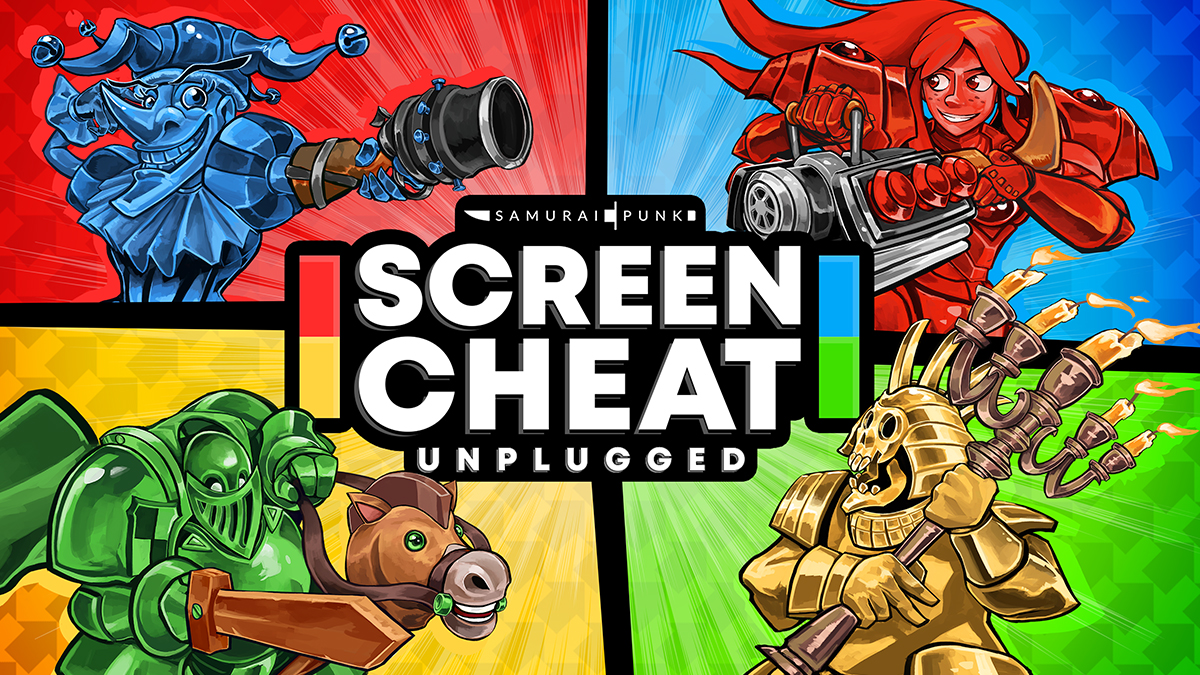 Multiplayer shooting games have been extremely popular on the market nowadays, and Screencheat: Unplugged, while not a battle royale, takes the concept and gives it a fresh twist by making all of the player characters invisible.

Screencheat: Unplugged is a cool new way to battle your friends, even if it may be a little confusing.

Screencheat is an arcade shooter best played with friends. The objective is to shoot your opponents as often as possible, but being invisible makes it a bit more difficult. Instead of focusing on your portion of the split-screen, you must “cheat” and look at your opponents’ split-screens in order to discern where they are.

It’s definitely an interesting concept, as everyone is in a race to find each other before being found themselves. There are ten different weapons to unlock, ranging from gun-like items to jousts that allow you to race around the stage to impale your opponents.

If I recall, I never changed my weapon. I preferred the standard weapon that you start off with. I felt as though it worked the best and the long-range worked well for the type of game it is. Once someone gets about five kills, the current round ends and you can move onto the next fight or change modes, which were more or less the same from each other.

While the concept of the game was interesting, we were a bit iffy with the controls themselves. It took a few good minutes for us to get used to controlling the camera on our portion of the split-screen, as well as how to actually use our weapons to attack others. Other than that, the gameplay wasn’t too bad.

Screencheat’s stages are bright and colorful, allowing the players visible cues as to where the other players are on the stage. Being in first person and having everyone be invisible means that the stages are what you’re staring at for the majority of the game. They were fun to navigate and discern where everyone else was.

The stages definitely made the game because that’s how you play. Some of the stages were easier to navigate than others with tough corners and, if the stage was mostly the same color, it was harder to tell where your opponents were. So, it was definitely cool in that sense.

The music was a bit goofy, going hand-in-hand with the silly premise of trying to cheat and find your friends by looking at their side of the split-screen. The sound effects were definitely on point in this game!

I enjoyed the music and the sound effects. I think it would have been really cool if we could hear our opponents as well as looking at their surroundings on the split screen. But it still worked nonetheless.

Screencheat has some decent replay value if you have enough people around often enough to play. While you can play on your own, the aim of the game is to have other local players to have fun with while trying to shoot each other’s invisible avatars. Different party modes keep the fun from becoming monotonous.

Overall, Screencheat: Unplugged is a fun game. It’s not as great when you’re playing with just CPU characters but it’s doable. While the controls were tough to get used to, it’s definitely a lot of fun if you play with the right group of people.