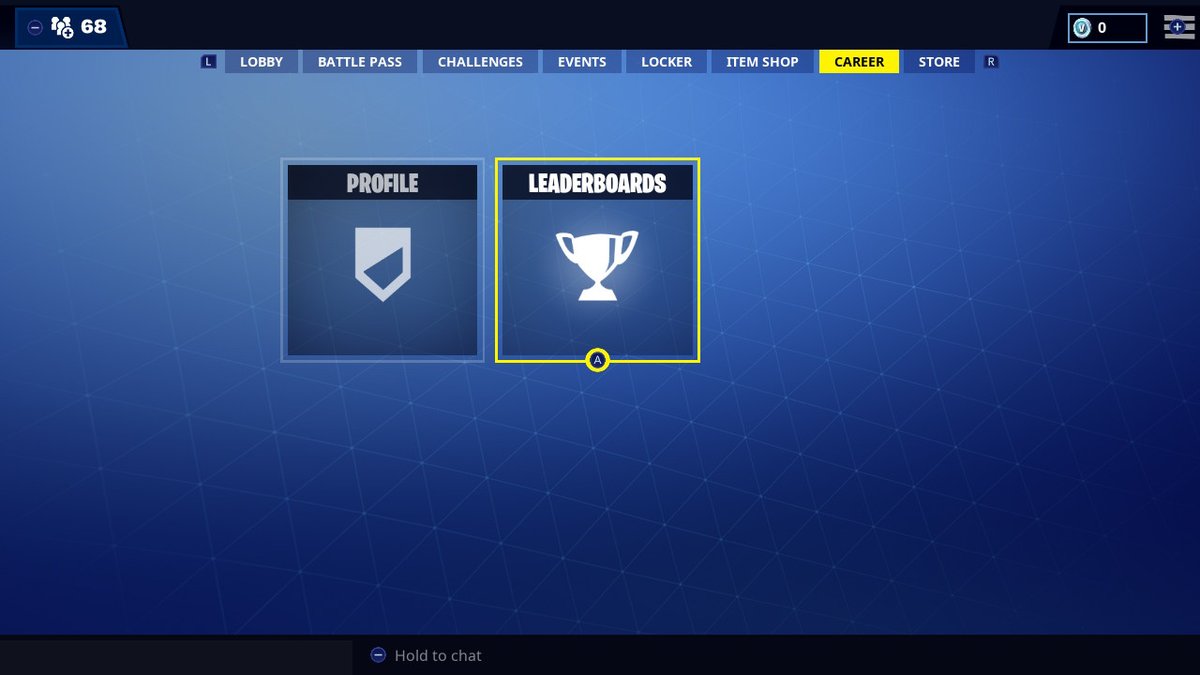 Career Tab might be added to Fortnite on the Nintendo Switch

UPDATE: MasonMinePlayz contributed additional screens that he captured when he also experienced the same issue. He also stated that he encountered an error when attempting to purchase the Frozen Legends Pack this morning, giving him a ‘Temporarily Unavailable’ screen.

It was discovered by @Im_Asunita that momentarily a career tab had been added to the Fortnite Battle Royale page on the Nintendo Switch. This gave her enough time to take some screenshots and share them with us. @Im_Asunita also stated that the Store was inaccessible while the Career tab was present (showing “No Offers Available”) and that this could have been a byproduct of the Fortnite Store being updated to add the Frozen Legends Pack.

While the Career Tab was accessible, you could select both the ‘Profile’ and ‘Leaderboards’ portions of the menu, but it did not display player information:

It is also curious that even though both Profile and Leaderboards options were present, the ‘Replays’ option which is also available on PC as well as the other consoles, was not displayed on the Nintendo Switch.

Once the Career Tab is added on the Nintendo Switch version of the game, it will be interesting to see if the ‘Replays’ option will also make it over, or if it will be scratched due to the limited internal memory capacity of the system.