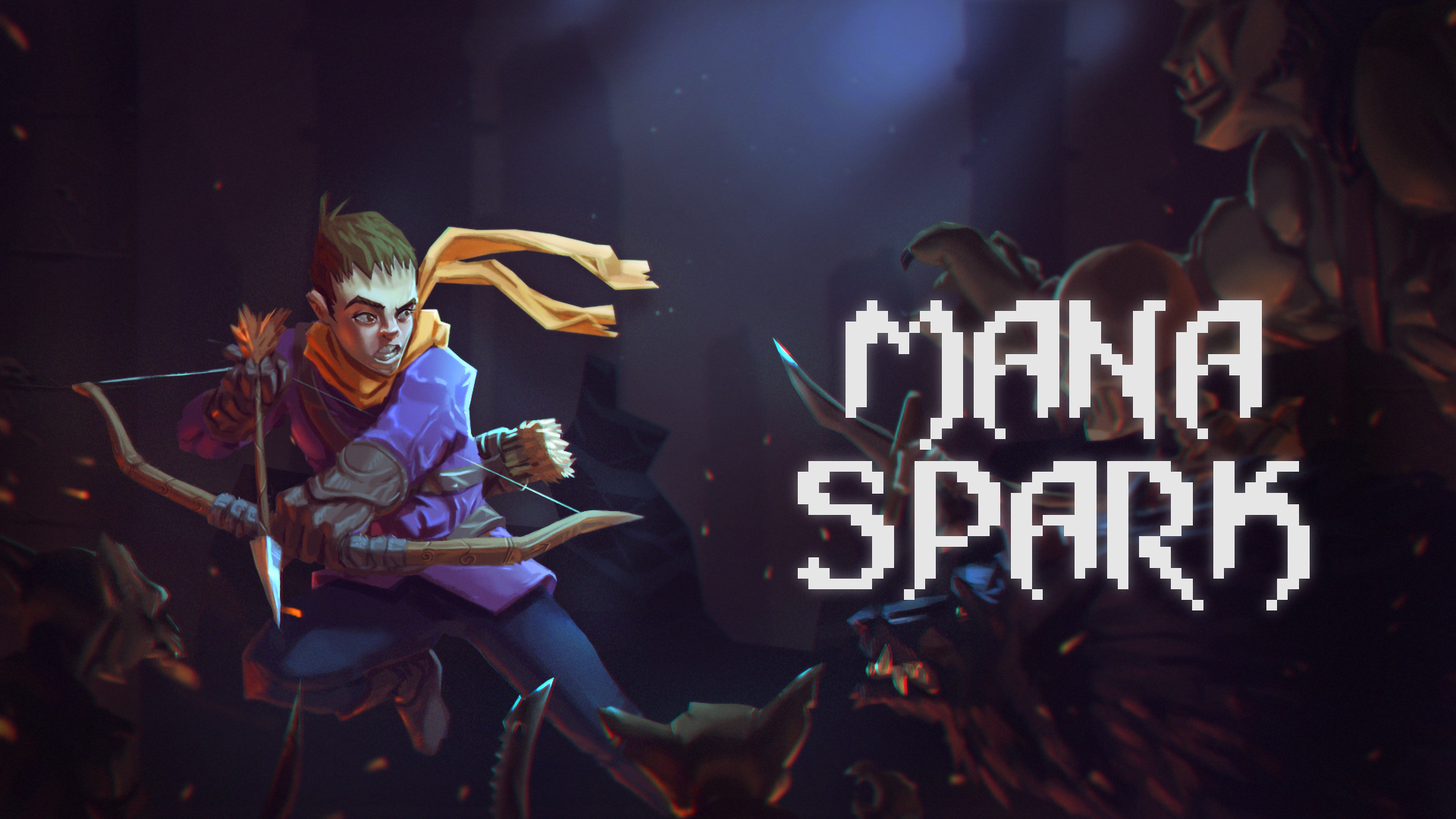 Mana Spark, from developer BEHUMUTT, has finally made it’s way to the Nintendo Switch since being a title that has evolved on PC for a few years. Along with its pixel-based art style, it combines Souls-like combat with rogue-like elements to be truly unique, but also not as fleshed out as something like Dark Souls or the Binding of Isaac.

The story revolves around a world where being human means you’re at the bottom of the food chain. Monsters that can wield energy, known as Mana, hunt down and enslave those weaker than them. While the monsters ransack towns, humans are either put to work or outright killed. Finally, having enough of the way things were, a group of humans decided to strike back at their tormentors and this is where your hero comes into play, to build a thriving settlement and take down the monsters running rampant over the lands.

By definition, Mana Spark is a rogue-like dungeon-crawling RPG with a procedurally generated map making each playthrough feel unique. It features a Binding of Isaac or Dead Cells upgrade system where you gain one random item every amount of floors that powers your character up in specific ways. In a run, you are tasked with tracking the monsters to their lair and fighting your way through the hordes of different foes, each with their own attack patterns, damage output, and special abilities that keep you on your toes.

There is a single playable character in the beginning, as well as two unlockable ones that you obtain through natural progression. You start out with Ellis who is a hunter and he deals medium damage and fighting at a distance with a bow. Next is Jessica who is a crossbow guard and has to stand in place while she shoots, but can fire at a much more higher rate of speed. Finally, there is Wyatt the warrior who foregoes the safe and cautious mentality of fighting at a distance and instead gets up close and personal using a sword.

A good resistance effort is only as good as its support, and these three heroes have an entire camp of individuals who can be hired to lend their talents to your cause. Runes are the currency of the realm and they are eager to get their hands on as many as you can bring back from your travels. Each character has a different purpose with one allowing you to forge stronger equipment and another that allows you to research new items for taking out in the field.

In the beginning, getting used to how each enemy fights, as well as how quickly you can die by any monster, can be a frustrating experience. Fortunately, there is a strong pull to immediately head back out and conquer as soon as you’re faced with new opposition. Mana Spark is very hard, and your health usually dwindles down very quickly which is reminiscent of the aforementioned Dark Souls.

The map is always already laid out in the top right corner, so you can chart your progress as you go and your goal in each floor is to find the staircase that’s indicated by red bars. The exit is blocked off until you locate the switch or switches necessary to unlock, which prevents you from simply gunning it to the end and outs you through more of a precarious state if your health is low.

Certain rooms offer a little more variety to the mix with mini-boss rooms which offer an optional challenge to face a more advanced foe in exchange for a new item and some loot. There are also offering rooms that allow you to bond an item permanently to your character for bringing your health down to one and facing off against three waves of random enemies. After a certain amount of floors, you’ll come across what’s known as a ‘peculiar room’ which allows for a brief respite from your journey as you spend your gold on items, new equipment, and even recuperate.

Each enemy, as stated before, has their own methods of attacking, and you’ll need to memorize and adapt to each one in conjunction with others if you hope to survive. Some enemies even work together, with goblins possibly riding wolves or skeleton warriors protecting nearby orcs or necromancers. After going deep enough though, you’ll come across a boss which are obviously more challenging. After being defeated, you’ll have access to the next area.

Graphically, Mana Spark uses heavily pixelated sprites and has a surprisingly detailed art style for all characters, even with limited graphical fidelity. Animations are fluid, water effects ripple and reflect like they’re supposed to, and lights flicker in the darkness. The sound effects don’t feel out of place with some satisfying sounds, and the soundtrack compliments the aesthetic that it is going for.

After you inevitably close the gap between your skill-set and the difficulty, you’ll find a lot of repetition unfortunately. There are only 19 enemy types in Mana Spark and although each playthrough is procedurally generated, I imagine by the end of your adventure you’ll find that you’ve played through the same locations multiple times. The items are also shallow and don’t compare in originality from other rogue-likes. Each character essentially pools from the same group of items, barring the ones unique to each character’s abilities. Also, with only three areas to play in and three major bosses, this makes each run seem unfortunately all too predictable.

There is a challenge mode you can unlock after beating Mana Spark which strips you of any add-ons your character has besides their base abilities and locks you out of any progression. Sadly, this is the only post-game content and it is not enough to make you want to keep coming back for. The replay value, outside of continuing to challenge yourself, is poor and is a shame considering the base gameplay mechanics and premise are all rock solid.

Overall, Mana Spark is an enjoyable rogue-like dungeon-crawler that scratches the itch for unlocking new items and equipment with a solid combat system. Enemies react appropriately and it has an addictive quality that made me want to continue until the end. Unfortunately, content wise there is just not enough to help with replayability and I felt so much more could have been added for a more fleshed out experience. Even with the linear progression of events, Mana Spark is recommended for those that like retro-infused Souls-like titles.