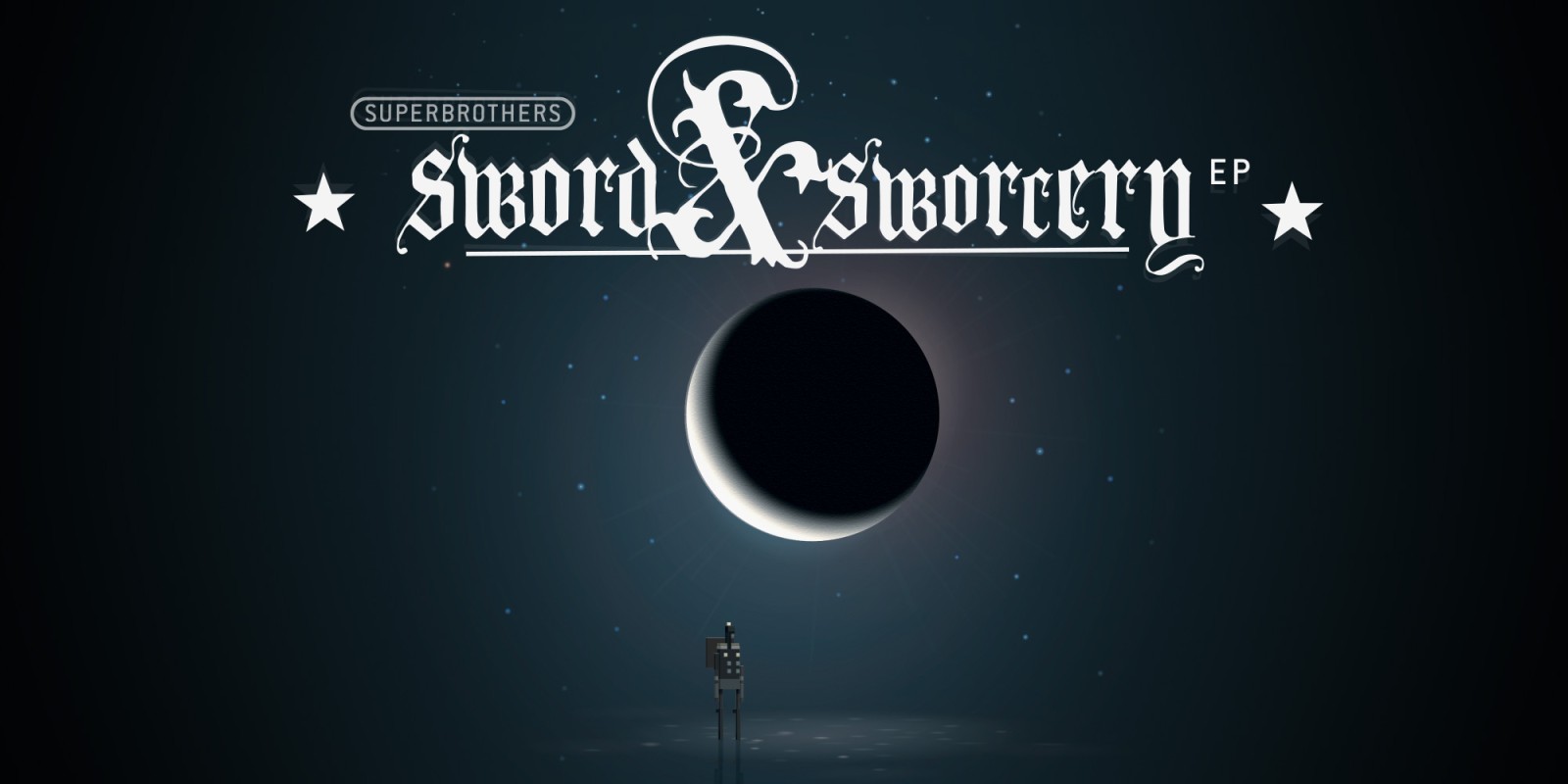 December 11, 2018 5:24 am Published by minusthebrant Leave your thoughts

When you look at video games in a wide spectrum, we can sometimes forget that they are a type of medium. Like any other type of entertainment we partake in, a lot of what makes up a game is style and presentation. They are somewhat unique in that they are interactive, which is where gameplay comes in. The long, drawn out debate of ‘can video games be quantified as art’ has gone on for far too long, and thankfully developer Capybara Games have created the incredibly artistic video game Superborthers: Sword and Sworcery EP for the Nintendo Switch to put this argument away once and for all.

Originally released for iPad in March 2011 and iPhone the following month, Superbrothers made it to the big time on PC where it won numerous accolades and awards as a mobile and PC title.

Capybara Games, along with the help of design group Superbrothers and singer-songwriter Jim Guthrie, have finally brought their psychosocial, audio/visual experiment to the Switch. Superbrothers is an adventure title that can be controlled using point-and-click controls or by using the touch-screen in handheld mode.

The story centers around a young adventurer on her quest to find the mysterious Megatome and discover the magic of sworcery (yes, it’s supposed to be spelled incorrectly). Along the way you’ll meet locals, fight some menacing enemies, and have to find sprites using your newfound powers. There were many puzzles to solve, which were all well designed, but there were also some battles which gave a nice change of pace to Superbrothers.

On Switch, Superbrothers is played like a touch-control game, but using either the analog sticks or even the Joy-Con controllers as pointers if playing in the TV. Basically, you tap wherever you want your character to go and double-tap to interact with NPC’s or objects in the environment. The controls took some getting use to and I never truly felt all the way comfortable using them. My favorite way was in handheld, as this was a title originally made for mobile devices in mind and it controls best this way.

My time spent with Superbrothers was very relaxing, and this is meant as a slow-paced experience that’s all about exploration and discovery, but occasionally there are combat sequences, including several ‘boss’ fights. Gameplay is quite simple with you only having to pick between a sword or shield icon to perform those actions. By blocking continuously you can recover your lives which is a nice incentive to learn to effectively block. Death is inconsequential as you can immediately retry a sequence again even if your health is depleted.

On the positive side, Superbrothers: Sword and Sworcery EP gets major points for having a wholly unique style. The art direction reminded me of something from the 8-bit era and harkens back to really early PC games. I was enamored with the attention to detail with the sprite work and reminded me of Octopath Traveler in its simplistic beauty. Each playthrough was divided into sessions, giving you a nice break from time to time. The breaks were always short-lived though, as I wanted to just continue on with the immersive experience.

There were also plenty of optional activities in the game, with many objects in the environment that provoke observations when you tap on them. You acquire the Megatome early on and this item allows you to get advice through character thoughts in the game. Jim Guthrie, who is responsible for some of the amazing music in Sword & Sworcery, is also incorporated into the game where you can listen to some great jams from the Canadian songwriter.

If you thought the art style was spectacular though, wait until you hear the music. Jim Guthrie worked wonders with the soundtrack and sound design, and it truly was a shining point of Superbrothers. The dialogue was somewhat quirky as well not really meshing with the beauty of the title, but I didn’t mind too much. It was often humorous and seemed out of place, but that’s what made it memorable.

I also loved how the developers incorporated The Legend of Zelda into Superbrothers as many of the thematic cues are taken straight from Nintendo’s iconic action-adventure. The Scythian is soon sent after a magical, golden, three part triangle-shaped artefact called The Trigon.  The Trigon battles involve using your sword to deflect enemy projectiles back at them.  The health system uses heart containers, except here they’re stars instead. If this happened in a big budget or mainstream game, there would be severe backlash, but here it works perfectly.

Overall, Superbrothers: Sword and Sworcery EP excels in its ambiance with the graphical tone and music. It’s the type of title that will provoke a wide range of reactions and I would recommend at least everyone give it a chance. While the pretentious dialogue could be seen as a negative, along with the gameplay being repetitive and dull at times, if you are searching for something thematically deeper than Superbrothers will fulfill that experience.