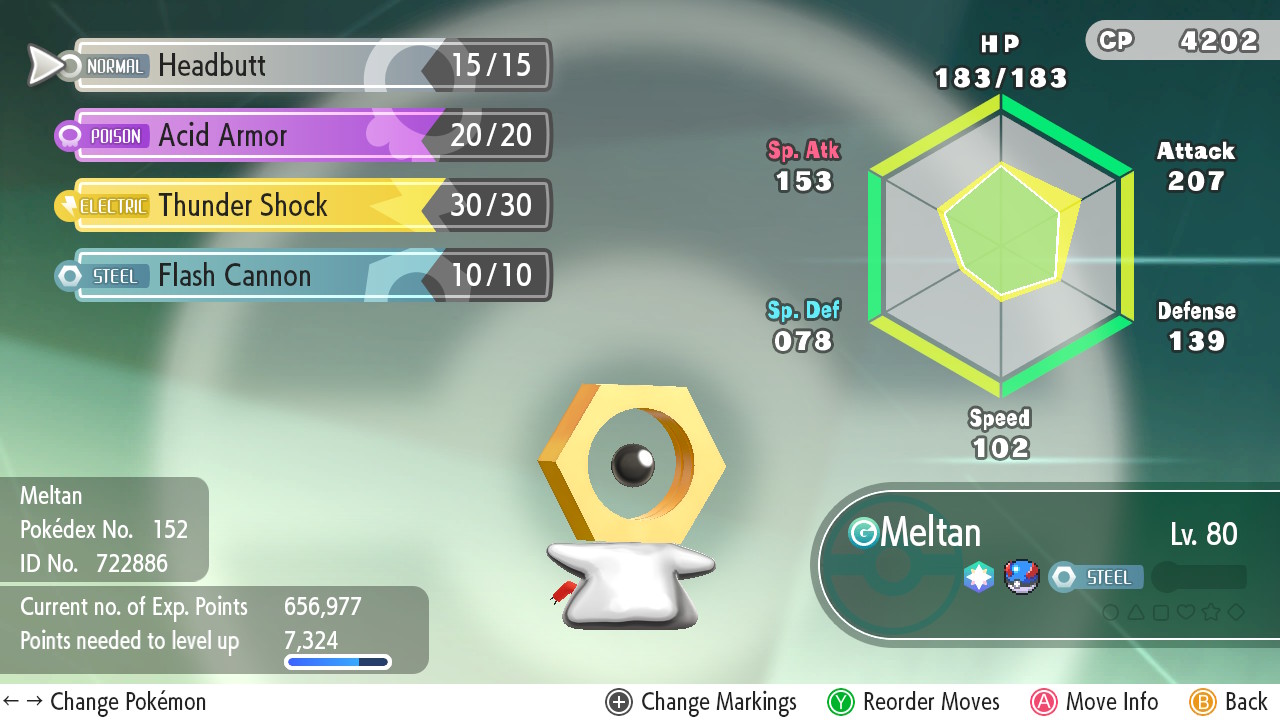 On top of completing your Pokédex, you can also take up Shiny Hunting or take on the Master Trainers. Only, because not every Master Trainer requires you to fight them, you might be a little hard pressed when it comes to earning the likes of the Meltan Master title.

The reason for this, is because the likes of the Meltan Master wishes to lay eyes upon a powerful Meltan but just what counts as powerful? Is it Meltan’s level? Meltan’s CP or something else? Well, that’s precisely what we’re going to cover in this guide!

First things first, in order to even attempt to earn the Meltan Master title, you will need a Meltan and you’ll also need to have beaten the Elite Four to unlock the Master Trainers. You will also want to have learned the Secret Technique “Sky Dash,” as that will enable you to fast travel to Cinnabar Island.

Still, before you go dashing off anywhere, you will need to take the time to strengthen your Meltan. The actual level does not matter as it is the CP that counts, so even if you don’t level up your Meltan per se, as long as you feed the Pokémon a lot of Candy, then that will do just fine.

The amount of CP you’ll require is anything over 4000, so once you’ve hit that number, or gone beyond it, it is time to fly off to Cinnabar Island and enter the Pokémon Mansion. Starting from the first floor (1F,) you will need to go up two floors and then descend three floors to reach the basement. (B1F)

Once in the basement, follow the corridor and head all the way to the left, you should soon see the Meltan Master on his own, in a corner. Be sure to talk to him with Meltan in the top left slot in your party. The Meltan Master will then say a few words before the title of Meltan Master will be bequeathed to you. A video of the transaction can be seen here:

As always, we hope you found this guide helpful, but should you require more help, you can always click here to check out our other Pokémon: Let’s Go guides.