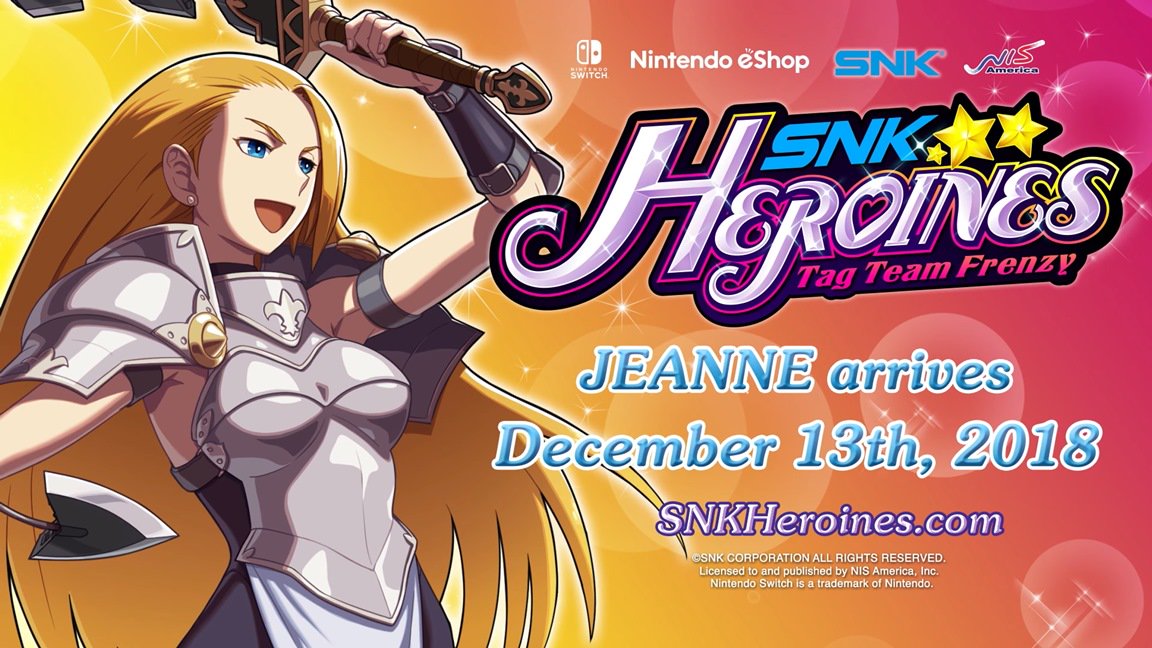 For fans of the World Heroes series by ADK, get ready to embrace a blast from the past as Janne D’Arc will be joining the SNK HEROINES ~Tag Team Frenzy~ roster of Heroines next month.

Like with Thief Arthur, Skullo Mania and MissX, Janne D’Arc will be available as a paid DLC fighter by the name of Jeanne and will be available from December 13 onward. A trailer showcasing Jeanne in action, can be seen here: