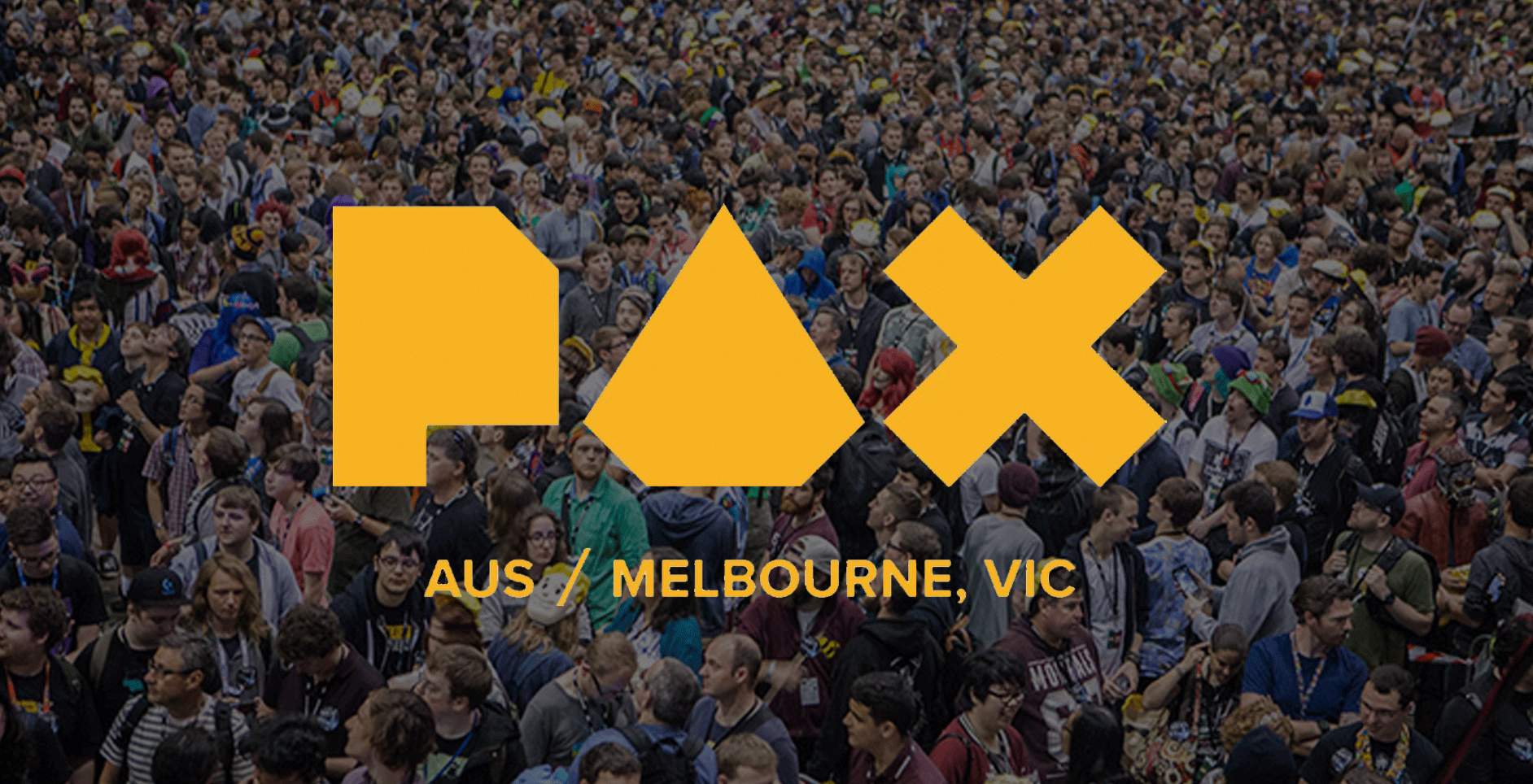 PAX has been making its way down under for 6 shows now, and with each one the gaming convention seems to expand. This year marked the merging of both PAX, as well as EB Expo, into one giant event.

The interesting thing about the Australian version of PAX though is the fact that most of the games shown in the indie area, called PAX Rising this year, are Australian made. Yes, there are some overseas indie games too, but most devs can’t seem to take time out of their schedules for such a long trip, and who could blame them?

The interesting thing about Australian games development though, is that the level of games being made has stepped up dramatically over the years. Not only that, those around the world are finally noticing the great games coming out of this country. With the success of Golf Story, followed by the intriguing appearance of Untitled Goose Game in a Nintendo Direct earlier this year, games made in Australia are finally getting recognised.

For those who don’t know what the Omegathon is, it is a gaming competition, where 20 random people who enter are selected to compete in a knockout tournament. This tournament is made up of 5 games you know ahead of time, as well as a final that you don’t find out about until the final begins.

A fun thing about the Omegathon is that it allows you to enter the expo hall during the press hour, so you have the whole floor available to you without the crowds of people. This was an amazing experience, and I went straight to the Nintendo booth.

The first game I played was Super Smash Bros. Ultimate, and I must say, that game plays as good as it looks. For those who play the Smash Bros. series casually, it will seem like just a faster version of the Wii U game with an expanded roster, but for those who are more serious about the game, there is a lot of small changes that will alter the way you play. For instance, I utilise the roll quite a lot, so the fact that the more you roll, the less invincibility frames you get really killed my dodge game. It was interesting to see all the small changes in action.

After Smash Bros. I made my way over to Diablo III. As the game was only a week away, I didn’t really care to see too much of the game, I mainly just wanted to assess how well it ran on the Switch. I can confirm that it was buttery smooth, even with the chaos of the level 70 characters they were giving you to control.

New Super Mario Bros. U Deluxe was next, and if you played the game you the Wii U, you will know exactly what to expect. It looked beautiful, played well, and is just more of the same, which is definitely a positive for fans of the game.

I delved into a few rounds of Jump Force after that, and boy, that game is rough. The combat felt loose, buttons confusing, and the controls were just plain bad. It looked visually impressive in motion, until you actually start playing it. Playing the game feels messy, and is visually confusing. This is definitely another J Stars Victory VS type game. For anime fans that are looking forward to this release, I’d say it is best to temper your expectations.

And finally I played some Metro Exodus, which feels like an excellent Metro game. The demo placed you in what is best described as an open environment, with seemingly non-linear pathways to explore. The game smartly drew you towards certain areas though, and gave you choices based on your actions. For example, as I walked towards a run down school, some people dropped out of the trees. I heard the words “we mean you no harm”, but it was too late. An arrow was already on a path towards the head of one of the men. This mistake unearthed a slew of 20 or so men to start hunting me down with bows an handguns. Needless to say, I didn’t last for very long.

It was at this time that the media hour was over, and the crowds came rushing in. From this moment on, the rest of the day was a blur, with the only standouts being my two Omegathon appearances that day.

Round 1 of Omegathon was an unreleased PC game called Boomerang Fu. The game is a 4 player competitive multiplayer game, where the aim is to chop your opponents in half with deadly boomerangs. It may sound gruesome, but there is a lot of charm to the game as well, as all the characters are adorable food stuffs. I chose the milk carton, then carved my way to an early lead. It is from there that I took my foot on the gas, comfortable that I would make it to the next round, which I did.

Round 2 saw us play One More Line by SMG Studios. This round was a lot closer, and I saw myself nearly knocked out. We were using the Microsoft adaptive controllers, which was an unusual experience. I began standing up for 3 attempts, which were all miserable. My 4th attempt though, I sat down, putting the controller on the table, and that seemed to lessen the delay of the button presses, and I instantly doubled my score, saving myself and progressing to yet another round.

The Omegathon continued on day 2, where we played Rat-a-tat Cat, a card game that was quite a bit of fun, but some bad luck could sink you in a hurry. That is exactly what happened to me, with my first game of 3 netting me too many points to be able to win. It felt horrible getting knocked out due to luck, but overall I had an absolute blast competing in the Omegathon. I would certainly do it again in a heartbeat!

As for the rest of day 2, I spent most of the day networking, catching up with friends, and planning out a game plan for how to tackle the final day. That game plan was to hit up as many indie games as possible, and boy was that a lot of fun!

First up I lined up to play Untitled Goose Game, which already had a line wait of over an hour. If you thought that game was just you cruising around as an annoying goose, then you are absolutely right, and it is an blast! You are given a mission list, and a bunch of tools to be the biggest jerk of a goose that you can be. There is even a dedicated honk button, which is delightful.

Storm Boy was next, and is quite an unusual game. You walk from left to right, while text from the book from which it is based pops up on screen. You can read the passage, then take part in the action the passage describes. For instance, a passage mentions throwing a ball, and your pelican pal retrieves it. You can then play fetch with the pelican for as long as you want, which was adorable.

Necrobarista has an interesting premise. The game is a visual novel about a cafe where the dead go for one last cup of coffee. The art style is intriguing, having 3D models rather than a traditional anime style, but those models certainly have anime sensibilities in their design. It is striking from a visual standpoint, but equally so from the music. The premise is interesting too. As the game is based in Melbourne, some Australian slang has crept in to the game, which I quite enjoyed. Be prepared to see a lot of people get called “mate” in an angry tone. This one will be coming to Switch sometime too, so get excited.

Another game that caught my eye was Knuckle Sandwich, an RPG with a similar visual style to that of Earthbound. This is much more than a simple Earthbound clone though, as you will see from the insane photos and videos they have on their website. Trust me, this game needs to be seen to be believed. There are no plans at this stage to bring this one to Switch, but it is definitely a game worth keeping an eye on.

And finally, my game of the show. Quantum Suicide is a visual novel about a multi-generational spaceship on a mission planned to outlive its original crew. Unfortunately, an accident causes the ships A.I to malfunction, forcing the crew to partake in a deadly deletion game each week, where the loser is killed. There was a demo playable, which took around 10 minutes, and was extremely effective in building shock, horror and intrigue. I’m still thinking about this game nearly a week later!

The art in this game is beautiful, with memorable looking characters, perfect mood setting music, as well as fantastic voice acting. There will be some 30+ endings, and the project is currently down to just a single developer. The love an passion for the project really shines through, and I implore everyone check this game out. Be sure to hear more about this game from me in the future. They are working on bringing this one to Switch in the future too, so that is even more reason to look out for this one.

And that was essentially what my PAX AUS experience consisted of. For those thinking of going to either this event in the future, or other events in their local areas, I highly recommend doing so.

Oh, and these awesome consoles and NES controllers were on display too.