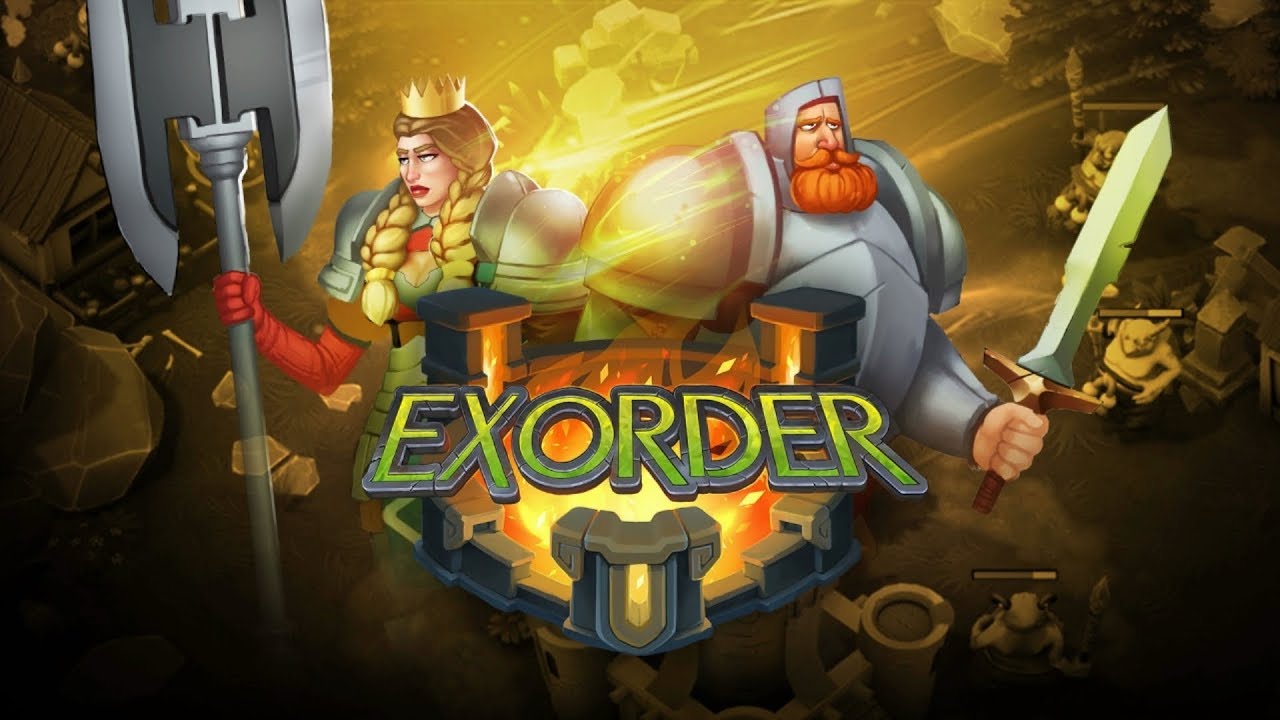 “When two tribes go to war!”

Once upon a time, there was a land ruled by a King, but when that King breathed his last breath and left this mortal coil, in keeping with tradition, a fight broke out between his two offspring. In one corner we have Prince Tristan, the crowd favourite, whereas in the other corner, we have Princess Beyla.

Princess Beyla did not expect to have to face her brother so soon, but she has been preparing for such a thing for a long time and prepared for it by training diligently with the Cerulean soldiers and now that the stage is set, she will do what needs to be done.

It is this premise that drives the fantasy setting story of Exorder, a turn-based strategy game that launched on Steam last year before making its way to Switch earlier this month and unfortunately, although it starts off good and there’s a decent ending to the whole thing, it’s the stuff in-between the beginning and end where Exorder falls short. But, we’ll get specifically into that later.

What we will dive into right now, is in the content. For all intents and purposes, Exorder is not a meaty turn-based strategy content. That’s not to say there is no meat in the bones as but let’s just say it’s somewhere between being a small pork rib and a small chicken drumstick.

There is nothing wrong with pork ribs as I prefer them to chicken legs, as they can certainly pack a lot of flavour when barbecued to perfection and slavered in spicy hot sauce, but having played Exorder, it feels like someone forgot the hot sauce.

There is a campaign mode made up of 12 levels, which tells of the unepic feud between warring symbols and although there is a prologue and epilogue to each level, to add story context, it is accompanied by voiced dialogue, which in Freya’s case, comes across as being dry, unmoving and without emotion, even when things aren’t going her way.

How long it takes players to complete each of the 12 levels is down to each individual player, but if you have the skills and the know-how, you will most likely breeze through the whole thing within 4-6 hours. When all is said and done with the campaign, there is a challenge mode, but it only consists of 8 challenges.

Sure those 8 levels challenge you, due to featuring punishing AI that will attempt you make you suffer in the main campaign as well, but once beaten, they’re not something you’ll come rushing back to and nor is the game’s skirmish mode. (A mode for players to do battle against a CPU or themselves, unless they have someone to play with, in the same room.)

Although these battles can be fun, the online battles against other players is where the real action is at, but a Nintendo Switch Online subscription is required. Also, although cross-platform play is supported, during my time with Exorder for this review, while there were some matches, there were also spats where I couldn’t find a single opponent.

There are also 45 in-game achievements but they come across feeling like an afterthought that was thrown in, solely to give players something else to try and do to keep them playing, for when interests starts to wane, but what of the gameplay?

Well, it’s nothing special if I am honest and that is sort of the point. Exorder features simple gameplay by design, so as to ease players into it and not complicate things. Now, while that can be great in sometimes in some games, in Exorder, it makes the game feel lacklustre and at times, shallow, especially when battles drag on.

If you can keep each match within twenty minutes, it’s almost like a strategic game of chess. You move your characters into position (each unit having a specific distance they are allowed to move in each turn,) attack an enemy unit when within striking distance, or take possession of a house.

By owning houses, some units actually warp between them and houses can earn you gold coins, which in turn can be used to purchase new units from your castle. There is no shortage of how many you can have, so don’t be afraid to use them as sacrificial bait. As long as Freya survives and you meet the set objectives on each level, you’ll do just fine. So, if you must use her, take her to an area that would allow her to recover HP, such as a house.

Once all is said and done and you can’t do anything else, simply press “-“ to end your turn and let the enemy have their turn. Sadly, if you mess up with moving a unit, you can’t undo the movement, unless you saved beforehand and then load up.

For me, the whole saving and reloading aspect, which can be done in every offline game is great, since you can dive right off the deep end, watch your entire army get slaughtered and then wind the clock back to a time when your force was in the lead and try again from there instead of straight up resetting the level and starting from the beginning.

Admittedly, although I am not completely overwhelmed by the gameplay and the chosen aesthetic, Exorder is the work of a three-man development team and although it’s not completely to my liking, what they have been able to do with it, is deserving of praise, especially since there were no performance issues.

Furthermore, whilst playing and I did keep putting off writing this review, to get in another round before finalising my every thought and opinion of it. So good job Solid9 Studio, Exorder is definitely a turn-based strategy game that is not for everyone, but it is not one you can outright dismiss either and that’s something!

Granted Exorder did not turn out to be the turn-based strategy game I had hoped it would be, it still has its moments and for some Switch owners, it is a game worth owning, but for me, I just wished it was a tad more engaging. Had I been a fish in a lake, the voice acting that drives the story would surely be the bait that gets me interested, but upon closer inspection, this little fishy decided to turn his head and refuse to be caught this day.

I’m not saying Exorder is an outright bad game, as it is enjoyable and is something turn-based aficionados can get behind, but by expecting too much from it, can and will most likely result in some hours of bliss before an eventual wave of disappointment comes crashing down on the shores of your enjoyment.