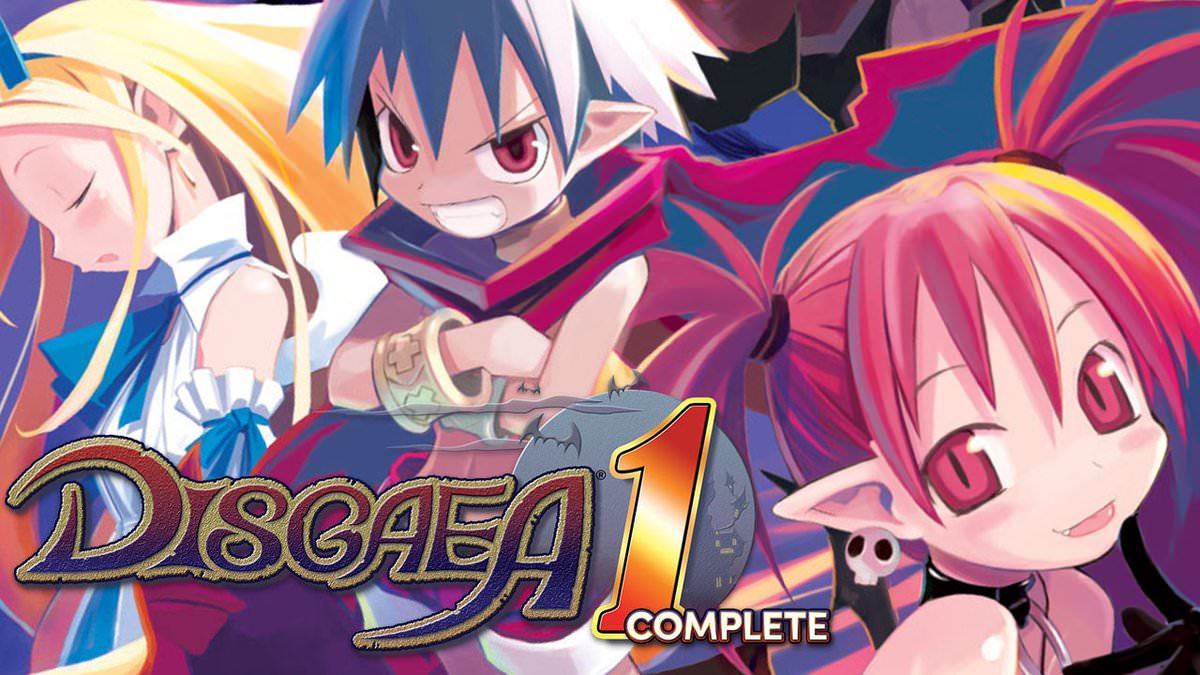 This may be sacrilegious to some, but I have never really gotten into the Disgaea series. The rumors of it being a very difficult hardcore tactical RPG definitely scared me off, but also hearing about an average length time lasting well past 100 hours did not seem appealing. Lucky for me, there was always something compelling about the franchise and this was a perfect time to see what was so special about this series with the remastered version of Disgaea: Hour of Darkness from 2003 being released as Disgaea 1 Complete now on the Nintendo Switch.

Disgaea 1 Complete’s narrative is about as unconventional and strange as any strategy RPG before it. The game’s protagonist, Laharl, a self-absorbed demon who also happens to be prince to the throne of the netherworld, is as unlikely a “hero” as one could expect. The game begins are Laharl is awakened from a two-year long slumber only to discover that his father, the netherworld king, is dead. The netherworld, desperately needing a new overlord, is up for grabs to anyone who is willing to claim it as their own. Laharl quickly vows to replace his father as the greatest demonic overlord, by force if necessary, and thus begins the 13-chapter tale of Disgaea 1 Complete.

I was impressed with how the story used 2D cartoon illustrations and professionally voiced dialogue. The tone of the game is decidedly light-hearted and oftentimes just plain weird, but the various characters that you’ll meet up with and the assorted situations you’ll find yourself in are conducive to bouts of laughter and plights of aggression, each in equal measures.

Disgaea 1 Complete can essentially be boiled down to two main segments: planning and combat. Each of the game’s chapters, which are formatted similarly to traditional anime TV episodes, contains a series of battles that must be waged and won before progressing. Between chapter battles, you are able to freely roam Laharl’s castle, which is surprisingly decked out in shops and plenty of other activities to perform.

You’ll be able to buy and sell items, weapons, and armor at the in-house battle shop, visit the “Item World” where you can literally go inside of your items and battle your way through the levels that exist within them, get healed at the ever-helpful hospital, or petition an evil congressional group of powerful demonic politicians in order to open up better items, create new characters, and enhance your current characters abilities, among other activities.

You can always replay any previously beaten battle, so improving your character’s stats can be a perpetual process if that’s how you want to play the title. You can have up to 10 characters on the battlefield at any time and there is no limit at all on the amount of characters you can have in your overall roster. Believe me when I say you could potentially spend hundreds of hours playing this game just to create an insanely powerful party.

Gameplay is where I can see some player getting confused as there are many different systems in play and will require some memorization in order to utilize the game’s face-button-centric control system. Once you do acclimate yourself with the controls, however, you’ll be happy to see that a wide range of characters and respective abilities are literally at your fingertips.

Party members can attack with ranged weapons such as crossbows or firearms or melee style weapons including swords, staffs and fists, they can cast a huge assortment of spells while gaining more as you level up, perform combination attacks, when two or more party members are adjacent to each other when an attack is executed, and pick up and throw teammates and enemies. The sheer diversity of tactical gameplay presented in Disgaea 1 Complete can be quite daunting at times to say the least.

Elemental properties play a huge part in Disgaea 1 Complete and the squares you are standing on directly affect that character’s statistics. Different colored squares represent different bonuses or penalties. For example, standing on one square might decrease your defense by 50%, while standing on a differently colored square might make you invincible. The elemental properties are dictated by small like-colored pyramids that can be found at various points on the battlefield. By destroying these pyramids, you essentially nullify the effect it has on the rest of the battlefield. But you can also pick these pyramids up and drop them on a different color square and adversely or beneficially influence the rest of the map. You can also create huge chain reactions by destroying the elemental pyramids, which is great for quickly amassing tons of experience and money.

With all these management systems in play, it’s easy to see why Disgaea 1 Complete is unforgiving, even though it never really takes itself seriously. “Game Over” are frequent and if you lose any battle, whether a legitimate chapter battle or a just-for-fun Item World or exam battle, and it will give you the dreaded “Game Over” screen. While you’ll undoubtedly become frustrated more than a few times during the course of the title, its strict requirements never feel unjust or unwarranted, just brutally demanding.

Visually, Disgaea 1 Complete looks great and is an extension of the recently released Disgaea 5 Complete for Switch. Its stylized 2D character sprites are crisp and clean and when casting spells, the graphical effects are a marvel to look at. The battlefields seem lifted directly out of past-generation strategy RPG games in terms of simplicity, and while you are able to rotate the perspective in 90 degree increments, it’s still all too easy for your character and the enemies surrounding it to be obscured by some random scenery or poorly thought out elevations. The static image cut-scenes are well drawn and beautifully detailed, but each illustrated character is limited to only three or four different poses.

I found the soundtrack of Disgaea 1 Complete to be nothing short of excellent. Many of the sound effects and music were inspired by a variety of different genres to punctuate your gameplay. The music never felt out of place and always followed the on-screen action. There is no use of an orchestra for a dramatic sound, as Disgaea 1 Complete instead, has a soundtrack equally as quirky as the title. As mentioned previously, the voice acting is of an extremely high quality throughout. Like the rest of the game, it mocks itself, being deliberately sarcastic and humorous throughout.

Overall, Disgaea 1 Complete is an original and refreshing take on the strategy RPG sub-genre. There is near limitless replay value and I could easily see some players easily sinking hundreds of hours questing and performing a variety of activities throughout the adventure. If you are a die-hard tactile RPG fan and loved Disgaea 5 Complete, you will love coming back to what started it all. Disgaea 1 Complete doesn’t try to cater to all RPG players or try to pull new ones in, and it’s all the better for that.