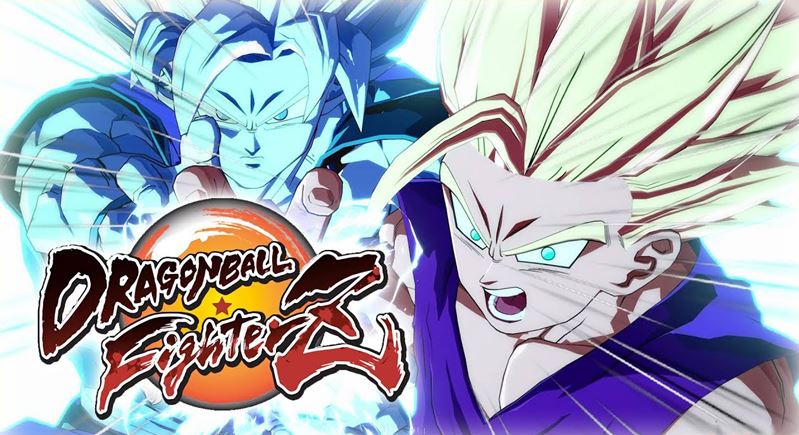 After what felt like an eternity since the Switch port was announced at this year’s E3, DRAGON BALL FighterZ was released last Friday worldwide, enabling players to fight against Frieza, Cooler, Cell, and many more on the go. But how does it stack up compared to its versions on the PlayStation 4, Xbox One and PC?

Dragonball is a series I grew up with ever since it appeared on Cartoon Network’s Toonami segment, and ever since I’ve enjoyed watching it, even its latest series, Dragonball Super. I also played the games from the Super Nintendo games, and out of all of them, even the Budokai series on the PlayStation 2, Dragonball: Hyper Dimension was, for me, the best game of all time from the series, until now.

Back in 2017, DRAGON BALL FighterZ took everyone by surprise at E3 and had them thinking that it was going to be another run-of-the-mill fighter, with the standard average graphics, and the standard gameplay of a camera being over the shoulder of the character you were playing, and a story you barely cared for.

But when people started playing it, suddenly a buzz was growing, mainly due to two factors: 1. The gameplay was fast and addictive, making it incredibly fun. 2. The graphics were exactly alike to the anime, so far as to successfully emulate special moves to points from certain arcs, making the game a sight to see.

Fast-forward to September 2018, and the roster has increased from 10 to 22, and the game can be seen in many esports tournaments. I bought it on PS4 and loved it, I couldn’t stop playing it, but I wanted it on Switch. I was worried about playing it on a Joy-Con, as the buttons aren’t exactly made for fighting games.

Now, for those who aren’t familiar with the series: Dragonball started as a Japanese Manga in 1984, which then spawned into a TV Series, and its sequel series, Dragonball Z, gave the franchise a world-wide appeal, giving Goku, the main character, and the rest of the cast their iconic way.

Games of Dragonball have been mostly 3D based, but here, FighterZ has remnants of Guilty Gear, Street Fighter, and one of my other favourite all-time games, X-Men vs. Street Fighter rolled into one. You choose 3 characters for a match, although you can change this to be 1 V 1, or 2 V 2 for ‘Local Battle’ mode. You also have a power-bar. One special attack takes up one bar, while a more powerful move can take up three.

These special-moves accurately portray moments from the anime, so Gohan’s move perfectly matches his final move against Cell, or Frieza when he transforms into ‘Golden Frieza’. You can switch characters at any point, unless they’ve been stunned, but if one gets KO’d, you are left with however many are left, so the matches are always a ‘last man standing’ kind, which I prefer compared to Tekken Tag’s ‘match is over when one person is knocked out’.

In terms of content, the modes are plentiful: Story Mode, Arcade Battle, Local Battle, Online Practice and Shop. The Story Mode is a nice touch, as it involves a new ‘Android’, hell-bent on absorbing every character, and it’s up to you to take charge of Goku and the rest, building up their skills, and levelling them up. It almost reminded me of Soul Edge’s mode where you could manage characters in an almost RPG kind of way.

What I liked about this was that all the voice actors from the English and Japanese dubs are here, so you can switch between them, and it feels as though you’re in an interactive episode of Dragonball, which only immerses you further into it. It can drag at times, as there’ll be moments where you can only fight as a certain character, or you’ve mastered someone’s moves and techniques up to a point, where leveling-up almost seems pointless, and you just want to move to the next chapter.

Online mode is a treat, but I’ve experienced similar issues to when the Open Beta was playable on PS4 and Switch, alongside when I played the final version on both consoles too. It took 5 minutes to find a match for me, even when I selected no filters, and sometimes it took me out of the mode, back to the title screen. I can understand a lot of people are buying the game, but surely after almost a year of it being out, the servers are in a position to handle the load now? Seemingly not.

So now that you know of my feelings about the game and what it entails, what about this Switch port? For one thing, I’m baffled that there’s no HD Rumble for the game. I thought it was a setting that was switched off by default, but nothing is there. So when there’s so much going on, and the explosions and special moves are taking over the stage, there’s no feedback on the Joy-Con to mirror this.

It seems like such an obvious feature for the game to have, so I’m disappointed there’s none of it used here. But the game is still being supported, with Halloween stickers being offered only last week, so perhaps it could appear in a future update. To compare, I played both the PS4 version and the Switch version in handheld, then docked with my 8BitDo controller. The frame-rate was exactly the same for me. It felt mirrored, and an incredible achievement that nothing was sacrificed to have it on the Switch.

The only difference was when the special moves occurred and the poses, before and after the match was played. You could spot some low textures on the Switch, but for something that was there for 3 seconds, it made no difference. What mattered to me were the matches, and that played just the same for me. The big question for me, was how it played in handheld with the Joy-Con.

I was surprised just how good it was, and you can easily play a few online matches in this way. The only thing holding you back will be the battery, as this was the first time, out of all the games I’ve played, where the fan was noticeable, and the battery dropped to 60% after an hour. So if you’re on a long trip, use it wisely!

If it wasn’t for the spotty online-matches and lack of HD Rumble, I would have given DRAGON BALL FighterZ my first 10/10. But because of these, it drops a point. But these are fixable, and so there’s nothing stopping Bandai from fixing these points soon, now that all of the characters are now out to be bought.

Still, FighterZ is my game of the year. The controls are spot-on, the graphics perfectly encapsulate the animation of the series, and the voice acting is spot on, alongside the amount of depth every character gives, making you want to practice them all and improve against the online matches when they work. Lastly, FighterZ is best played in docked-mode, it really is, and if you have a Pro controller or something like an 8Bit-Do controller, you’re going to lose a weekend to the game easily.