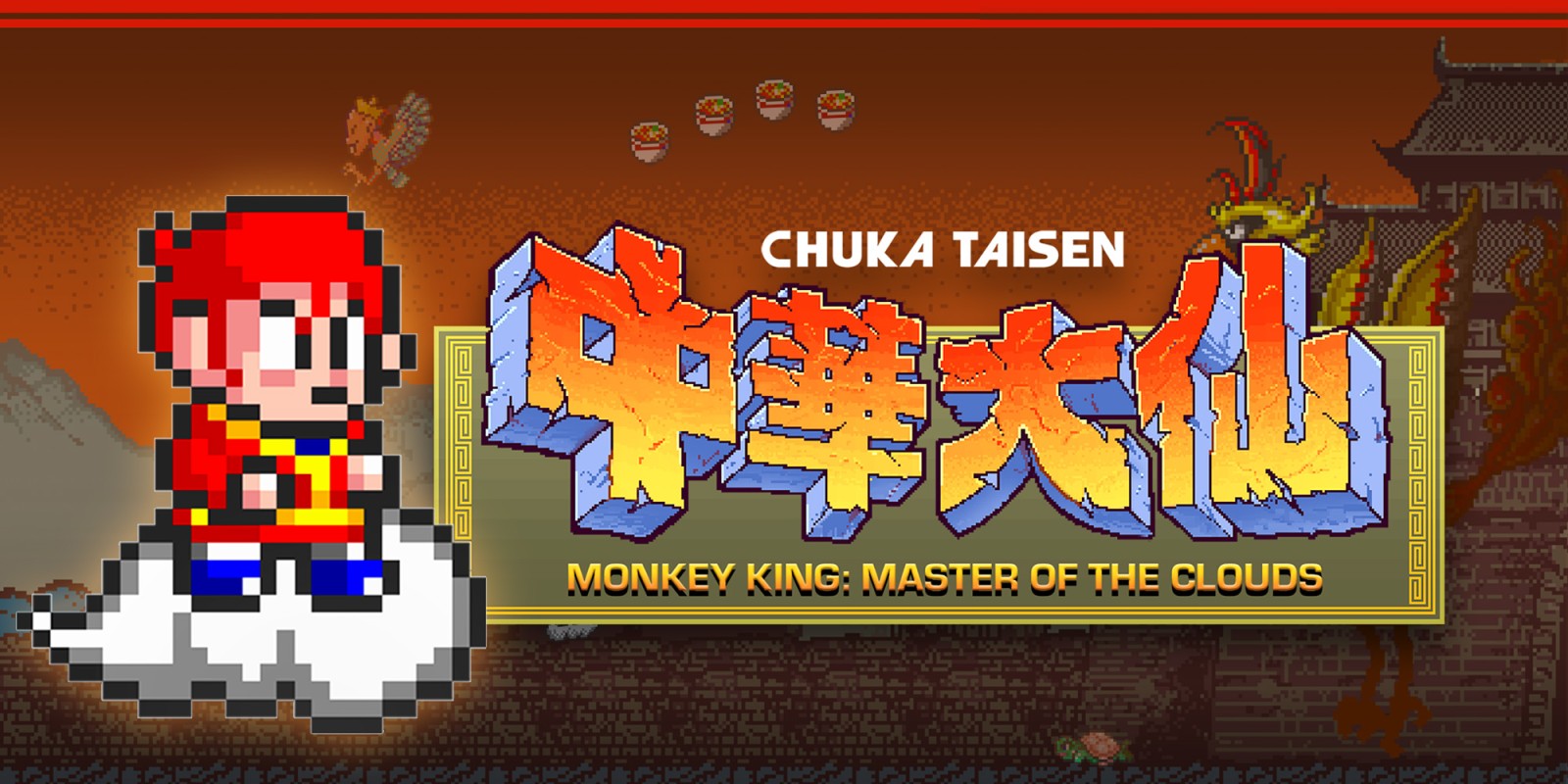 Up in the clouds, but not for long.

Once upon a time, there was a horizontal scrolling shooter game by the name of Chuka Taisen. It was a 1988 arcade title that was developed by Hot-B and published by title Taito that would find itself being renamed as Cloud Master and released on the Sega Master System.

Only that would not be the only name change Chuka Taisen would undergo, and nor would it be the end of its legacy. Hot-B employees would then depart the company and form a new one by the name of Starfish SD, buy the rights to Chuka Taisen from Taito and develop a remake.

The newly reborn Chuka Taisen was given the name of The Monkey King: The Journey Begins and was released on the Nintendo Wii and was something of a different kettle of fish, but the original game is still kicking, for it lives on under the name of Monkey King: Master of the Clouds and its out on Switch right now!

It’s not the absolute original version though as Monkey King: Master of the Clouds, is an upgraded release of the original game that just so happens to have a more HD appearance thanks to Starfish SD. It also now features an online leaderboards, so when players do survive long enough to establish a fantastic score, the whole world (or more accurately, those who have the game) will be able to see it for themselves and showers “awes” upon your incredible prowess.

As for everything else though, it’s still the Chuka Taisen a few of us loved, adored and resented, which means, the 5 stages that used to torment us before, are back and ready to shame players once again. Sure, you can tweak your lives to have 9, but when an enemies projectile hits you, you will be forced to start over from the very beginning of your current level, unless you were able to reach a checkpoint and see your high score reset to 0.

Enemies come in all shapes and sizes, such as turtles lying upon the water, there are both mini-bosses and big bosses and there are power-ups. Should you have the chance to get one to improve your firepower, or just improve the speed in which you fire, by all means, you should go for it, as every little counts. Heck, you might want to consider getting the special bombs when they’re available, as they really help to make a bomb.

Being the old-school arcade title this is, you would be right to assume that Monkey King: Master of the Clouds is a hard game to play, which doesn’t have an easy mode available, but when the controls solely consist of B to fire, A to use your special weapon and the left analog stick to move, at least they are one less thing to worry about.

In the event you can’t do things along however and your little Mike Chen, who flies upon a broken cloud keeps dying, should you have a friend present, the two of you can engage in local co-op and even though one of you dying will result in the loss of a life, it will not affect where you are on the level, not as long as you can survive 10 seconds on your own and have your companion respawn by your side.

If you can’t survive, as you die as well, you’ll lose another life and respawn at the last checkpoint. Some might argue that having a player 2 just gives your enemies another large target to hit, but we argue it’s twice the firepower and twice the fun!

While not every old-school arcade game has had a welcomed release on Switch, due to their older ways not appealing to the younger and more modern gamers, Monkey King: Master of the Clouds does appear it could go against the grade and be a welcomed addition (it is in my book anyway.) Yes, it will be gruellingly difficult for some, and it is outdated, even with the fresh lick of graphics, but sometimes you need a good little arcade title to play and compel you to thrash it and Monkey King: Master of the Clouds does have the potential to be such a game.