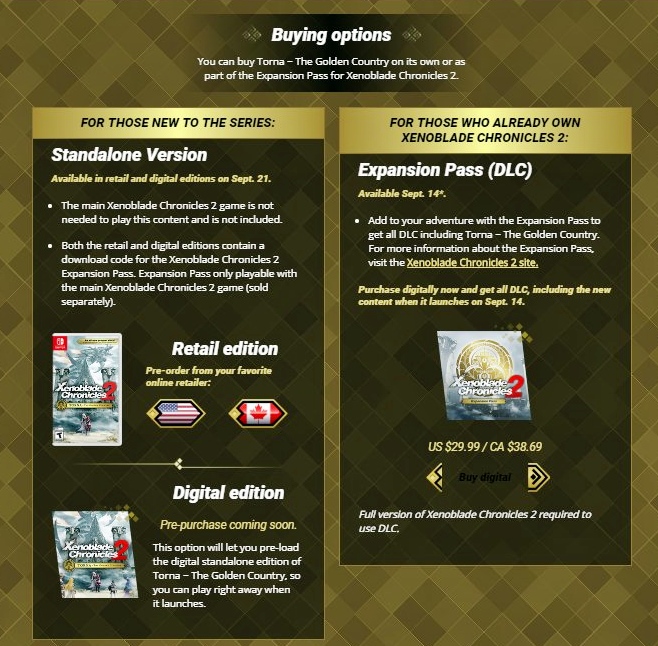 Xenoblade Chronicles 2: Torna – The Golden Country will have a Standalone Digital Release on Switch as well as Physical

Here’s a piece of Xenoblade Chronicles 2: Torna – The Golden Country, news you might not have been expecting, on top of Torna having a standalone physical release and  available as part of the Expansion Pass, for those who have the DLC and Xenoblade Chronicles 2, the game will have a third form of release.

According to the official site, Torna will also have a digital release on the eShop and those who purchase it, will still get a download code for the Expansion Pass, which can be used with Xenoblade Chronicles 2.

Furthermore, it is stated the digital release will allow consumers to pre-load the game, so although a listing for it has yet to appear in the eShop, it stands to reason a listing will appear soon and that a download size for Torna, will finally be revealed. The news in which this news comes from, can be seen pictured below:

Knowing what you know now, does this change things for you with regards to getting Torna? Let us know! Oh, and don’t forget to check out the possible home menu icon below: