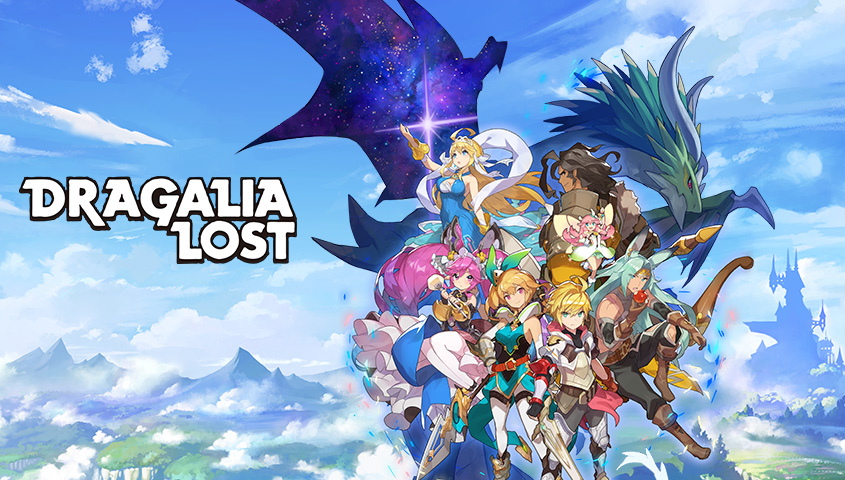 If you intended to watch the Dragalia Lost Mobile Direct, bad luck bub, as you’ve just missed it, but if you were hoping the game would be good, based on what we have just seen, the answer is yes.

There are a few similarities to Fire Emblem Heroes, especially due to the fact that there is a summoning mechanic to the game, strengthening characters by levelling up the number of stars they have, more than 60 playable characters and more, but Dragalia Lost genuinely looks like mobile a game worth playing.

Characters can be swapped via the press of a button, the dragons you form packs with, each has something to other in battle, there are elemental advantages and what’s more all quests can be played as part of a supported multiplayer mode, there will even be multiplayer events and players will have the means to create their own rooms and invite other players.

Below we have the official recap of today’s news and a plethora of images that are our own personal highlights, from today’s Mobile Direct, enjoy:

The Free-to-Start Action RPG Launches for Smart Devices on Sept. 27

REDMOND, Wash., Aug. 29, 2018 – For the first time ever, Nintendo is introducing a new IP directly on smart devices! With the Dragalia Lost game, players can enjoy a fast-paced action role-playing game set in a fantasy world of warriors, magic and dragons that’s specifically designed to play on smartphones, but with the depth typically reserved for dedicated video game systems. With intuitive touch-screen controls, colorful fantasy graphics that pop off the screen and the option to join up online with up to three other players in co-op story quests, events and Raid Battles, the game can easily be enjoyed in short bursts or longer play sessions.

Nintendo debuted a video detailing many of the features coming to Dragalia Lost. To view the video presentation in its entirety, visit https://www.nintendo.com/nintendo-direct/08-29-2018/.

“Our mobile strategy is expanding with the launch of Dragalia Lost, the first original IP from Nintendo to launch on mobile devices,” said Doug Bowser, Nintendo of America’s Senior Vice President of Sales and Marketing. “Fans are looking for a variety of experiences on mobile devices, and this vibrant action role-playing game perfectly complements our other mobile games, while also offering something completely new.”

In Dragalia Lost, players build a customized party of adventurers and set off on a grand journey – one that will take them to a variety of locales to save the Kingdom of Alberia from mysterious evil forces that are corrupting the realm. While exploring the world, players control their party of adventurers in battle, even transforming into mighty dragons to unleash devastating attacks. Along the way, players can discover more than 60 companions for their party that offer a variety of different weapon classes, combat abilities and elemental properties.

Battles are performed in real time to keep players in the action, dragging their fingers on the screen to move their characters, tapping or holding to engage with various attacks and flicking along the screen to dodge. It’s all very intuitive and easy to pick up for any type of player. And by using the in-game currency Diamantium or Wyrmite, players can summon new characters, dragons or special accessories called Wyrmprints that can be equipped for powerful abilities or bonuses. Wyrmite is earned in the game as a reward for completing quests, while Diamantium can be purchased using real-world money.

Dragalia Lost is all about letting players play how they want. Party members can be customized in all sorts of ways, whether it’s through new equipment or leveling up and earning new or upgraded abilities. Dragalia Lost even offers synchronous online multiplayer with up to three other people who have the game, so friends can share the experience throughout the game’s main story adventure, additional quests and event raids. For more information about Dragalia Lost, including how to pre-register, visit https://dragalialost.com/en/.

For good measure, just in case you want more, here is the video of the actual direct you missed, and a game announcement trailer for Dragalia Lost: