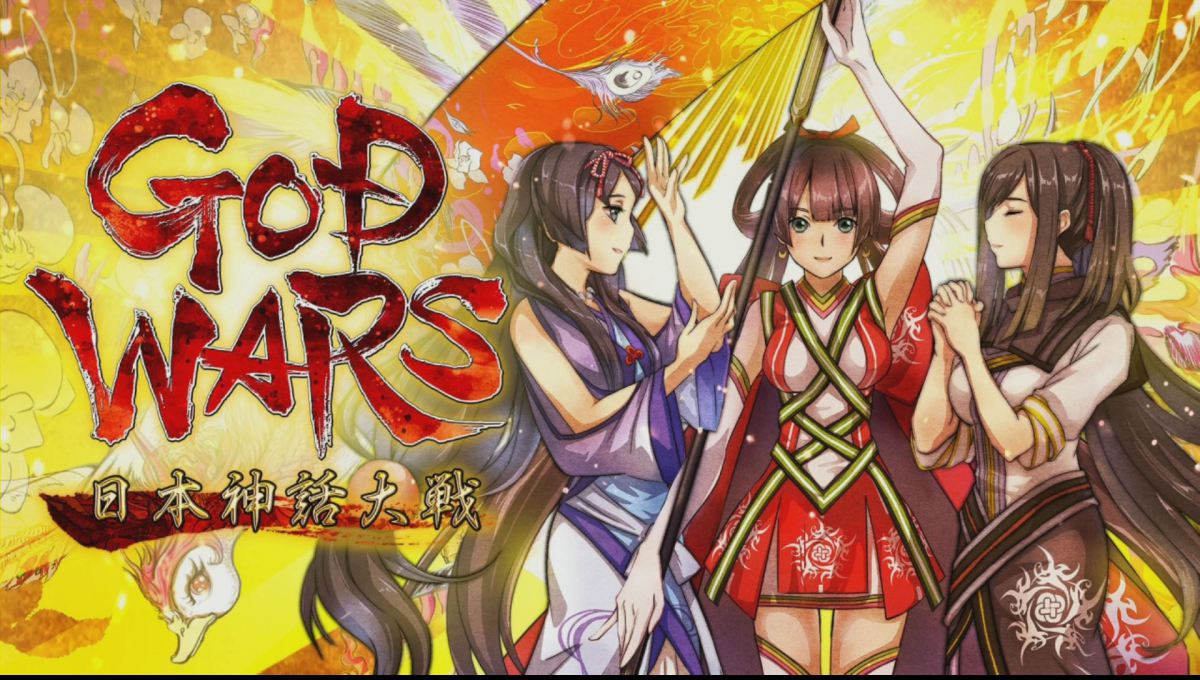 Japanese history and folklore oftentimes have elements of the natural and supernatural closely woven together to provide a wonderful experience in esoteric and historical recounting’s. This paints a wonderful picture of what games from the west can illicit from us here in the east. Many great Japanese inspired games have luckily found their way west and last year we received God Wars: Future Past which was firmly entrenched in Japanese history and folklore. Now, God Wars: The Complete Legend will be out soon for the Nintendo Switch and it is a tactical RPG with a deep job system which will keep people who love Final Fantasy Tactics or any other type of Tactics game busy for a long time. This version also comes with the “Legend of Yomi” expansion which adds even more content to an already epic-sized title.

Throughout your adventure, you will form a unique cast of characters delving into a story of love, betrayal and companionship. This story takes place long ago where natural disasters led Queen Tsukuyomi to sacrifice one of her daughters, whilst sealing the other, Kaguya, into a prison for when the gods needed a sacrifice one day in the future. After this, she disappears and now her childhood friend Kintaro saves her from her fate one day. This signals a chain of events leading to different ways to appease the gods, leading them on an adventure to discover the truth behind her mother’s choices and how to save the land from the wrath of the gods.

The art style with the settings, characters and world settings are very interesting. The character visuals and chibi influenced character models also have good quality and are pleasant to look at. While the in-battle graphics are stylized in a way that could easily be created on a previous generation console, the artwork representing the characters is well animated and the world map and in-game designs are very well done. There are also some fan service character designs for those who understand the intricacies of Japanese folklore and take a liking to the overly dramatized mythical aesthetics. Each and every character is overflowing with personality and bravado, making it quite easy to find a team of favorites.

God Wars’ gameplay is a traditional take on the tactical RPG and players who enjoy the isometric strategy from any Tactics game will feel right at home. As you explore the world, you will engage in encounters and this is when combat unfolds over a turn-based battle system where you maneuver your units to gain the upper hand on opponents. Each one of your units has a unique job as well as a main job, which determines the weapons they can equip and finally a sub job which gives additional skills. In addition to the unique job classes, players can visit a shrine before battles to boost abilities and powers resulting in stat bonuses during battle to help emerge victorious.

A character has a main job which helps in providing what is equipped and certain skills. It can also determine what stats are present, and provides further abilities to unlock several other job-specific skills. You will also have a sub job which gives players more skills to utilize. When equipping a unique job, the skills are permanent and provide even further specialization when it comes to the skills available. Jobs all go under three main types: Physical Combat, Offensive Spell-casting and Recovery Support. As you level up, you will be progressing further through beginner, intermediate and advanced level jobs.

The specific jobs correspond to combat/medic roles and are quite numerous. There are warriors, armored tanks, samurai, archers, hunters, priests, monks, magicians and dozens of other more exotic and nuanced roles like celestial, elemental, and barrier creator. Each of these classes have unique skills which define the job, allowing you to create a great mix of units and strategize whom you would like to take into battle.

One neat way God Wars differentiates the job classes is in how they all tie together. Each class offers different growth potential, and you can unlock passive abilities which you can then equip while your character is in another job, creating a mix of primary and secondary jobs and passive skills to craft a truly unique character. The possibilities are nearly endless. As you progress, you unlock fourteen playable characters, thirty different job classes, and over 400 different skills to mix, match, and level up. You can also customize over 250 different pieces of armor, which will become invaluable when the enemies get tougher and incorporate more diverse strategies.

The battles are broken down by Turns with every character getting a chance to move and act. Timing is absolutely critical, as you may want to use a weaker spell to save MP in the chance the enemy is not defeated. Defeating enemies earns JP which you then spend to learn new skills and leveling up. When attacking or positioning your units, you have to take into account every aspect of the battle: tile height, enemy positioning, weaknesses, the other variables. The game truly excels at bringing back the feel and pacing of any Tactics video game, even down to progressing the story and the world map, which consists of towns, battles, and places to rest.

On the topic of strategy, God Wars features an interesting “impurity” mechanic, which is a meter that increases when you attack enemies or heal allies. For example, if you rely on one tank or have a particularly adept healer, the enemy will focus their attacks on them. You can taunt the enemy with a character with a ton of HP to get the enemy off your character in dire straits, or use magic to temper the impurity level so they lay off naturally. This becomes a balance measure and really provides an extra strategic layer in most battles.

Overall, the historical setting and wondrous use of Japanese history gives God Wars: The Complete Legend an interesting backdrop with plenty of incentive to explore, and also accomplishes providing a well thought-out foray into the deep tactical RPG genre. It does a good job of giving context to the battle areas and the deep/complex job system makes the game more approachable from a gameplay perspective. While the story can be lackluster at times and the Tactics’ influences feel too old school for something this day and age, God Wars provides a nice homage to the tactical RPG’s of the past while reminding us of what we love about them.