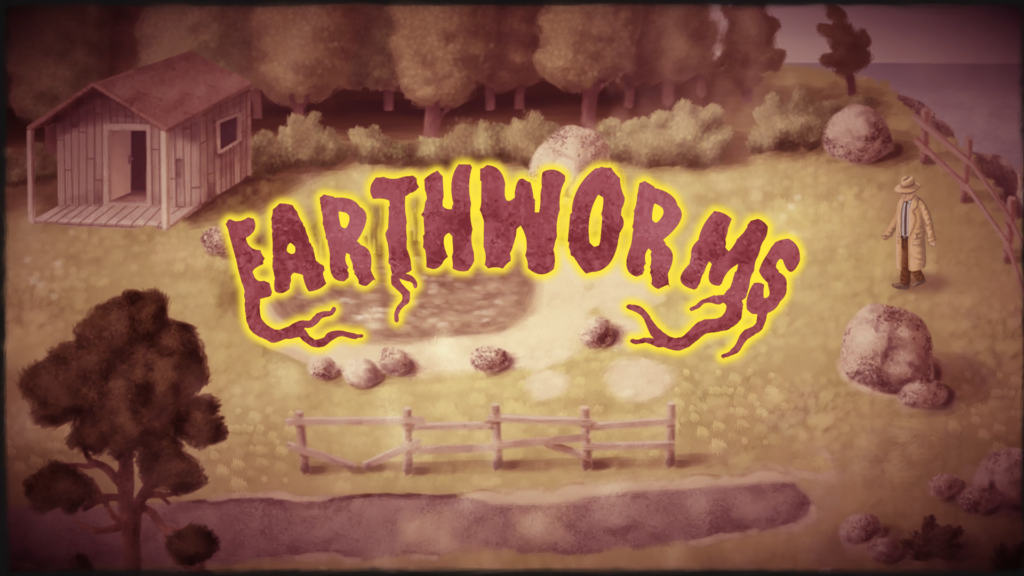 Developer: All Those Moments

A psychic detective and a whole lot of tentacles, what could go wrong?

What does The Darkside Detective and Thimbleweed Park have in common? Well, they’re both highly praised point-and-click games that feature inquisitive protagonists and they’re both playable Switch. But a new title is set to join their ranks.

Released on Steam earlier this year, (February 23, 2018) and developed by All Those Moments, Earthworms is a yet another detective focused, point-and-click adventure game that just so happens to have a touch of the paranormal about it. Then again, all of that is to be expected from a game that does take inspiration from the likes of Donnie Darko, Twin Peaks, X Files, Stranger Things.

Even the artistic sci-fi “hand-painted” surreal surroundings, of Earthworms take inspiration from Edward Hopper (a talented painter best known for his oil paintings.) Personally, the more of the locations I saw, (all 34 of them,) the more they grew on me, but because there are 34 of them, depending on your puzzle-solving prowess, can take you between 1-2 hours.

Enough about that though, let’s talk story. Earthworms is the story of one Daniel White, who 20 years previously, started having visions and has been trying to get ahead of the impending troubles, by working as a private detective. What would start as a regular day for him, would soon see him taking on a case that requires him to travel to the Island of Dar.

But what is this Island of Dar? Well, on the surface it’s just another island, but within the first 10 minutes of playing Earthworms, you will come face to face with a tentacled-creature not of our earth (i.e. the Earthworms) and its appearance, it won’t be the weirdest thing you’ll encounter as things swiftly go from trippy to completely otherworldly.

Although I could go into more detail with certain events that play out, Earthworms is still a newish game that did debut this year, so there is plenty of things about it I will say nothing about, as some is better experienced first-hand, but there are portals, mysteries to be solved, skulls, and a whole lot more lying in wait.

In typical point-and-click fashion, there is plenty of going backwards and forwards, looking for items that will help you to advance, there’s an easy to use inventory and the touch-screen controls do actually do the game justice. I found them to be the best way to play and had they did help to speed things up. But, if you must play with a controller, single Joy-Con is supported, as is dual Joy-Con and Pro Controller. The only thing you can’t do is play with a friend, but Earthworms isn’t a co-op game anyhow and is pretty good exactly as it is.

While Earthworms is not quite on the same level as Thimbleweed Park and The Darkside Detective, provided you liked either title, there are plenty of things you will enjoy about Earthworms. The pacing may feel like snowball barrelling downhill, but the soundtrack is pretty good and helps set the tone atmospherically, gameplay is decent and you can beat it in a single playthrough. If you must walk away though, you will need to save manually as there is no autosaving.