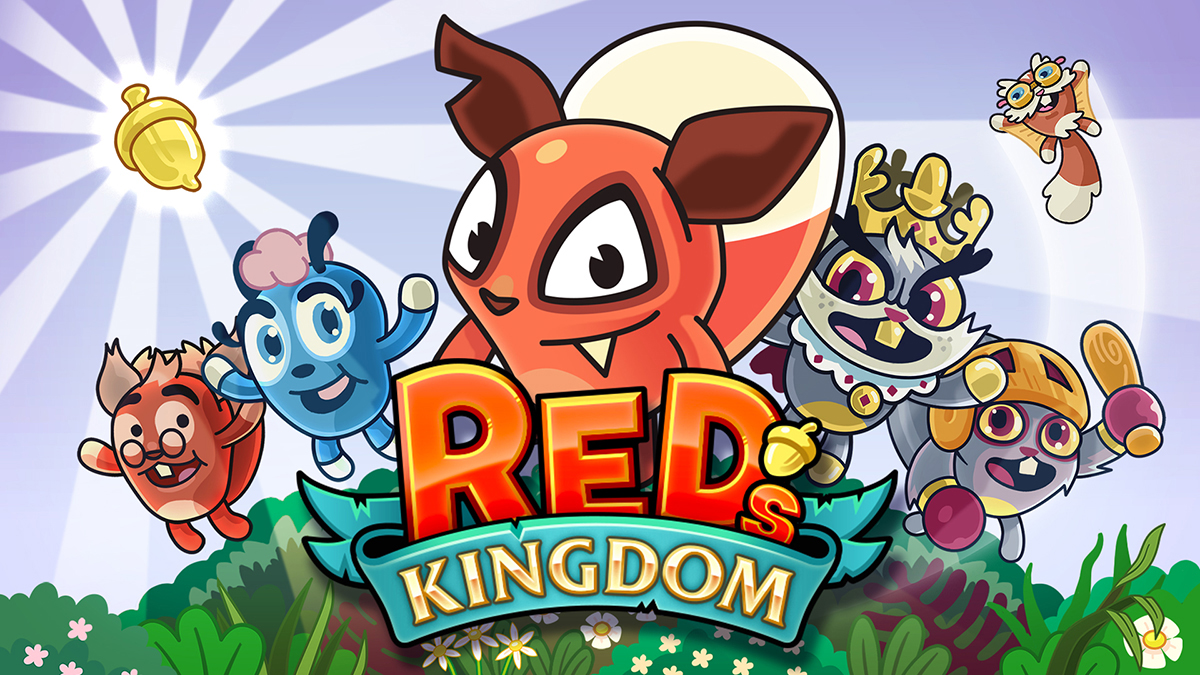 August 17, 2018 7:25 am Published by minusthebrant Leave your thoughts

Red’s Kingdom, from developer Cobra Mobile and publisher Rising Star Games, is a charming indie title that allows you to freely roam while using gameplay mechanics from a sliding puzzle game. It first released on PC and iOS last year, but is now out on the Nintendo Switch. While I was worried at first about this just being another port of a mobile game, something we are seeing more frequently on the Switch, I am happy to report that this a wholly unique experience that puzzle fans should enjoy.

In Red’s Kingdom, the core gameplay loop centers around moving from one room to another (whether indoor or outdoor) solving various sliding puzzles without the linear progression most puzzle games incorporate. There are also Metroidvania-like components to Red’s Kingdom, with rooms that aren’t accessible right away, but eventually allowing you to take any route through the environments. It’s similar to a Zelda exploration experience where you are always trying to find an item to unlock the next room to solve.

One thing that can’t be overstated in Red’s Kingdom is that you will do a lot of backtracking to find keys, gems, and other secrets that are hidden throughout each segmented level. Backtracking does become an issue when all you want to do is get to the next room, but usually, the rooms are laid out well enough that if you’ve already solved the puzzle before it’s not too hard to get through again. Luckily, there is a nice map feature that allows you to see where certain keys are located to unlock an area. Each room is a puzzle, and this is implemented in how you move about a stage with Red as he does not stop moving in one direction unless something is in his way.

Red can only move in four directions on an isometric plane and once Red starts rolling, there’s no stopping him unless an external force stops his movement. You ricochet around rooms like a pinball to defeat enemies and collect every acorn you can find. Aside from a few abilities gained incrementally throughout your playthrough, there’s not much else to the gameplay. One way to change things up was that you can make the pace of Red’s Kingdom as fast or slow as you want it. You can try moving through areas quickly to try and solve the puzzles fast, or you can take your time and strategize how to correctly go through a room in as little moves as possible.

Trying to solve a puzzle for every room, plus backtracking through previously completed rooms with the way Red moves seemed too tedious as a way to get around. Fortunately, as I progressed through the rooms and became more familiar with the environments and the basics of movement, getting where I wanted to go eventually became second nature. Each room is designed in a way that getting stuck is hard to do, which is appreciated for how much backtracking occurs and if you do get stuck all you have to press is the B button and start right back at the checkpoint.

Graphically, Red’s Kingdom looks great with vibrant colors and a charming art aesthetic that feels right at home on the Switch. While you can probably, Red’s Kingdom started as a mobile title, the art-style looks crisp and clean providing the title with a sense of style. The music was also well implemented and managed to capture the adventure-like tone while also feeling relaxing if you just want to take your time. While the soundtrack changes depending on the environment you’re in, such as caves, inside a stronghold, or outside in the woods, the music always fit the surroundings, even if the bagpipes would outstay its welcome sometimes.

At first, when you play the opening areas the limited movement can feel frustrating, but the map is filled with many different types of traversal puzzles and it’s fast enough to make each new puzzle not overstay its welcome. While the environments do look too similar at times, I never really found this as much of a hindrance. It keeps you focused, and makes every new area feel more natural as you continue to learn the nuances of the puzzle mechanics. Eventually, you get use to rolling and all the different ways to solve certain segments.

Like many great puzzle titles, it does a whole lot with very little. I was impressed with how easy it was to maneuver Red from screen to screen, especially with how difficult some of the rooms tended to be on my first time through. The gameplay mechanics may seem simple, but the puzzles ramp up in a way to not cause much frustration even when there’s a difficulty spike. Most of the time you can solve puzzles by trial-and-error if you do get stuck.

Overall, Red’s Kingdom is a solid little puzzle title that you can tell the developers put their heart into creating. Even with the limited resources available, they managed to craft a beautiful puzzler that is not only fun to play, but addictive as well. While the adventure-like setting doesn’t always work for a sliding puzzle type of game as this, there is enough puzzle solving and originality to make Red’s Kingdom worth a look on the eShop. I commend Cobra Mobile for successfully melding two genres and providing an enjoyable experience.