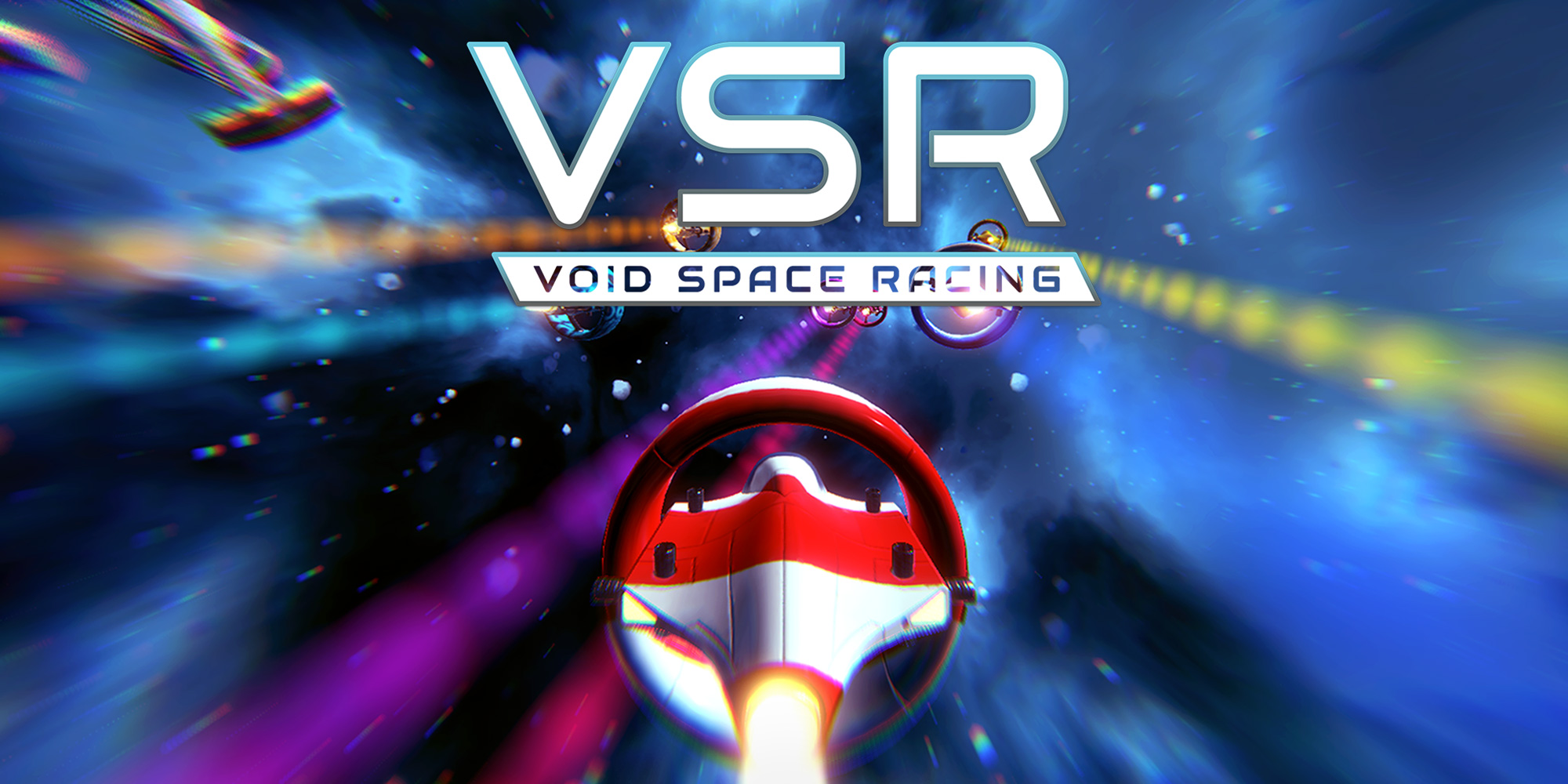 Get ready to experience an interstellar race like never before as you have to plan your trajectory well as the smallest of errors will have you flying so far off course, the race will be over before you can get back “on track.” This is VSR: Void Space Racing.

Based on the game Orbital Racer by Pawel Dywelski, VSR: Void Space Racing is a “Fast-Paced” racing game that has you navigating around satellites, asteroid fields and planets whilst trying to beat seven other opponents for 1st place. The game is developed by SONKA and has been adapted for the Nintendo Switch with new flight models, AI, music, altered graphics and a new name to boot.

VSR: Void Space Racing pits you in a spacecraft and has you race through 8 different locations set in Space. There are no racetracks to adhere to, only checkpoints at irregular intervals that you have to weave into, with the winner being whoever makes it to the final checkpoint first without missing too many checkpoints.

Graphically, VSR is very easy on the eye and the visuals are quite a sight. Unfortunately, this is a racing game and not a sightseeing game so you will spend most of your time trying to reach checkpoints before your opponents. As all races take place in outer space, you will be orbiting around satellites and flying through asteroids so you won’t be missing anything outstanding like colourful space vegetation or a UFO casually floating by.

The music is very much an electro-pop similar to that in Astro Bears Party. It is not excessive or aggravating so you won’t have to worry about complaints from the neighbours. The music does however, bleed over the in-game sound effects on the default settings so you do have to adjust the sound somewhat if you want to hear those cool Sci-Fi sound effects.

There are three types of game modes; Time Trial, Single Race and Multiplayer. Time Trial has you speed along a course of your choosing, in an attempt to get the fastest time possible. Single Race pits 8 racers against each other and has them try and outdo each other, sometimes sacrificing perfect trajectory and missing a checkpoint or two in order to push up the ranks to pole position. Multiplayer is the same as Single Race but allows two players to play on a Splitscreen.

Initially, you start off with only a single craft with the option to customize it with 8 different colours. You can unlock two more crafts by coming in first place on certain courses. There are 8 race courses with only one playable from the beginning. The other seven have to be unlocked by coming first on the previous race course.

The races themselves are actually quite challenging. With no actual boundary markers and only two arrows pointing to the next checkpoint and the one after, you can very easily fly off course and lose your bearings. The very physics of the game is based on no friction as there is no friction in space. If you fly at full speed in one direction and try to turn, the lack of friction will keep you on your original course whilst rotating.

The very shape of the crafts you are flying have boosters all over the circular shaped structure surrounding your craft. Knowing when to accelerate, brake or rotate your craft is paramount in getting the edge on the opposition and in this game, you will be learning over and over again.

The AI are exceptionally tough, even on the easiest difficulty. Human error can open windows of opportunity to take advantage of. The AI on the other hand, make very little mistakes and rarely veer off course. Fortunately, the colourful trails that are left behind each racer does give you an idea of where you should be going, providing you are not in first of course. The learning curb in VSR: Void Space Racing will certainly separate the pros from the noobs.

Unlike most racing games, where your finger hardly leaves the acceleration button, you must constantly remove and replace in order to make sharper turns without flying off course. It will happen a lot and can be very annoying. I spent around 30 minutes trying to get the hang of the controls. I eventually did and after another half hour, I could finally place first… on the easy difficulty.

You can play easily enough on a single Joy-con. The SL & SR take over from L & R in the rotating your craft and the A and B button control the acceleration and brake respectively. The Joystick is used to angle your craft in the direction you want to go. A reticule on the screen points in the direction your ship will be heading. You have to position yourself in a way that the reticule lines up inside the checkpoint rings in order to successfully pass through them. Failing to do so, will penalise you by adding extra time to your time trial or count towards forfeiting the race in single race and multiplayer.

As a racing game, I felt there was a significant lack of the adrenaline pumping rush that normally comes with these types of games. Speed is hard to distinguish so you can’t really determine if you are going fast or not, except for the small speed marker in the bottom right corner that you will almost never look at. Doing so, can take your focus away from where you are going and instantly throw you off course.

With the exception of a couple of vehicles and the other race-tracks, there are no other unlockables, so in about an hour of play time, you will have everything. When you do, you will find there is very little reason to keep playing unless you really want to get the quickest time on the leaderboard. You can get a little more replayability with the Multiplayer but with only 8 tracks to choose from, you will soon be bored and want to play something else.

The visuals of VSR: Void Space Racing look good but I wasn’t exactly wowed by the gameplay. The Music is energetic and the premise of the game sounds exciting but it falls flat on delivering an exhilarating gameplay experience that most people look for in a racing game. VSR would appeal to those that want something different, something that challenges the very physics of space. Multiplayer between two players will be fun for a little while but VSR just doesn’t quite quench the thirst for an impactful space racer. Fun in small doses but you won’t be itching to get back to it any time soon unless you want to laugh at your friends as they struggle to get to grips with the controls.