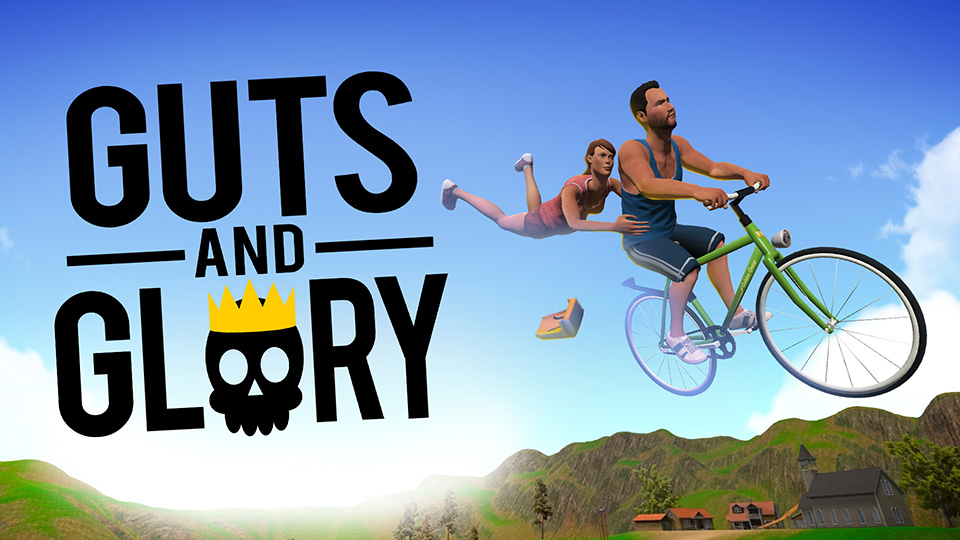 All guts, no glory.

As a gamer, I can honestly hold my hand up and admit that when it comes to the Nintendo Switch, there have been games where I have wished they would come to the Switch. As a video games journalist and reviewer however, I actually have the means of contacting certain devs and asking them about a Switch port of a game I desire and this is something that happened with Guts and Glory.

Upon seeing a trailer for it earlier this year, I swiftly become obsessed with it and 2 days later, tinyBuild did their first #HelloSwitch video. Out of habit, I sent tinyBuild an email to congratulate them on the stream, and the reveals and inquired about the possibility of porting Guts and Glory to the Nintendo Switch and their reply was it was something they’d look into.

Fast forward to late July 2018 and Guts and Glory on Switch is a reality and available for playing right now. But, just what the hell is it and how does it play? Well, developed by HakJak Productions, and published by tinyBuild games across multiple platforms, Guts and Glory is a very violent game unlike most you have ever played. Borrowing gameplay elements from puzzle and racing games, Guts and Glory is a game that makes going from point A to point B, the most dangerous thing in the world.

Described as being “the craziest game show on earth,” although there is no substantial story to Guts and Glory, there is more to it than just a bunch characters who must avoid despicable hazards. For starters, the Yang Family aren’t just avoiding traps, they’re actually trying to get somewhere and during one of their levels, they must overcome cannons and landmines, just to find a safe place to park. Whereas the redneck Earl just wants to trash stuff and get away with it.

Before covering the controls and graphics, let’s go over the content. From a main mode to a Halls of Glory mode, there are plenty of different levels and challenges for players to try their hand at, but just because one level requires you to drive straight to the finish, others will ask a whole lot more from you. Some will beg of you to endure through an Itchy and Scratchy-like theme park and some will have faeces fired at you, laser shooting cat statues you must avoid, spikes, aliens and that’s just scratching the surface!

Now, as fun as all the hazards are, with so many ways to die in Guts and Glory, there is a reason why Guts is in the title. Not only can the deaths be bloody, absolutely glory and have things like limbs and more becoming separated from a person’s body, but even with non-realistic graphics, what is shown on screen can be quite a bloody mess.

There is more than enough violence in this game that as a parent, you would be in your right to withhold your child/children from playing it, but before you write Guts an Glory off for good, in the game’s settings, gore and blood can both be turned off and things like the blood size multiplier and blood spray amount, can be reduced. Meaning, if you wish to tone down the game, you can, but it just won’t be the same.

As bad as all the gore can be, it is what really does the game proud as it really helps to make each epic death, all the more epic! Although saying that, they do feel a tad ugly when compared to the Xbox One and PlayStation 4 versions of the game.

Moving on to the controls, they are not the greatest in the world as movement can feel sluggish. Sure you can slow things down via pressing Y to activate Adrenaline, but Adrenaline only lasts for 3 seconds at a time and a delayed response to swerve to safety, will more often or not, result in yet another death. Thankfully, there is no limit whatsoever on how many times you can try a level, so dying is more of a hindrance than an issue, but unless you learn from what killed you, you will be fated to repeat the same mistake. Also because of orange coloured checkpoints, when you die, you can respawn at the last one you activated, but if your chosen character of Pedro, is just not doing it for you, you will need to completely start the level over so that you can play as someone else. You can also use this time to select 1 of the game’s 32 available headwear, provided you have unlocked them.

It is worth pointing out though, that not every character is on their own as Jack has Jill, Mr. Yang has a family, Pedro and Co. and even John and Debra. Should any of the non-drivers die, or your car is nearly completely trashed, you can carry on until you choose to respawn, or die. Until then, you are welcome to keep on going for as long as you’re able.

To quickly go over the other button controls though, R and L can be used to roll your character when airborne, X is used for boosting and ZR/ZL plus the left analog stick are used for accelerating and steering. You can also use the left analog stick to pop a wheelie whereas the right analog stick is for the camera but it is not the best camera in the world as I found it to get in the way more times than not.

Sadly, as fun as Guts and Glory can be though, the game is not without a number of issues. From really long-winded loading screens that take forever, only to occasionally have the player be dead already by the time the level loads up, to a poor camera that could have been better and controls that could do with being tighter, Guts and Glory has plenty of things it needs to improve on. The worst of them all though, is the framerate issues.

Not only can the slow down screw you over, but it all just feels so unnecessarily, especially when it and the other issues greatly hurt Guts and Glory’s appeal. Sure, it’s an insanely fun game to play, but it is not a game for everyone. Whereas some will play this game for hours on end, the majority of those who play it might put up to 5 hours into it and then move onto the game in their backlog. Faults or not though, I for one am still glad it’s on Switch and I don’t regret playing it in the slightest!

Wonky controls, framerate issues and excessive gore aside, there is no doubt that Guts and Glory is an immensely enjoyable game. So what if some of the levels prove too difficult for you? It just means you have to try it as someone other than you’re preferred character, or come back to it later. But with so many fun ways to die, even if you can’t pass a single level, with a number of them already available to you from the get-go, there will still be hours of gameplay for you to enjoy, via the means of trying to discover the most creative way to kill Jack and Jill. After all, with video capture supported, it would be a shame not to film the good stuff and share it with a friend now, wouldn’t it?