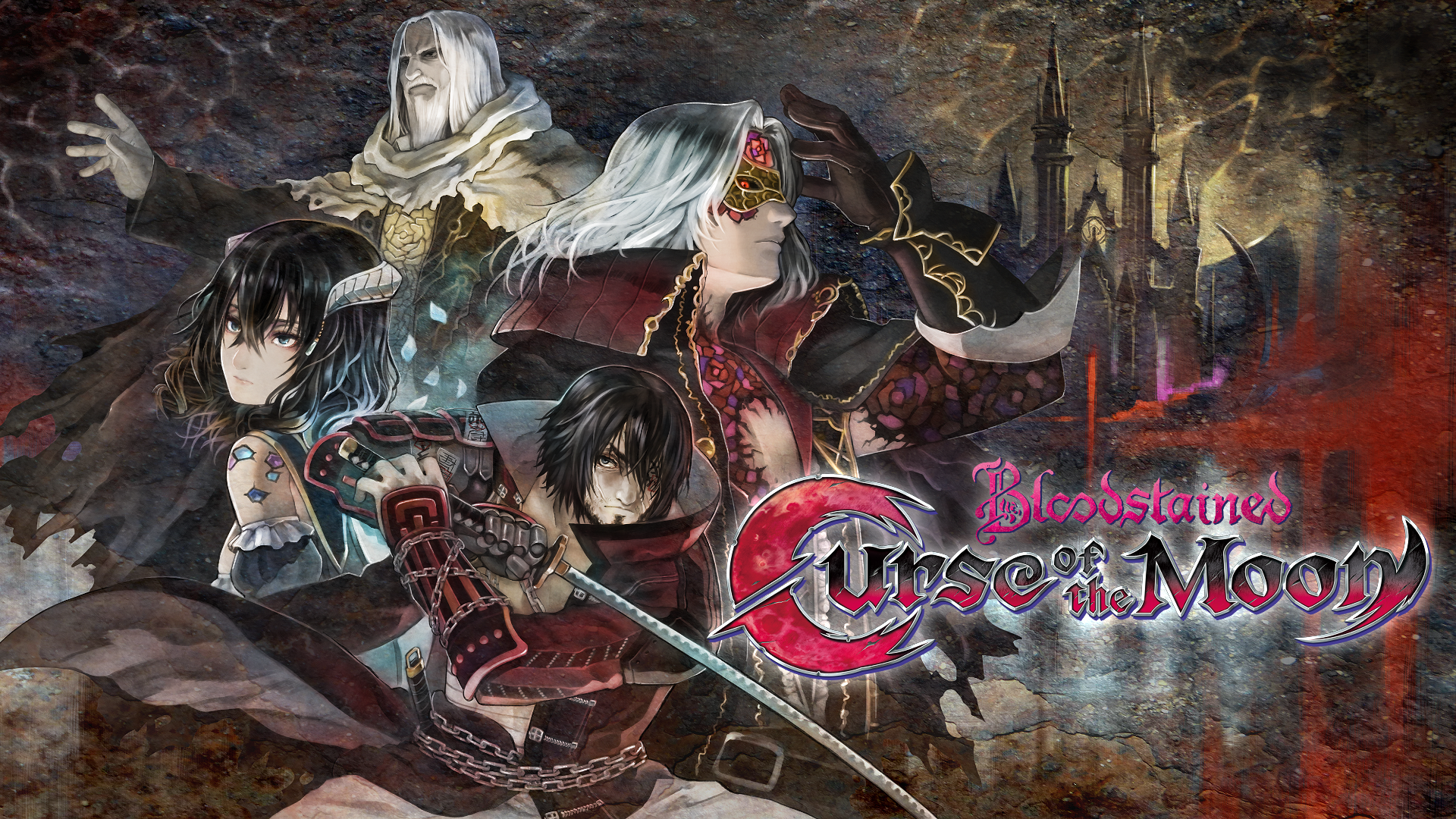 Say “hello” to the Castlevania successor we have all been waiting for!

Back in the early 90’s, whenever I wasn’t playing a Zelda game, I was playing Castlevania, on any console I just happened to get my hands one. From the original NES game to Castlevania III: Dracula’s Curse, those games were truly something else. Each one a masterpiece in their own right that launched the popularity of the series so much, that it’s still present in today’s society. Even the very popular Castlevania Netflix series is based on Dracula’s Curse, but the original games were too good for their own good.

Castlevania games are still something we play today, but as much as the media and gamers like certain titles, they’re just not the same as the Castlevania a lot of us saw and fell in love with. But, just because the old ways are gone, it doesn’t mean they are forgotten. In a bid to bring back the Castlevania fans deserve and Konami seemingly unwilling to help, Castlevania Producer Koji Igarashi, decided to make a spiritual successor to the series he loves, in the form of Bloodstained.

Since its Kickstarter campaign started in 2015 and was successfully funded, there’s been a lot of talk about Bloodstained: Ritual of the Night in the last few months (it is due to release this ear after all.) The game doesn’t just look great, but it truly has the promise to be the game many of us have been begging for, only now, we’re getting a lot more Bloodstained then we bargained for.

Although there was a stretch goal as part of the Kickstarter campaign, for a bonus retro game, it still came as a surprise when Inti Creates revealed earlier this month that the retro game would be a reality and that Bloodstained: Curse of the Moon would release this month no less, for Switch, 3DS, PlayStation 4, Vita  and Steam. (Xbox One release is on June 6.) Not only would it be releasing so soon though, but the game, with some involvement by Koji Igarashi, was actually developed by Inti Creates with Igarashi giving the dev team the space they needed to work their magic, whilst still being present enough, to make sure Curse of the Moon was a good fit for the Bloodstained brand and tie in with Ritual of the Night.

The thing that is more surprising than the reveal and speedy release though, is the fact that Curse of the Moon is what fans have been yearning for. It doesn’t just look like a NES Castlevania game with an 8-bit aesthetic, but it also plays and sounds like one. Although to give the soundtrack something a little different, it also has an essence of Mega Man to it and the fusion of Mega Man and Castlevania, is pure heaven! Sure, it is a game you can spend 90 minutes on, completing its 3 available modes, but there is so much replicability in this game that once you have played Curse of the Moon, it’s hard to ever imagine a time you don’t come back to play it and that’s all f0r the low and justified price of $9.99.

Now, that’s enough of the history lesson, so how about we start talking about the game’s plot, and take it from there? Curse of the Moon, is the story of Zangetsu. “Wrapped in crimson garb with eyes like fire,” Zangetsu is a demon slayer, relentlessly pursuing the demons who cursed him with the moon’s curse and killing all who get in his way as he travels from one dark pit to another. On one particular night, Zangetsu senses the presence of a powerful demon and having swoon to eradicate all demons, regardless of how big a threat they may be, he unsheathes his sword once more and begins his latest quest.

It is that particular night, in which the events of Curse of the Moon begin to unfold, as the game follows Zangetsu’s mission, only Curse of the Moon is not just Zangetsu’s story. With 4 playable characters, who can be swapped out at a moment’s notice by pressing either the R or L buttons, Curse of the Moon is their story, especially Nightmare mode! But, let’s not talk about Nightmare just yet. So, upon starting the game, with only one mode available to you (Normal as the others need to be unlocked,) you will then have the choice of choosing the Veteran and Casual playstyles. With Veteran, you have a limited number of lives (max number being 99 as of the Version 1.1 update) and will be met with a challenge befitting a retro title, whereas Casual offers infinitive lives and no knock-backs upon sustaining damage.

Being a wimp who wanted to rush through Curse of the Moon as quickly as possible for the purposes of this review, I first played with but have since upgraded to Veteran. Moving on to gameplay, no matter who you choose to play as, each character can jump with B, attack with Y and use a sub-weapon with X. Okay, that last one was a lie, not every character can use a sub-weapon as although Zangetsu, Miriam and Alfred can wield three different kinds, with one of Alfred’s being a protective barrier any character can use, in Gebel’s case, X turns him into a bat. A bat that can be used to reach never before accessible areas and short-cuts.

Only, Curse of the Moon isn’t a Metroidvania, so while there are some splits in the path, there’s not all that much exploring to do. Also if you wish to use the “Curse of the Moon” when on the pause screen, to replay an earlier stage, but once time has been revised, you cannot return to the present. All items and power-ups (like more life) will be lost and defeated enemies and bosses will be revived. So, as tempting as it is to go back and get the item that lets you have more Weapon Points that are needed to use sub-weapons, provided you have the skill, you can complete Curse of the Moon without them. (During my first playthrough on casual, I missed a couple, but I still beat the game.) In the event you do choose to turn back time, given the fact Inti Creates used a lot of new tricks to make their 8-bit wonder stand-out in their usual fashion, there is plenty of each level to see, so taking a new path will show you new things. If you want to rush through each of the game’s 8 stages though, you’ll just need to follow the skeletons, as they’ll always point you in the right direction.

Now, because weapon points are a must, they, like hearts to refill your life, can be acquired by defeating enemies that will randomly drop them destroying lamps throughout each level with purple lamps offering sub-weapons. You will want to be choosy with when you use the sub-weapons and how, as Alfred’s shield is perfect for almost every occasion and Miriam’s axe can really lay on the damage against all enemies, including bosses. On the subject of bosses, there is a boss at the end of each level and on the first 3 levels of the game, it is by defeating a boss that you will be able to meet a new ally and have them join you, with the allies being Miriam, Alfred and Gebel.

Should you be the lone wolf type and don’t feel like talking to them, you can, if you want to, kill them. Doing so with unlock new Soul Arts for Zangetsu and allow him to continue on his quest without them. Naturally, this does make the game a lot harder as you’ll have to do without their abilities, but should you make it to the finish line and defeat the final boss, you will experience the bad end and unlock ULTIMATE Mode and a Boss Rush mode. If you’re not a murdering lone wolf, keeping the potential allies alive is also a benefit as it is by making friends and finishing the game with them that unlocks Nightmare mode, which then allows you to play through the entire game as part of a nice New Game+, which skips Stage 8 and goes straight to a Stage 9 once you have beaten 7 and 9 is awesome!

Another benefit to adventuring with friends, is one of them share a life bar, so if one character is low and close to dying, you can easily swap to another and play with them for a bit until you encounter a heart and turn back. In the event you made a heart or magic potion appear, you will need to act quick as they disappear pretty quickly. Should the character die, you will then respawn at the previous checkpoint with that character no longer a member of your team and should everyone die, you’ll all respawn at the last checkpoint. Still, it’s not just taking damage that can kill you either, as there are plenty pitfalls in your path and it only takes one misjudged leap, to undo all your hard work and advancement through a dangerous area.

Talking of undoing your hard work, every boss upon being defeated, will let loose one final attack, so if in doubt that your current hero might not be able to survive it, always be sure to quickly swap to one who still has plenty of life left and if you do anything truly amazing, be sure to take a video of it as Bloodstained: Curse of the Moon on Switch, supports Video Capture! Also, for what it’s worth, while the movement might feel a little clunky, especially the jumps, them and the shortness of the game’s campaigns are the only complaints I have about it. Sure, it’s a bonus game and does have replay value, but Curse of the Moon is such a great little gem, it leaves me wanting more and with Ritual of the Moon not out yet, it would have been nice if the “more” could have been found here.

What Inti Creates have managed to do with Bloodstained: Curse of the Moon is truly astonishing. It is exactly what I had hoped it would be and it really is just a fantastic game that makes me look all the more forward to playing Bloodstained: Ritual of the Night! Curse of the Moon is a must-buy for anyone who is a fan of old-school Castlevania, or just anyone looking to try out a future classic. Not only is Curse of the Moon a perfect Castlevania spiritual successor for Inti Creates, but it is a game that can only ever add to their repertoire, which includes a Mighty Blaster revival thanks to Mighty Blaster Zero and Azure Striker Gunvolt. Not only is AZG a fantastic series of games in their own right, but the series will be expanded even further now that Gunvolt Chronicles: Luminous Avenger iX, is in development. Inti Creates aren’t just creating fantastic titles, they’re paying homage to the past and giving us the chance to make memories like we used to. So, don’t just think about buying Bloodstained, but actually do it, as Curse of the Moon is too good to be true, but true to Castlevania, it is.