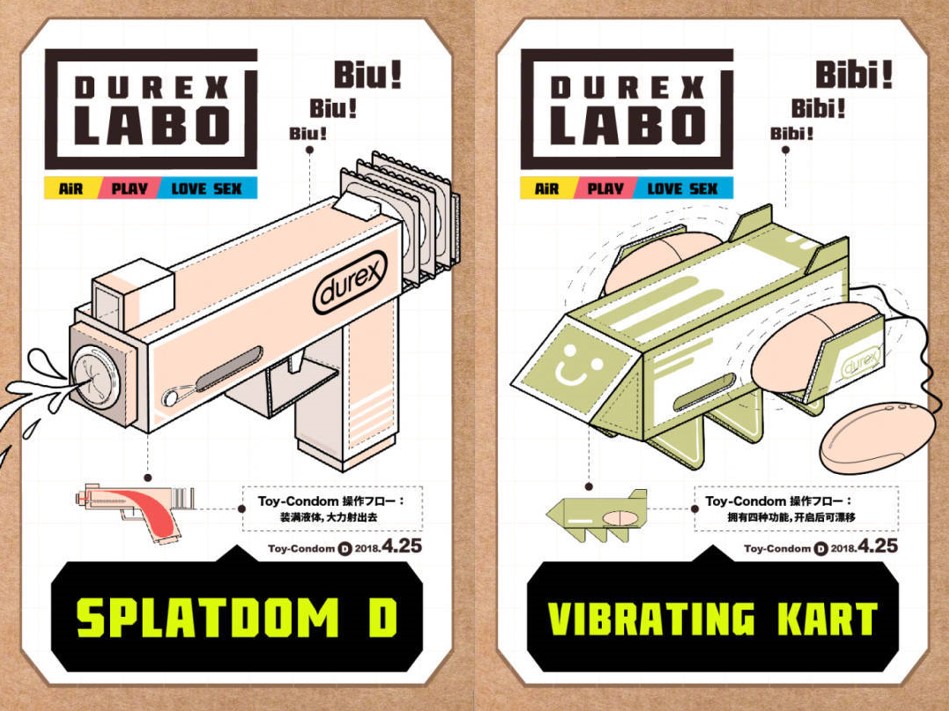 Not what we expected

If you still haven’t heard about the Nintendo Labo, it is Nintendo’s first real foray into the “casual” market on the Nintendo Switch. It uses cardboards as a way to engineer different devices such as a piano, fishing rod, toy car, and a robot among others.

The reaction from numerous fans out there has been fantastic, with people already coming up with their own creations, some of them that already rival Nintendo’s offerings themselves.

But if you were to think of the most “out there” inventions inspired Nintendo’s latest release, the “Durex Labo” would certainly be at the top. What is surely done in good “fun”, Durex has introduced the Splatdom D and Vibrating Kart, which are definitely not intended to be used by children.

When Nintendo asked for unique Labo creations, they did not have this in mind. Nevertheless, it shows another way the Labo can inspire creations. Now we leave it to the ‘ATF’ to see what they can come up with.